Sweden’s self-described “psychedelic/blues/rock/soul” outfit Blues Pills have spent the last few months gearing up to release their new album, Holy Moly!, which arrives today with a new video for the final single, “Rhythm in the Blood,” premiering below.

“Inject some groove into your veins with our new number ‘Rhythm in the Blood’ and don’t snooze on getting a copy of Holy Moly!” guitarist Zack Anderson tells American Songwriter of the track, which sees the heavy rock quintet shredding as vocalist Elin Larsson delivers an earth-shattering warning about a “killer on the loose.”

Holy Moly! comes after Blues Pills’ 2016 abum Lady in Gold and their live 2017 follow-up, Lady in Gold (Live in Paris). According to Anderson, Holy Moly!’s eleven tracks were written from a dark place but still have an uplifting bent.

“This album is something we’ll be proud of even after death,” he says. “These songs are from a very dark period of our lives. So much loss, anger, and anxiety. Sadness and change. A separation into reincarnation. We stand behind every note and every word. This album was created in darkness and it guided us into the light again. One can only hope it will give you comfort too.”

In addition to Anderson and Larsson, Blues Pills is rounded out by drummer André Kvarnström and bassist Kristoffer Schander.

“We got the name [Blues Pills] from a friend of ours Jens Heide,” Larsson told The Rocktologist as the band readied their 2014 self-titled debut album. “He works booking shows for a company called Rock Freaks, and Vortex Club in Siegen, and has a festival called Freak Valley Festival. He had a music blog called BluesPillz with obscure 60’s and 70’ s underground music, which we found a lot of music from. It’s always hard to find a band name that really fits with the music and the people in the band. We felt for the name Blues Pills, since it expresses our bluesy side in our music and pills as our psychedelic sound. So we asked Jens if we could use his name and he was happy about it. I think the name kind of has to grow just like the music. And I do think Blues Pills will, as well as us.”

Holy Moly! showcases that growth both musically and in terms of production.

“Basically, we made the album by ourselves and recorded it by ourselves, as well,” Anderson told The Rockpit in a recent interview. “We have our own studio in Sweden, and we started out by getting together in the studio just to make demos but we never could have known that it was going to become the final album when we first started. As we started putting the demos together, we realized it was starting to sound pretty good, so we decided to take it one step further and then we started to see the final album slowly evolve from that.”

The album was mixed by legendary engineer Andrew Scheps, whose credits include Hozier, the Red Hot Chili Peppers, Lana Del Ray, and Beyonce.

“It was like a dream come true for us and totally unexpected because we didn’t really know who was going to mix the album up until the very last second,” Anderson continued in the same interview. “The album was practically done, and we really didn’t know who was going to mix it. Our manager contacted Andrew early on to see if he could do it, but we never heard back, which is what you expect with a big name like that. So, we didn’t hear anything back for a really long time and then suddenly at the last second when we were all getting stressed about who was going to mix it, all of a sudden he actually wrote back and said he liked the music and he wanted to do it.”

Check out the final product today, and watch Blues Pills’ “Rhythm in the Blood” video below.

Holy Moly! is out now via Nuclear Blast Records. You can order it here. 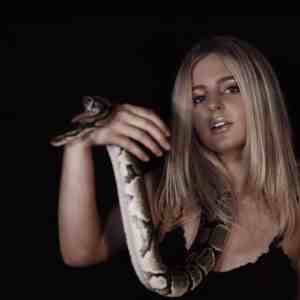 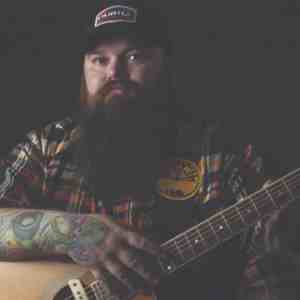