Once he had 35 songs, Richie Kotzen couldn’t stop there, so he kept recording until he reached 50.

Carrying around a hard drive of unfinished songs (some dating back to 1999) Kotzen was also turning 50 and saw his birthday as the perfect milestone to revisit, and complete, some archived tracks. After spending three months adding in lyrics and other missing pieces—and laying down all vocals, guitar, bass, and drums himself—from his backlog, Kotzen gathered them for a three-part album 50 For 50, released on his birthday, Feb. 3.

“I thought ‘I’m turning 50, and I do have more than 50 ideas here, why don’t I stop when I get to 50 and put a record out?’” Kotzen tells American Songwriter. “I only had one chance to do it. I’m only going to turn 50 once. Once I got to 35 songs and took a big dent out of the equation, I realized that I was going to be able to pull it off.”

Kotzen had already finished what would have been his 21st album, a follow up to 2017’s Salting Earth, and was writing new music on tour, when he realized that he still had so many partial tracks lying around. “I hate the idea of having all this incomplete stuff, so I started taking notes and coming up with some ideas lyrically,” says Kotzen. “Then something very interesting happened. When I was finishing the existing material, I started writing new stuff at the same time. It turned into this crazy snowball.”

In some ways, 50 For 50 has been 20 years in the works. Songs “More Than This” and “Already Scarred” were stored on a hard drive since the late ’90s, while others were left off previous albums like “Same Old Town,” which already had drums and bass recorded but no lyrics, was pulled from Kotzen’s 17th release Peace Sign (2009). This new collection of songs could have easily spread across several releases, but Kotzen was more concerned with getting it all finished and out.

“Someone said to me ‘why don’t you finished it and release it over the years,’” he says. “That kind of defeats the purpose of what I’m doing. I’m always going to be writing new songs, so the idea of finishing this and holding it defeats the purpose. I wanted to finish it, get it off my hard drive, get rid of the masters, get it up on Spotify, and never think about it again.”

As Kotzen backtracked, he was also writing new material, including acoustic-led “Innocuous,” “Black Mark,” pierced with some KISS chants and riffs, and uplifting “Warrior.” “That happens in the process, where I finish something that took me years to finish, and then suddenly I have a new idea and have a song.”

Sitting around talking to his wife, he started playing a riff that would eventually lead into “Innocuous,” which Kotzen says wrote itself. After jumping behind the drums, Kotzen literally played “Black Mark” from start to finish and recorded it in one take.

Kotzen’s full range is on display on 50 For 50, moving through all the components he’s managed to master from bluesy and heavy hitting rockers though funk and soulful balladry. 50 For 50 is the bigger picture from his more than 30-year career, orchestrated throughout three parts.

50 For 50‘s first opening tracks move from soulful ballads and heavy hitting rockers, ripped open by Kotzen’s firecracker guitar on “Stick the Knife,” then slows through heartfelt “Devil’s Hand,” drawing on regrets and romanticizing the past. The album’s second selection of songs fill out with funk-fused “Last Laugh,” “Stick the Knife,” “Taking on the Pain,” and “Trophy,” finishing off with a more laid-back third piece with the seamless R & B of “Mountains” and “Let it Slide.”

Recorded mostly at his Los Angeles home studio, some portions of 50 For 50 were also finished earlier at Kotzen’s old studio during the mid-90s through early 2000s, while others were recorded in South American and Asia. “Yea, I get around,” laughs Kotzen. “I travel with a hard drive and a computer set up so I can record my ideas. If I have a day off somewhere in a foreign country, and I don’t want to leave the hotel I can so some work.”

Pieces of “Wait for Me,” were recorded in a hotel room in Peru, while “Pray for Me” features Kotzen banging on the hotel desk for percussion and recording the first portion of the vocals on a cheap microphone while on tour in Osaka, Japan. “If you listen to the recording, the first half is like this eery vocal and the second half, the vocals open up, and you have a different tonality,” says Kotzen.

Making the music was the easy part, but sequencing 50 songs for a three-part album was challenging. “In the end, I think I sequenced each as best I could,” he says. “I would look at it as listening to one disc at a time.”

Like all of his solo work, Kotzen produced 50 For 50, and says there were a few extra songs that didn’t make the cut and may get a separate EP release. Already writing for his next album, Kotzen laughs at the thought of pulling together 60 For 60 in 2030. “No, I think this is it,” he says. “That would be crazy. I think this is a one-time gag.”

Something that will get revisited is Kotzen’s band The Winery Dogs, featuring drummer Mike Portnoy (Dream Theater, Sons of Apollo) and bassist Billy Sheehan, Kotzen’s former Mr. Big bandmate. Even though The Winery Dogs toured in 2019, following third album, 2017’s Dog Years, Kotzen says enough time has passed for some new music by 2021.

Right now, it’s all about the 50 For 50. “I still get ideas and work,” says Kotzen. “Age is just a number and doesn’t mean much. The only reason it’s a talking point is because I came up with this crazy idea to put out this huge record. I’m happy to turn 50. It’s better than the alternative, that’s for sure.” 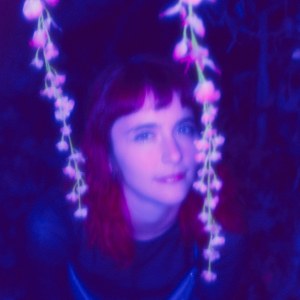 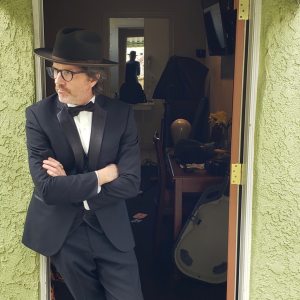