Here just in time for Spring, like a much-needed ray of sunshine, is “Say” by dream pop songstress Winter. The psychedelic and upbeat new track is off the upcoming record Endless Space (Between You & I), out May 15th on Bar/None Records.

Winter grew up in Curitiba, Brazil and moved to the US at 18 to study in Boston. It was during her schooling that she first began releasing music. After high school she took her band to LA’s Echo Park where they built up a local following, and the forthcoming record is the fourth entry in her discography.

Songwriting encompasses a lot more than just telling a story with clever lyrics, for some artists their fans listen because they offer a great groove and music to lose themselves. In a great dance song, great lyrics are an added bonus that usually get discovered on subsequent listens, because a great drum and bass track will sometimes overshadow them. It’s just part of the territory when the goal is to make your audience move, and when asked what she wants folks to take away from the new tune, Winter told American Songwriter, “I want people to dance to it. I want it to make people’s day better.”

With that goal in mind, Winter certainly deliver with the new single, achieving a sound reminiscent of the Cocteau Twins or even Tame Impala, with synths swirling around her voice in a whirlwind of tranquil and ethereal bliss. And with lyrics like, “Stare into the hologram/ Fluorescent lights will complete the trance/ Say say that you want to/ Say that you want to do/ Say all that you want to,” Winter makes it clear that her intent is to create a transcendent experience for listeners of her music, a chance to zone out and ride her wave for a few minutes.

When asked about getting started on this new track, Winter said, “I was inspired by my GarageBand iPhone app. Found dreamy synths and a cool groove and started writing it! I started writing it on my phone, then on my computer, and then re-recorded it with my friend Ian Gibbs. It was the first song we recorded after finishing the new Winter record Endless Space(Between You & I), so technically it wasn’t supposed to make it on the record.”

The best part about using mobile devices and laptops to write music is that they’re always around and easily accessible when inspiration strikes. Winter said she writes at her best when she is “alone and something in the air feels extra exciting,” and there’s something to that. Inspiration can strike at a moment’s notice, and by embracing all the tools at their disposal a writer can run down ideas that may otherwise have never been explored. A drum loop or sampled bass line aren’t enough to make an original song, but they can spawn original ideas just by changing the direction one may be naturally inclined to travel without them.

Winter said her ambition as an artist is “to make ten amazing records or more,” and with her talent for creating great songs with whatever tool she has around to work, that isn’t too lofty a goal anymore. 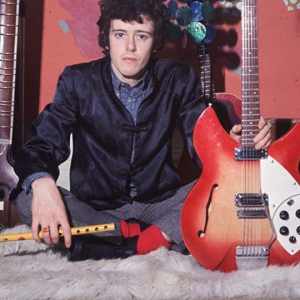 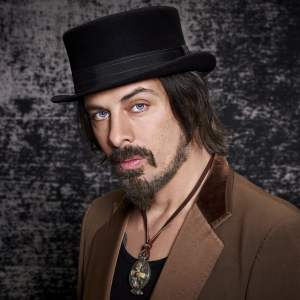