Ringo Starr is celebrating his 82nd birthday on July 7 by gathering in Los Angeles for his annual Peace & Love Birthday event with his family, friends, and bandmates, and sending his message out to space.

At noon, when Starr gives his traditional “Peace and Love” exclamation, the Artemis Mission Control Center in Houston, Texas will beam his message and music—Starr’s 2021 single “Let’s Change The World” and “Star Song,” the music the stars made upon his birth as mapped out by Artemis—to the International Space Station, where it will “orbit around the Earth, passing over many countries and much of the Earth’s population and beam back down messages of peace and love while also traveling out to distant stars,” according to an official descriptor of the event.

Peace & Love is now a global celebration, which Starr started in 2008 to celebrate his birthday, and 26 countries are now involved, beginning in Sydney, Australia, where TV journalist Karl Stefanovic has the first noon Peace & Love event of the day.

In the U.S. the Peace & Love celebrations will continue in New York City; Interlochen, Michigan at the Interlochen Center for the Arts; Cleveland, Ohio at the Rock and Roll Hall of Fame and Museum; Fairfield, Iowa at Maharishi University and finally Los Angeles. For the first time, South Africa will also be involved in the “Peace and Love” celebrations when people in Yeoville, Johannesburg will gather at noon to participate at the Friday Hartley Shelter.

In the past, Starr has invited fans to join him in person for the Los Angeles Peace & Love gathering, but this year the event is being kept private to adhere to city safety ordinances around COVID.

In advance of July 7, and continuing through July 10, The Beatles Channel on SiriusXM will also air special programming celebrating Starr’s birthday, while Starbucks will play a special Ringo Starr playlist in more than 10,000 stores and share a special Peace & Love message at noon at participating locations.

“Peace and love at noon, any way you want to do it, it’s fine by me,” said Starr in a video message urging people across the globe to get involved in spreading the message on July 7.

“This is it brothers and sisters. This is it. Peace and love.” 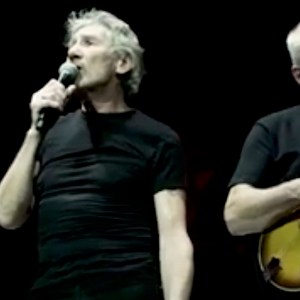