Robbie Robertson, the generally reclusive former primary songwriter and co-founder of The Band is on a roll in 2019. Robertson composed the music for longtime friend Martin Scorsese’s new film The Irishman and played a major role in the feature documentary about his old group (based on his 2016 autobiography), Once Were Brothers: Robbie Robertson and The Band. He’s also one of the non-playing forces behind a new Last Waltz Tour 2019, an extension of the Jazzfest show from earlier in the year. This solo album adds to the recent activity. It’s his first in eight years and only fifth of non-soundtrack material since going it alone in 1987.

Sinematic emerged from working on those projects—one track is even titled “Once Were Brothers”– further focusing attention on a guy who has, for the most part, avoided it, at least in terms of touring. Now 76, and as one of only two remaining original members of The Band, Robertson seems intent on bolstering his musical legacy.

Lyrically, Sinematic lives up to its oddly spelled name. Robertson recounts stories of gangsters (“Shanghai Blues”), growing up (“The Shadow,” “Dead End Kid”), the aforementioned relationship with his old bandmates, sex (“Walk In A Beauty Way,” “Hardwired”) and comments on the current political climate (some of “Let Love Rain”’s lyrics are “Raising hope that tomorrow/There may be peace of mind/As world leaders take us/On a guided tour of hell”), even referencing John Lennon.

Robertson’s guitar adds cool, frequently unsettling qualities to the songs. Guest singers like J.S. Ondara, Citizen Cope, Glen Hansard and Van Morrison (whose mismatched duet with Robertson on the opening “I Hear You Paint Houses” is particularly disappointing) don’t amount to much. But backing vocalist Felicity Williams borrows the spotlight on some tracks, such as the sensual “Walk In A Beauty Way” where she takes center stage, bringing a foreboding and slinky sense of sexuality to the proceedings.

At about an hour and with two, well, cinematic instrumentals—the closing “Remembrance,” with Derek Trucks’ distinctive guitar tones along with atmospheric harmonica and ominous strings, is particularly effective– providing additional texture, the effect eventually wears thin, especially since Robertson doesn’t have a compelling voice.

But the album’s title accurately describes the visual aspects this music conjures. And since Robertson hasn’t exactly been prolific with his releases, there’s plenty of quality music here to bask in. Headphones enhance the experience as they help immerse the listener in Robertson’s edgy, creative and literate world. 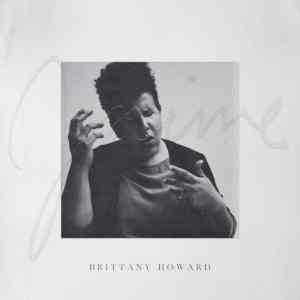 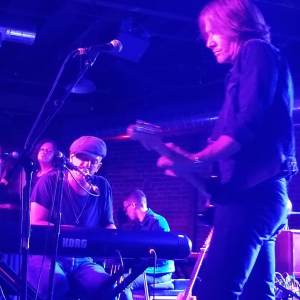