“I’ve been trying to make the most out of everything the past handful of years,” Robin Thicke said.

Depending on who you are, you might know a different version of Thicke—maybe he’s Alan Thicke’s son, or the “Blurred Lines” guy whom Miley Cyrus twerked on at the 2013 VMAs (MTV Video Music Awards), or even the handsome judge on The Masked Singer who kinda looks like a side-character from Entourage. From playlists to television to tabloid covers, one way or another, it’s likely that the cultural phenomenon of Robin Thicke has entered your world at some point.

Yet, for all the fame the 44-year-old singer-songwriter got after “Blurred Lines” proved to be a mega-hit (it’s still one of the best-selling singles of all time), the past handful of years have been marked by a series of losses for Thicke. In 2014, his wife of nearly two decades divorced him; in 2016, his father unexpectedly died from a torn aorta; in 2018, his Malibu home was destroyed in the Woolsey Fire; and in 2020, his manager, mentor and close friend, Andre Harrell, passed away at 59. “It’s been very challenging, to say the least,” Thicke reflected, indeed saying the least… which is actually kinda purposeful.

See, through it all, Thicke has kept a positive attitude and, in addition to all of his loss, his life has been blessed with several new beginnings. In 2015, he began dating April Love Geary—since 2018, they’ve gotten engaged and have had three children together. Having built a reputation for himself as a playboy of sorts, the challenges and joys of this new family life—especially in the shadow of all his other tragedies—proved to trigger a paradigm shift for Thicke. This journey, these changes and the new man he’s become all step into the spotlight on his first new album since 2014, On Earth, and in Heaven, which dropped on February 12 via Lucky Music and Empire.

“All along the way, I was always making music and writing songs,” Thicke said. “But this time, my intention is not for my own selfish reward—I really wanted to honor my incredible father and Andre, who both gave me so much life, love and support. They were my biggest cheerleaders. Now that they’re not here, I have to find a way to cheerlead myself. I have to keep the faith up, I’ve got to keep hope alive.”

By stepping away from the “selfish rewards” that motivated him in the past, Thicke makes a wider, more universal appeal on On Earth, and in Heaven than on previous albums, especially when it comes to the “keep hope alive” parts. On standout tracks like “Out Of My Mind” and “That’s What Love Can Do,” his honey-smooth voice effortlessly glides over chilled, acoustic R&B arrangements, delivering a message of love and appreciation that’s ultimately pretty relatable.

“I’m just so happy to actually finish this album and get it out,” Thicke said. “I don’t like holding onto music—the whole purpose of making it is to share it, share that love, share that joy. Make people dance, cry and laugh. I hated to hold onto it for this long, but now, I feel like the music is finally ready.”

For Thicke, returning to this level of openness in his songcraft has been years in the making. This is the type of music he wanted to write in the first place. “I never had a problem opening up,” he said. “Even my first album, The Evolution of Robin Thicke, was about looking inside and figuring out who you are and how you’re going to be a better person, how you’re going to pick yourself up when you’re down.”

But things changed around the time Thicke made “Blurred Lines.” Despite having grown up with a celebrity father, it wasn’t until he hit the top of the charts that he got to experience international stardom in his own right. And as exciting as that was, it also proved to be toxic. “I wanted to be a big, world-wide star,” he said. “But I started to lose myself.” And it’s true—he began spiraling in the wake of his big break. With all sorts of tabloid allegations floating around with varying levels of credibility (including stories of substance abuse, reckless sex and the like), the intense scrutiny of success began to pile up.

Then, as culture began to embrace the #MeToo movement, the legacy of “Blurred Lines” and its misogynistic undertones—which even Pharell, the song’s co-writer said he is now “embarrassed” by—began to fade from “fun pop song” to “poignant reminder of institutional sexism.” This didn’t bode well for Thicke. Add in the 2015 “Blurred Lines” copyright lawsuit with Marvin Gaye’s estate, which ultimately cost Thicke and Pharell five million dollars, and it begins to make sense why Thicke decided to cool it with the whole “releasing music” thing for a while (save for an occasional single here and there).

But after his father died in 2016, Thicke found himself drawn again to the introspective, life-appreciating music that he set out to make in his early days. “That’s kinda where I am again now, but, of course, in much more dramatic terms,” he said. So, he did what most songwriters would do in this situation: he got busy writing. “All of the songs—except for ‘Take Me Higher’—were written after my father had passed,” he continued. “Two of the first three songs I wrote right after he passed were ‘That’s What Love Can Do’ and ‘Beautiful,’ which are both on this album.” Thicke was on a roll, turning his grief into solid, sentimental tunes—but after a bit, he received good advice from his closest confidant, Andre Harrell.

“After I had exercised some of those feelings, I remember Andre said, ‘Okay, now it’s time to get back to the celebration of life,’” Thicke recalled. “He told me, ‘I know you’re going through these things, but don’t forget that you have so much in your life to celebrate. Don’t forget to celebrate it.’” With this in mind, Thicke got back to writing with a new vigor.

“What Andre told me isn’t just a musical theory, it’s a life theory,” he said. “So, I started focusing on not just the therapeutic and cathartic relief of the first handful of songs that my father inspired, but also the celebration of love, life, romance and family that is still on Earth with me. The album is a balance of those two elements. Sometimes it’s missing something terribly, you know, and you can hear that it’s missing something. Yet, it’s also fully celebrating the love that’s right in front of you.”

But before the record even got to the final phase of production, Thicke received one final blow: the loss of Harrell this past October. “Losing my dad, who was my hero, my best friend and my first phone call, and then losing Andre, who was my other hero, my other best friend and my second phone call, was hard,” he said. “Once you lose all of that, you really do have to look in the mirror and go, ‘Okay, well, who am I? Who am I now that they’re gone? How can I make them proud?’”

For Thicke, the answers to these questions ultimately came from his sense of spirituality. “If you believe in heaven or if you believe in people moving on and watching over you, then the funny thing is, they can see you all the time,” he said. “I can’t hide from them. I can’t hide my actions or my mistakes because they’re watching me all the time now. I guess in some spiritual way, it makes me want to be a better person, for them and for myself.” Thus, the final concept (and title) of On Earth, and in Heaven was born and, along with it, a new, more conscious Robin Thicke.

“You always hope for the greatest level of success, but to me, success means finishing it and knowing that it came from the heart,” he said. “The element of accomplishment following a release is not the reward. I realize now that the real reward comes from my children, my mother, my family and my friends. That’s something I can stand on.”

Still, for as wholesome as the new Thicke is, there seems to be a lingering element of “damage control” wrapped up in how he carries his public persona. Yet, his increasing candidness throughout the On Earth, and in Heaven promotion cycle has provided some pretty fascinating peeks into the mind of a true entertainment industry professional.

“That’s the great thing about doing The Masked Singer,” Thicke said, referring to the FOX series he’s been a judge on since 2019. “It’s given me the chance to be on live, national television and have people make fun of me. It allows me to laugh at myself. I always took my music and my art a little too serious—the best thing about being on this show is that I’m not being an artist or a singer, I’m just being the judge. We’re all up there making fun of each other. It’s been awesome to drop my ego, my vanity and my self-importance to just have a great time on this show and let everybody tease me as much as they want.”

In that regard, Thicke’s decision to be on the show is indicative of his stellar intuition for entertaining. He also understands the simple-yet-powerful force that is positivity. By shedding his ego and letting himself be the butt of the joke, he’s actually participating in the exact brand of genuine fun that fuels a lot of culture in today’s meme-clad world. Concurrently, he’s also exhibiting strength, showing that people do grow and change as the path of life rolls onward.

Really, Thicke and the journey he’s gone on over the past few years are almost emblematic of our society itself. Like many of us—especially in the midst of a growing environmental crisis and the ongoing COVID-19 pandemic—Thicke has been subjugated to the whims of the material world around him. Also like many of us, Thicke has made a number of mistakes that he now regrets. Yet, after saying goodbye to loved ones, experiencing unimaginable loss and coming out on the other side as a better, more holistic man, Thicke is a testament to how important positivity and humility can be.

Thus, ultimately, On Earth, and in Heaven is arguably the finest contribution Thicke’s made to the canon of American pop music. While he hasn’t always been a positive influence, at the end of the day, he’s just another passenger on what Leonard Cohen once called “the ship of state.” If he can provide beautiful music to make us smile as we brave the choppy waters, then he’s playing his part, so much the better.

“When artists dive deep and talk about their lives in an honest, sincere way, it connects with people,” he said, concluding. “So, I’m putting music out because I want to connect with people. I want it to make their households a little happier, their mornings a little brighter, their fireplaces a little warmer and their wine a little better-tasting. The least I can do is take the past handful of years and turn it into something positive, something beautiful.” 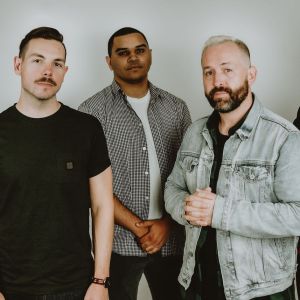 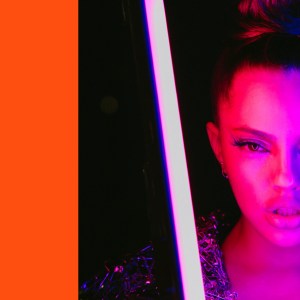