Long before he transitioned into acting, taking on his most iconic role as Dr. Jason Seaver on the TV sitcom Growing Pains, Alan Thicke was a television host and wrote, composed, and often sang dozens of theme songs to popular game shows and sitcoms on the tube, beginning in the early 1970s.

Breaking into the early game show era, the Canadian actor and composer first wrote and performed the theme song for The Wizard of Odds in 1973, which was also Alex Trebek’s debut as host, and went on to write more music for shows like Animal Crack-Ups—co-written with his brother Todd Thicke and Gary Pickus—along with The Joker’s Wild, Celebrity Sweepstakes, Blank Check, Stumpers!, Whew! and The Diamond Head Game.

Thicke also penned the original theme song for Wheel of Fortune and moved on into television sitcom territory writing the theme songs for Diff’rent Strokes and The Facts of Life.

“Back then, theme songs were more important,” said Thicke in a 2010 interview. “They were a part of every show. Nowadays, they don’t aspire to have memorable themes for every show … and certainly theme songs with a lyric. They have no time for that, so I think that’s almost a lost art.”

Mostly writing for television with his wife, Gloria Loring, who played Liz Chandler on the soap opera Days of Our Lives and had a No. 2 hit in 1986 with her Carl Anderson duet, “Friends and Lovers,” Thicke also co-wrote the song “Sara” with former Chicago singer Bill Champlin for his second album Runaway and “Stop Me from Starting This Feeling” for the late producer and composer Lou Rawls’s 1986 album Love All Your Blues Away.

Loring and Thicke’s son, Grammy-nominated Robin Thicke (who also had small roles on Days of Our Lives and Growing Pains), followed their lead and crafted his own music career in the early 2000s and later with the 2013 hit “Blurred Lines” and numerous collaborations with Jennifer Hudson, Pharrell, Mary J. Blige, and Christina Aguilera, among others.

Throughout his career, Alan Thicke wrote more than 40 theme songs for television. “The challenge was, you have 24 seconds to do something catchy and memorable and sum up the entire premise of the show in case somebody had never seen it before,” said Thicke. “You had to do it with an internal rhyme scheme and a perky little ditty. ‘The ‘Facts Of Life’ internal rhyme scheme was intricate and one that I remember finishing and saying, ‘Yeah, that’s pretty good. That all rhymes.’ I got a lot of rhyming words in 24 seconds.”

Thicke died in 2016 from a heart attack at the age of 69 and left behind some of the most iconic theme songs in television history.

First airing in 1973 and running through 1974, the NBC game show, The Wizard of Odds, pitted contestants against one another, answering questions based on statistical information for cash and various prizes. Alan Thicke wrote and sang the theme song for the show about a fellow who likes to give a bundle of money away.

The Wizard of Odds was the first show Alex Trebek hosted—along with The Wizard of Odds, Battlestars, Classic Concentration, To Tell the Truth, Double Dare, and High Rollers—before taking over as host of Jeopardy in 1984.

Who’s the man with the money
Makes a dark day sunny?
Who’s the fellow every day
Gives a bundle away?
Who’s the guy with the prizes
That’ll light up your eyes?
It’s never-ending, get a friend
And get ready to play

Created by Merv Griffin, Wheel of Fortune continues to spin on TV today, and Alan Thicke composed the very first theme song for the show when it first aired in 1975 with host Chuck Woolery.

Called “Big Wheels,” the song doesn’t feature lyrics and was later replaced by Griffin’s own composition “Changing Keys” in 1983, shortly after Pat Sajak and Vanna White took over as host and co-host.

Airing from 1978 through 1985, Alan Thicke performed and wrote the theme song for the hit television show Diff’rent Strokes with his wife Gloria Loring, and composer Al Burton.

Diff’rent Strokes followed the story of two kids from Harlem, New York who are adopted by Park Avenue businessman Mr. Phillip Drummond, played by the late Conrad Bain. The show also starred Todd Bridges and the late Gary Coleman as Arnold and Willis Jackson, along with Drummond’s daughter Kimberly, played by late actress Dana Plato and the late Charlotte Rae as their housekeeper Mrs. Edna Garrett. A teenage Janet Jackson later joined the cast in a recurring role as Willis’ girlfriend during the third season of the show.

Now, the world don’t move to the beat of just one drum
What might be right for you, may not be right for some
A man is born, he’s a man of means
Then along come two, they got nothing but their jeans

A spin-off of Diff’rent Strokes, The Facts of Life followed the storyline of the Drummond’s housekeeper, Mrs. Garrett (Charlotte Rae), who went on to manage an all-girls private school. Sung by Gloria Loring, the original theme song for Facts of Life song was co-written with Thicke and composer Al Burton. The first iteration of the theme song also featured Rae on vocals with Loring. 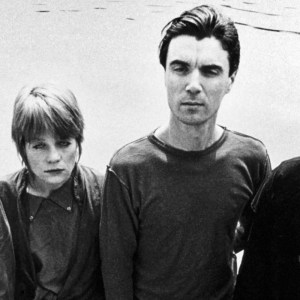 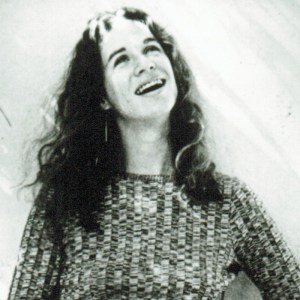