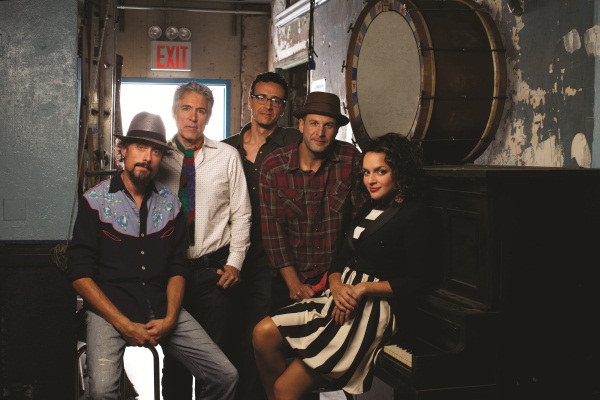 The Little Willies are back with For The Good Times, a new album of country covers which rivals their first for pure listening pleasure. Longtime friends Norah Jones, Richard Julian and Lee Alexander (who all hail from New York City) give us the rundown.

Norah: I grew up in Texas, and would visit my grandparents in Oklahoma. Country music was pretty much all they listened to. My grandpa loved Red Headed Stranger and “Blue Eyes Cryin’ In The Rain.” He died when I was very young, and whenever I heard it I would always think about him.

Richard: My mom was a farm girl from North Carolina and she stayed in touch with her roots. I grew up listening to all that stuff for as long as I can remember.

What’s In A Name?

Norah: I thought it would be funny because we wanted to be a Willie Nelson cover band as a joke and then we ended up adding other songs. I just thought Little Willies was a funny name because it kind of has that double meaning and it’s kind of silly. The guys are good sports about it.

Lee: I’m more comfortable with it now than I was with it initially. It is pretty funny. Especially in England; they went crazy over it the first time because it is pretty literal over there with their slang.

Lee: Some of the songs on this record we’ve been trying to get versions of since the very beginning of the band. “Jolene,” in particular. I swear we’ve tried that for years and years, and never really got it. And when we got this version, we all just looked at each other and said, “Yeah, that’s it. Finally.”

Norah: I love how “Fist City” and “Jolene” are two very different takes on the same kind of situation: “another woman stealing my man.” Dolly Parton’s begging her not to do it, and Loretta Lynn is telling her she is going to get her ass beat if she does.

Richard: “Permanently Lonely” is as good a song as you can write. It has a really beautiful chord structure. I found it more difficult to learn than I had anticipated. It sounds so natural when you hear Willie do it, and then when you actually pick out what’s going on it has almost a classical music structure, with a lot of major/minor shifting.

Lee: Willie’s version is a lot more up-tempo than ours. I kind of feel like we got the dark side of that tune, which was important for me.

Richard: For Norah and I, what we really love about country music is the songs. To us, we’re putting across story lines and emotions – you know, whatever’s required. You don’t have to have a twang to feel those sentiments.

Norah: I remember when we started, I noticed Richard’s accent started getting really thick on this one song, and my Texas accent started coming out. Then we recorded it and I remembered thinking, “Ugh, this just sounds ridiculous. It just sounds like we’re playing a part, and not a good one. Let’s try not to let that happen.” So, yeah, I think it’s just better to sing the way we sing.

Norah: We played down in Nashville at the Grand Ole Opry – it was a hoot. I didn’t really know how we would go over down there. I didn’t know if they would just think we were a bunch of New York City imposters or what. I think they just sort of took it for what it was, which was us loving these songs and doing them with a lot of respect.

Richard: I don’t follow country music. It’s a strange thing. I like Kris Kristofferson the same way I like Bob Dylan or the same way I like Johnny Mercer. To me all the stuff we’re doing – with the exception of a few of the kind of snarkier numbers – are just a part of the American songbook. It’s no different than covering a standard by George Gershwin to me. You’re just expressing the same sentiment, with some harmony and melody. And in our case, we have Jim playing the Telecaster, with a lot of bends, so it has a lot of that flavoring. But really, when we do the gigs, it seems more like a rock band than anything else. But a rock band who really listens to each other. 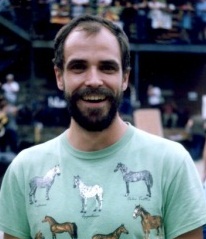