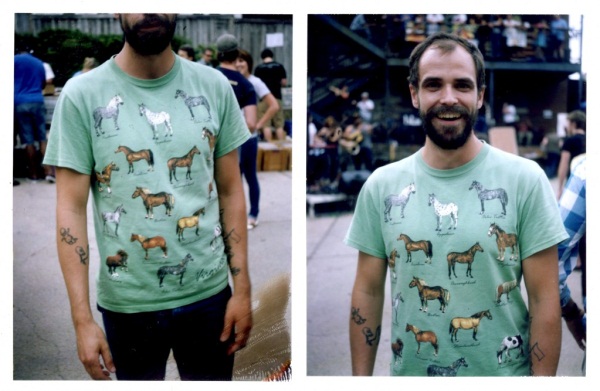 Jonny Corndawg plays the Billy Reid Shindig on Wednesday, March 14, 2012, at Swan Dive. Click here to RSVP. Read reviews and get a free download of tracks from each of our Shindig artists, including Corndawg’s ’ “Shut Up,” by downloading our Sampler.

Tell us about this version of “Shut Up,” which you recorded with members of the band Dawes if I’m not mistaken?

This is an old song that I recorded years ago but I never really felt like we nailed it, so we cut it again last month. I really wanted to get “Rubber Room reverb” on their so we fed the vocals through an analog tape delay a few times to mimic the effect Porter had. Something else happened that blew all of our minds. It sounds like there are horns on the track but I swear there aren’t. If you mute the fiddle you hear pedal steel … mute the steel and all you hear is fiddle. Pretty cool. It reminds me of the jelly belly recipes on the back of the box … “eat two ice cream jelly beans and one root beer bean for a root beer float!!!”

Is the Corndawes project still in the offing, and if so, what can we expect from it?

Offing? I’m not sure I know what that means. The record is done and it’s the best thing I’ve ever made in my life. I listen to it every day and I love it to death. I hope everyone else will, too. It sounds like a country record with The Band backing.

What band will you be playing with at the Swan Dive, in Austin?

I’ll be bringing my boys from Nashville. Joshua Hedley on fiddle, Spencer Cullum, Jr. on pedal steel, Taylor Zachry on bass and Jerry Pentecost on drums.

Tell us the story behind “Shut Up,” which seems to be a very relevant song for this election year. Were you speaking to a certain person in your life?

Nah, I’m proud to say that I have no idea what’s going on with the election this year. I wrote that song as an experiment a few years ago. I always like the idea of waking up and writing a song before I had time to open my eyes. That’s exactly what I did. I sat up and started singing and this is what came out.

How many times have you been to SXSW, and what is your favorite memory?

This will be my third year. I love the festival and I think it gets a bad rap for being stressful but I like to think of it, not as a music festival, but more of a festival where everyone is gathered in Austin to celebrate the earliest time of the year that you can go swimming … and it just so happens that you have a lot of shows booked. I spend most of my down time in Zilker Park and at every taco stand in town. My best memory was skinny dipping in the Colorado last year as the sun was coming up. I hope to re-live that experience a few times over, this year.

Any acts that you’re looking forward to catching this year?

Diamond Rugs, J Roddy Walston, Robert Ellis, Shovels and Rope — and I’m sure there will be 100 more bands I’ll get to discover when I get there.