Packaged alongside the release of their newest track comes an off putting yet fitting music video to couple the themes detailed in the lyrical aspect of the record.

The song, while upbeat and catchy, tells the story of a codependent relationship in which each person is so intertwined with their other half that they begin to lose sight of themselves in order to coalesce.

Frontman, Andrew Shepard, who formerly lead the indie-rock band Roadkill Ghost Choir, explains that “Automatic Love” is “a demented love song from the perspective of someone who has some serious dependency issues,” adding lightheartedly that he hopes it’s not about him.

Nevertheless, Shepard was able to jump into character and depict the chaotic nature of such a toxic relationship through their music video. Shepard is seen fully gussied up in an ill-fitting tutu, sad clown makeup and a cowboy hat to match his long pastel pink hair.

Shepard performs for the crowd to the best of his ability as his exaggerated eyebrows remain locked in a state of perpetual worry and sadness, seemingly conveying the exhausting effort of keeping up appearances for the sake of companionship.

The tempo moves along unassumingly while the lyrics become progressively more vulnerable and intense. There’s a shift in the innocence of an “automatic love” as Shepard sings with misleading enthusiasm that the character has in fact got himself into a “manic love,” a lyric which is then repeated twice more for an eerie triadic effect.

Shepard believes the character willingly and readily embraced this relationship in order to circumvent the task of resolving other, more difficult emotions.

“It’s about erasing your own identity to reflect someone else’s. Trying to find comfort in someone so not to deal with the uncomfortable things within our spongy, little brains.”

In this way, the cowboy-ed, clown makeup-ed, pink-haired, ballerina is preferable over the lonely contemplation which solitude begets.

This idea is evidenced even more so within the music video because of the changing nature of the “show” that the character is performing in. First, there is the choreographed motion of the hands, but as the song progresses, more and more elements are integrated to create a chaotic atmosphere. From one single spotlight to strobe lights, the character must tackle the ever-complicating dynamic of their relationship.

Even with that subtle maniacal undercurrent, the video remains fun and entertaining, just like the very nature of Lo Talker.

While “Automatic Love” is only the second single listeners have been graced with, the group has already found their stride in touching on heavy themes while keeping a light hand. They prove that playfulness and depth don’t have to be mutually exclusive, but can be blended together to create a powerful concoction of perspective that’s easy to swallow.

With that, the news of their impending debut album is something to exalt, as fans eagerly await its spring 2021 release.

Stream “Automatic Love” now and check out the music video below. 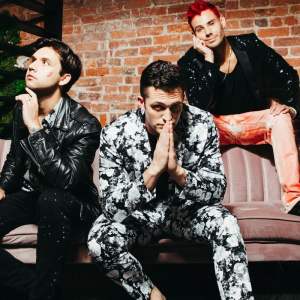 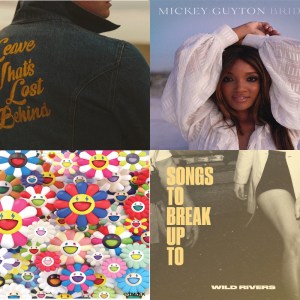