Paul Simon – “Take Me To The Mardi Gras”

“Take Me to the Mardi Gras” isn’t the best-known track from Paul Simon’s There Goes Rhymin’ Simon – that would be opener “Kodachrome” by a country mile. But stick around for a few tracks and you’ll come across this loving tribute to “the city of my dreams,” where, as he puts it simply, “the people sing and play.” It’s a gentle, breezy tune, but Simon saves a real treat for the end, where a nod to Jelly Roll Morton erupts in a burst of Dixieland horns.

New Orleans R&B icon Allen Toussaint’s “Southern Nights” is something of a signature song for the artist, inspired by time spent with his Creole family on the front porch of his home. It’s a vivid and picturesque description of a Louisiana landscape, but made a little more psychedelic thanks to a touch of weird vocal effects. It’s one of Toussaint’s best-known tracks, but more importantly, also one of his best.

Zydeco is a uniquely Creole style of music, having been a staple in New Orleans music for the better part of a century. And few zydeco artists have reached the level of success that Buckwheat Zydeco has, his vast and popular body of work making him a rare superstar in the genre. And this bluesy ode to the Big Easy is a good example of why that is, showing off his accordion skills on top a soulful, accessible rhythm.

Maybe the most achingly beautiful song Randy Newman ever wrote, “Louisiana, 1927” is a ballad inspired by the Great Mississippi Flood of 1927, a disaster that left 700,000 people homeless. In characteristic fashion, it runs the gamut from heartbreak to satire, depicting vivid details of its devastation in one verse, and setting up a caricature of President Calvin Coolidge in the next, who remarks, “isn’t it a shame what the river has done to the poor cracker’s land.” Thirty years after its initial release, the song saw a resurgence after the devastation of Hurricane Katrina left the city in similarly dire straits. It’s hard not to choke up a little when Newman sings the refrain, “They’re trying to wash us away.”

A semi-autobiographical song about Chuck Berry’s own rise toward rock stardom, “Johnny B. Goode” changes a few key details. For starters, Berry himself was born and raised in St. Louis, rather than “deep down in Louisiana close to New Orleans.” But whether or not all of the details here are entirely true doesn’t matter. The song is a crucial moment in the evolution of rock and roll, with New Orleans as the setting for one of the most famous rags-to-riches stories ever recorded to two-inch tape.

It’s no big secret that the Big Easy is ground zero for a heapin’ helpin’ of debauchery, and while Led Zeppelin’s most notorious tale of sexual misadventures happened in Seattle, the events described in “Royal Orleans” are a close second. The story goes that bassist John Paul Jones took an unbeknownst-to-him transvestite up to his hotel room at the Royal Orleans Hotel. They smoked some weed, and fell asleep with the lit joint still burning, causing the room to catch fire. Everyone got out alive, but the story made it into Robert Plant’s lyrics, which features the giveaway line, “Poor whiskers set the room alight!”

Another famous tune that alludes to the seedier side of New Orleans, “Mr. Bojangles” was born after Jerry Jeff Walker spent a night in a New Orleans jail for intoxication, where he met a homeless man who called himself Mr. Bojangles. Not actually famed dancer and actor Bill “Bojangles” Robinson, the subject of the song is a down-and-out drifter, grieving the loss of his dog, his only companion. But Walker sings of him with awe and affection, and the emotional weight of the song – not to mention its great melody – prompted a long list of cover versions by everyone from Bob Dylan and The Nitty Gritty Dirt Band to Sammy Davis Jr. and William Shatner.

Traditional – “When The Saints Go Marching In”

A curious contradiction of a song, “When The Saints Go Marching In” began life as a gospel tune written by Luther G. Presley and Virgil Oliver Stamps in the early 20th century. And yet, it’s been much more commonly performed as a hot jazz number popularized by a long list of artists, many from New Orleans – including the Preservation Hall Jazz Band, who in the 1960s imposed a fee of $5 for each request of the song due to a combination of its popularity and their own fatigue from playing it so many times. It’s since become a staple of funerals in New Orleans, accompanying the coffin to the cemetery as a dirge, and switching up to an upbeat rendition after burial, almost as if to mirror the transcendence from death to the afterlife.

THE LIST: The Best Of Townes Van Zandt, The Band, Radiohead, The Rolling Stones and more… 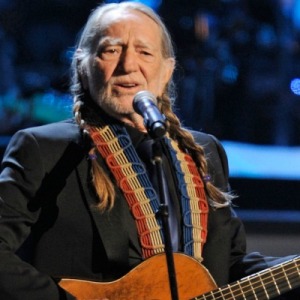 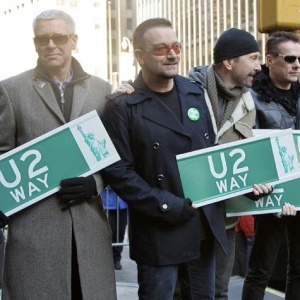