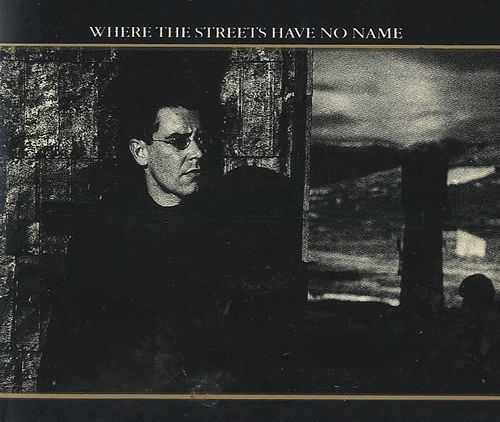 #1 “Where The Streets Have No Name”

Much could be written on the inner workings of “Streets”—it changes time signatures twice and required producer Daniel Lanois to write all the chord changes up on a giant blackboard—but it is much more impressive to take this song as a whole. There are certain riffs you can learn to play on guitar and then there are certain ones you should never go near for fear of ruining, the idea being that the notes played by your hands will never come close to the effect you desire.

The impossible-to-capture essence of “Where The Streets Have No Name” comes from its imagination and daring. To put aside the sound your band is known for—to risk your entire album on one song’s impact—is a decision that should not be taken lightly. Bono’s expansive religion-soaked lyrics finally meet their instrumental match, and dare I say it, are surpassed by the rest of the band’s work here—The Edge creates an orchestra out of his delayed riffs; Adam Clayton is steady as always, underscoring various phrases; Larry Mullen, Jr. drives us forward on the floor toms. “Streets” is the traits that have allowed U2 to stay around for so long personified. It’s the self-assurance to try something on this scope and it’s the technical skill to pull it off. The result will live on for as long as there’s a copy of The Joshua Tree and two speakers left on this planet intact. And that’s not braggadocio. Enjoy it, folks. The song is that great.

There are few drumbeats you recognize from the first hit. “When The Levee Breaks” is one; “Billie Jean” is another. Well, “Sunday Bloody Sunday” is a third, it being Larry Mullen, Jr.’s finest work by far. Perfectly capturing the military feel of the song through the snare pattern, Mullen also shows his absolute mastery of the hi-hat, creating a frantic vibe that fills every other part of the song from electric violin to Bono’s vocals. The Edge’s guitar riff, written during a period of depression after a fight with his girlfriend, continues the marching cadence of the song in both the verse and the chorus, acting as an extra source of percussion. And the solo? Perhaps the finest of The Edge’s career—it’s quick and to the point, him hitting two strings with each strike to create that dissonant unease.

It’s important to remember what Bono used to say before each performance, most famously during their 1983 Red Rocks show—“This is not a rebel song. This is ‘Sunday Bloody Sunday.’” It is easy to take the song as being about the shooting of 13 Catholics by British soldiers in Northern Ireland, but that is not really the case. “We’re into the politics of people, we’re not into politics,” Larry Mullen, Jr. said in an interview in 1983. “That’s an incident, the most famous incident in Northern Ireland and it’s the strongest way of saying, ‘How long? How long do we have to put up with this?’ I don’t care who’s who – Catholics, Protestants, whatever. You know people are dying every single day through bitterness and hate, and we’re saying why? What’s the point?”

An unanswerable question to say the least, meaning “Sunday Bloody Sunday” will continue to be played for years and years to come. Let Mullen’s hi-hat rhythm help you think about the problems of your home, whatever they may be. After all, it seems that’s what he wants.

U2 and the word “underrated” do not usually go together except in one case: the piano. No, not Brian Eno’s army of synths. Let’s talk about the regular kind, you know, the type your grandma has in her living room. Well, the one on “New Year’s Day” probably is a little more electronic than that but I’m sure whatever the model, The Edge would really be able to play the thing. Each note he hits on “New Year’s Day” stands on its own, no matter which instrument he’s playing. Just take a step back—this is one of the most recognizable piano licks of the past thirty years and it comes from a guitarist! And at its heart, it’s pure jazz. You can hear it in the teasing bassline—the cadence coming out like something Frank Sinatra would have sung over, each hit leading into the next phrase. When played live, The Edge switches between the two instruments, coming back to the one he’s most known for in order to deliver the goods in the chorus with a sound a little more familiar.

All of this made a song about the Polish Solidarity Movement a smash hit. The band was somewhat surprised by the success as the song went all the way to #10 in the UK, becoming U2’s first hit single. As Bono said at the time, “It would be stupid to start drawing up battle lines, but I think the fact that ‘New Year’s Day’ made the Top Ten indicated a disillusionment among record buyers. I don’t think ‘New Year’s Day’ was a pop single…I don’t think we could have written that kind of song.” Disillusionment or not, “New Year’s Day” holds up long after its original inspiration faded from public conscience. It’s a love song. It’s an anti-war song. And by now, that shouldn’t be seen as a clash. It should just be expected. 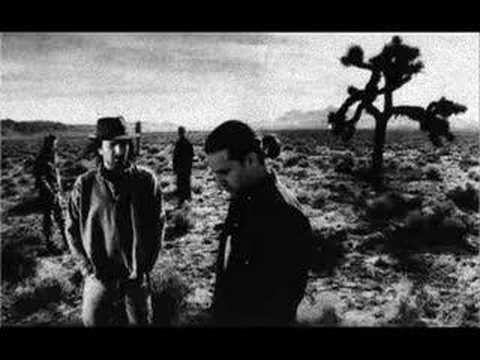 Here is The Edge’s living, breathing portfolio. For “Pride (In The Name of Love),” he reaches down into his bag of tricks and comes out with different type of riff for each part of the song. Why, The Edge doesn’t even repeat himself from the first verse to the second. Instead, he moves smoothly from the palm-muted chugging to the lush open-picking, completely changing the spirit of the song. Written as a tribute to Martin Luther King, Jr., “Pride” was key in U2 continuing the momentum they’d built off of the success of War. The song has been used as the soundtrack to many events, including most recently President Obama’s inauguration. It’s hard to ignore the historical significance of playing “Pride” at that moment. As bassist Adam Clayton said, “We were scratching our heads going, ‘How does an Irish band get invited to play at the Presidential Inauguration?’ Our way in was through a song like ‘Pride’. It allowed Obama’s people to express the connection without being too overt. It was one of those moments where you know the world is watching…”

Yes, Bono got the time of King’s death wrong—“early morning” on the song vs. 6 P.M. in reality—but there’s much more to the lyrics than just a history lesson. “Pride” is larger in scope, thanks in part to those structured lines in the verse—one man this, one man that. It’s a rallying cry, kept nonspecific for a reason—a feeling shared by members of the band. “Because of the situation in our country, non-violent struggle was such an inspiring concept,” said The Edge in an interview. “Even so, when Bono told me he wanted to write about King, at first I said, ‘Woah, that’s not what we’re about.’ Then he came in and sang the song and it felt right; it was great. When that happens, there’s no argument. It just was.” 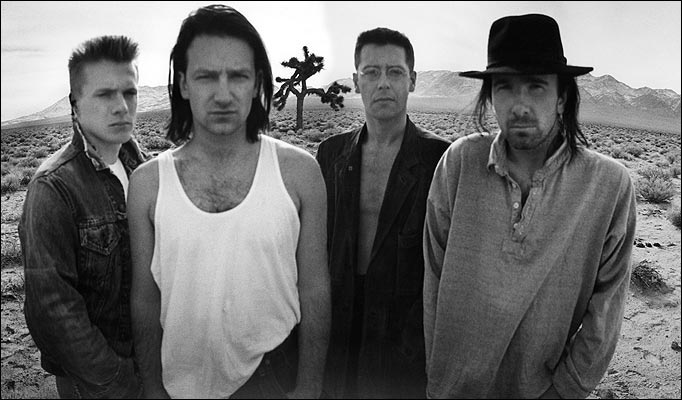 We’ve reached the #1 hit that almost never was. The band spent part of 1985 at drummer Larry Mullen, Jr.’s house, reviewing material written during The Unforgettable Fire tour. Conceived during those sessions, the track was at first deemed too sentimental. Once in the studio, things did not get better for what would become one of U2’s signature songs. The recording process was so frustrating that producers Daniel Lanois and Brian Eno eventually gave up on the project, leaving it to Bono and his friend, Gavin Friday, to rescue. While it was Friday who helped give the song its shape, it was a happy incident—The Edge fiddling around with an effects pedal while they were listening to the basic tracks in the other room—that got Eno and Lanois to give the song another chance.

The band’s first single off The Joshua Tree, “With or Without You” soon went to #1 on The Billboard Hot 100, the first U2 song to do so. Again, Bono finds a rhythm with his imagery, keeping it as vague and poetic as possible. Yes, it’s the type of stuff that gets him made fun of, but it’s also the type of stuff that has made him the cultural figure he is today. It’s a fine line between hokey and moving, but it’s one Bono walks very well. Still, he could not do it alone. The key moment of the song is the entrance of The Edge’s distorted lick, setting the stage Bono to croon, “And you give yourself away.” That combination of guitar rock and vocal soul is what has come to define U2, no matter how much they evolved over the years. When you think of them, you think of open chords and sequencers and notes being held for days upon days—it’s an image that no album, from Pop to Rattle and Hum, could shake. Open up your music history books to today’s lesson. This is what U2 sounds like. 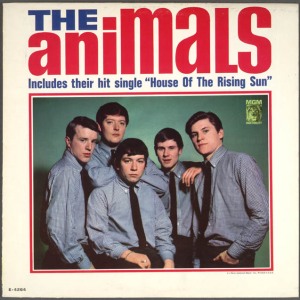 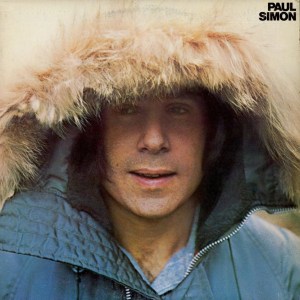