Introducing yourself to the music world with a debut single that centers around a breakup is one thing. Most everyone has experienced heartache and there would be nothing strange about having that kind of emotionally challenging moment be the focal point of a first song meant to connect with others’ feelings about love and loss.

Samantha Tieger’s (TEE-ger) new debut single, “Losing My Mind” is just such a track: a song about a relationship abruptly ended and the aftermath of Tieger’s process of accepting that change.

“Two days before my co-writers and I sat down to develop this idea, the guy I was seeing ended things without explanation or closure,” says Tieger. “I wanted the song to reflect how powerless I felt in that moment, and how I didn’t want to go through the pain, frustration, or confusion of a break up again,” she says.

Dig a little deeper into what the makes dream-pop songwriter tick and the Nashville musician shows that she doesn’t limit the emotional intentions of her music to the surface level of a concept. Supposedly, Tieger admits that “when she writes a song about someone, she’ll text or email them their tracks.” That kind of confidence in one’s own feelings, words, and the musical embodiment thereof, speaks volumes about how much sharing the music’s message means to her and, by and large, it’s clear “Losing My Mind” is especially important to Tieger in that regard.

What listeners ultimately encounter through “Losing My Mind” isn’t just the recounting of a breakup and the hurt that followed. Both Tieger’s voice and the backing instrumentation of clean guitar, smooth bass, stick tap percussion and even an erhu-like synth, thrive with the expanse of reverb, delay, and likely the digital plug-in for a sizable room. Tieger’s performance frames the narrative of her experience with a style that, in a way, cushions the painful memories she’s experienced.

“I’m particularly excited about this track because it’s one of the most raw, honest, emotional songs I’ve recorded. I’m hoping that everyone who’s gone through a break up can connect with the lyrics and take solace in the fact that they’re not alone,” says Tieger.

I held on when you let go
I should have seen,
should have known
Gotta take a little time alone
find the me I used to know
I’ve been through the kind of storms they write about
I could use a little calm right now

While there’s no dismissing the mental and emotional difficulty that can arise from thinking about, or hearing the straight realities around a breakup, choosing to breach the topic with a delicate sonic approach, rather than a dynamically aggressive or coarsely-toned one, really enhances the music’s purpose as a source of support and emotional bracing in an appreciably subtle way. Additionally, the special attention paid not just to the general sound of “Losing My Mind” but also the timing and arrangement of Tieger’s vocal delivery, allows Tieger to highlight the depth of her feelings but again, do so without taking the song in a musically abrasive direction.


“I hope the listeners love the chorus harmonies,” says Tieger. “Each harmony part [that was] recorded felt like a new layer of emotion, and making each chorus more powerful throughout the song, was healing,” she says. 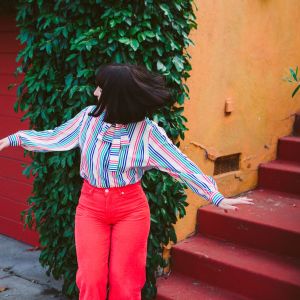 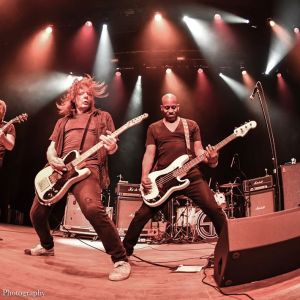