Nobody champions great songwriters the way their fellow songwriters do. Examples abound, including this new installation. For the fifth and sixth singles of her new album and video series The St Buryan Sessions, the Cornwall-based artist Sarah McQuaid honors two musical giants, both of whom have produced albums for her in the past.

First is Irish singer/songwriter Gerry O’Beirne, who produced Sarah’s first three albums. They co-wrote the beautiful “Time To Love,” which is available as a pay-what-you-want download here. .

“Gerry is the kind of songwriter that I’ve always aspired to be,” Sarah states in an introductory video for “Time To Love,” “Which is to say that you probably know a bunch of songs that he’s written without even realizing that he wrote them. And I don’t know if I’m ever going to get to that level of…immortality, if you like, but I do know that co-writing with Gerry has generated some of the best songs I’ve ever written, even if it can be a little bit of a fraught process at times.

O’Beirne has toured both as a solo artist and as a band member with The Waterboys, The Sharon Shannon Band, Patrick Street, and Midnight Well, but is perhaps best known for his much-loved original songs—“Western Highway”, “The Holy Ground”, “The Shades Of Gloria”, to name a few—which have been covered by the likes of Maura O’Connell, Mary Black, and Muireann Nic Amhlaoibh, amongst many others. He produced Sarah’s first three albums in addition to co-writing songs with her for the most recent three.

“What usually seems to happen is that we find ourselves in vehement disagreement over a word here, or a note there, and eventually Gerry just throws up his hands and says ‘Okay, have it your way, but I think you’re wrong.’ And I say ‘Well, I know I’m right,’ and then I go into the studio and I start trying to record the song, and I realise that Gerry was right. And I change the song to the way he wanted it, and it becomes a much better song.”

The other championed songwriter is the great English guitar maestro Michael Chapman. Sarah delivers a stunning rendition of his elegiac “Rabbit Hills,” which he first recorded on his 1970 breakthrough album for Fully Qualified Survivor.

The water is so cold today, I sit behind the hill
Conjure up my memories like motion-picture stills
Waiting for the tide to rise and wash away all trace
Of my footsteps on the beach, and etch away your face

At the end of the road there’s a clearing in the shade
And it’s there many times that my love and I have laid
The path disappears and the garden’s overgrown,
But at least it was somewhere for us to call our own
Or was it my imagination again?

From “Rabbit Hill” by Michael Chapman

Chapman and McQuaid struck up a friendship after meeting at the Village Pump Festival in 2014, and he produced and played on her 2018 album If We Dig Any Deeper It Could Get Dangerous. Last year, Sarah was invited by Michael’s wife Andru to contribute a track to a privately released album commemorating his 80th birthday, consisting of recordings of Michael’s songs by various artists he’s worked with over the years, including Lucinda Williams, Thurston Moore, Kurt Vile, Meg Baird, Steve Gunn, Bridget St John, and other equally illustrious names.

“I was so honored to be asked to be part of it,” Sarah recalls, “and I immediately asked Andru if I could do ‘Rabbit Hills’. It’s such a beautiful song, both melodically and in terms of the lyrics, which are incredibly poetic, and the imagery they evoke—when I listen to the words I have a perfectly clear picture in my mind of this place “where the water meets the trees / and the long grass turns to sand”—and for a long time I’d had a notion that it would be a lovely one to cover eventually.

“I was terrified that she was going to say somebody else had already bagsied it, but she emailed me straight back saying ‘It’s yours, go for it,’ and the first thing I thought was that I’d really like to write a piano arrangement of it, rather than trying to emulate Michael’s guitar which was obviously always going to be impossible, as well as pointless. And then when The St Buryan Sessions project came up and I knew I was going to have access to that gorgeous grand piano, it seemed like the perfect opportunity to do it.”

The piano in question belongs to the St Buryan Male Voice Choir, which kindly gave permission for Sarah to use it, but resides permanently in the stunning medieval church where The St Buryan Sessions were filmed and recorded last summer after Sarah’s gigs and tours were cancelled due to COVID-19.

“We set her up as if it were a regular gig,” explains Sarah’s longtime manager and sound engineer, Martin Stansbury, who produced, recorded, and mixed the project. “No flash studio mics, just the same touring PA and monitors she’d walked onstage to a thousand times, so it would be truly home territory.”

Martin also placed ambient microphones around the soaring space to capture its natural acoustics and intensify the listener experience of “being there,” while Cornish filmmaker and director Mawgan Lewis of Purple Knif—who worked previously with Sarah on videos for If We Dig Any Deeper It Could Get Dangerous—and Eden Sessions veteran camera operator John Crooks were able to take full advantage of camera angles that would not have been possible if audience sightlines had been a consideration.

“I’m totally thrilled with the result,” says Sarah, “and I’m so glad that we were able to do it in a place that’s been so special to me on a personal level—plus, the church itself had a huge impact on the overall sound, as well as on the visuals.”

Videos of each song will be premiered the day after release in live “watch party” events on Sarah’s YouTube channel, with Sarah on hand in the chat to answer questions and respond to feedback. The roll-out of singles and videos will continue throughout the year, and Sarah plans to release the full 15-track, 72-minute album on CD and limited-edition double LP on Friday, October 15, 2021. 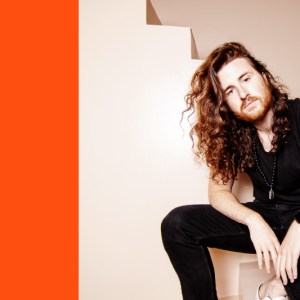