Selena Gomez confirmed that she has new music on the way. The 29-year-old artist also said she is considering a possible tour.

In a recent interview, Gomez revealed that she was currently on the West Coast recording new music and working on a new album, her fourth since the 2020 release Rare and 2021 Spanish language EP, Revelación.

“I am in L.A. working on my album now,” said Gomez, who is currently starring as Mabel Mora in the Hulu series Only Murders in the Building, which also stars Steve Martin and Martin Short.

Gomez also teased a possible musical number on the series; season two of the Hulu series is set to premiere on June 28. “Steve and I are hesitant because I wanna be careful,” shared Gomez. “I love Mabel, and I love that she is an extension of me, so sometimes my worry is that it might turn into a pop-star thing, and that’s clearly not Mabel. I’m not opposed.”

Though Gomez didn’t share details of the new album, she did say that she was open to the idea of touring again, if scheduling allows.

“I’m open to a tour, one thousand percent, but I obviously have obligations and things I wanna do, so when the time’s right,” said Gomez. “It’s not the top of my priority list.”

Always outspoken about her other mental health struggles, Gomez recently launched the campaign “Your Words Matter.” The mental health campaign is focused on the importance of language in healing and is a partnership between Gomez’s makeup company Rare Beauty and Mental Health First Aid.

“Words can be a barrier to people seeking help and increase the stigma associated with mental health,” said Gomez “Many of these words have long been normalized and accepted for far too long, but it’s time we bring awareness to the words we use, because they matter.” 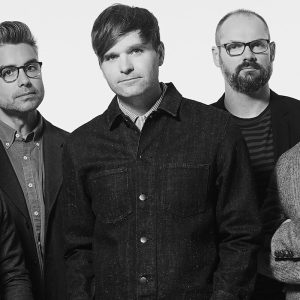