With Long Player Late Bloomer, singer-songwriter Ron Sexsmith has crafted one of the finest albums of his career. For the album, the Canadian music veteran teamed with Metallica producer Bob Rock to recapture his mojo: “Right away I felt like a rock star again.” On a recent visit to Nashville to co-write with Big Al Anderson (NRBQ), Sexmsith dropped in to perform three Long Player tracks for an exclusive Session.

“Get In Line”-Ron Sexsmith from American Songwriter on Vimeo.

Tell us a bit about the songs you performed.

“Love Shines” was the first song I wrote for the new record even though it is the second to last song on the album. You know my wife is always complaining that she never sees me cry because I come from sort of an uptight family and I like to do that in private if I have to, and so I was just writing a song about the things that move me. You know, usually happy stuff that moves me. If it was something sad, I completely close up, but if I see a movie with a happy ending I’m just bawling my eyes up. So it was kind of a song about that. Just telling everyone about a list of things that I get misty-eyed about.

“Get In Line” is a song about a really awful co-writing experience, where I got a big lecture from these people about the kind of music I grew up with, and I really love albums. So they were trying to tell me that no one really cares about albums anymore and it’s really all about the single, and, you know, it was just the sort of thing where I left feeling a little bit demoralized or something. So I wrote that, and I was also going through a bit of a period where I felt I was disappointing a lot of people, so I just said, you know, “get in line.” It was a fun song to write. It was kind of therapeutic; I guess that is the cliché thing to say.

“Late Bloomer” is sort of a joke title because I really don’t feel like I’m a late bloomer in terms of how I look or anything. It’s just sort of waking up and getting grouchy in my old age. And I got the idea when I was sitting in the café, overhearing these people talk, about how great things were going to be. They were really bright eyed and bushy-tailed about everything, which usually I am. I was kind of like that most of my life. I just feel this creeping pessimism coming in that wasn’t there before. I think that’s a good thing somehow.

How did you end up working with Bob Rock?

Well, I had these songs, and I didn’t know who to work with because my last couple albums sort of came out and died the next day, which happens to a lot of people these days. And I almost didn’t want to make another record because it’s sort of heartbreaking. I spend all this time on these songs, and albums used to have a longer life. You know, you can tour an album sometimes for like seven months or something, and I felt that with my last record I was touring a dead album. I was looking for a producer that could help me make a record that people would actually hear. I ran into Bob [Rock] at the Canadian Music Awards, and I was already a fan. I saw him in the Metallica movie, but I didn’t know that he did other kinds of music besides heavy metal and hard rock. It was actually Michael Bublé who told me I should work with him and that he produced his record. And I thought that was odd. So I just got this idea in my head and I had my manager contact them and they got right back to us the very same day saying, “Yeah, we’d love to do it.” And I sent them the songs and it was just sort of, where there’s a will there’s a way. I found out that he was very into it. The hard part was just coming up with the money to do it.

Did he have techniques that were any different from any other people you worked with?

I already had an idea, but record producers are a lot like movie directors. They all have their certain bag of tricks that they bring into it, and I thought that it would be a bigger sounding record but at the same time I wasn’t going to sound like Mötley Crüe or something. But like any good producer, I think he knows what the bass or drums should be doing and it was about tones or sounds. He was just a good cheerleader for me because I kind of lost confidence, and all of a sudden there’s this guy who has done all these successful things, and he wanted to work with me. So right off the bat I felt kind of like a rock star again. So that was good for my self-esteem, and he was just good in terms of my singing. So I would be singing something and he would be like, “Okay, we need more William Shatner here” and that sort of thing. So I just felt like I would do anything for him. He’s just got a very good way about him in the studio. We kind of chilled out and stuff.

Your voice is amazing. Is there anything you do to keep it in shape?

I’m just trying to get better at singing. I think on my early records, my voice vibrated too much. Then it was too nasal, so I tried to get rid of the nasal stuff, and I sounded like Kermit the Frog for a few albums. I’ve been whittling away at it my whole career. I always sound like me; it’s just different versions of me. I didn’t think I started singing good until like my last record, and on this album, I just felt like I was a little more on the ball and a little more accurate. I could hear stuff that I wanted to do and actually get there instead of missing it somehow. Being a little flat or something.

It’s kind of the only thing I really know how to do. I can’t drive and I’m not a handy person, so it’s just one thing I’m obsessed with that I focus on all the time. I mean, I just wrote two songs today. It’s just I’ll get an idea in my head, and that could be something over here or something I’m thinking about. You kind of see the potential in an idea that could be a song, and that’s sort of the fun part. Walk around and think about it for a few weeks and sing it to yourself, and all of a sudden, it starts to take shape.

Tell us about your co-writing session today.

Well, I wrote with one of my heroes, Big Al Anderson [formerly of NRBQ]. And I was always a huge fan of him and his records, so today I came in with a lyrical idea that I had written in England. I didn’t want to come in empty handed, so I came in with a few ideas, and there was one that he really liked, and we sat down and wrote the music for it. It was called, “Just What The Doctor Ordered,” so it was sort of this boogie-woogie kind of thing. I guess I was sort of thinking, when I think of that I think of this boogie shuffle thing they sort of do with this rock and roll thing. There’s a lot of rock music out there, but there’s very few people who play rock and roll that sort of swings a little bit. And he’s the best at that, so I tried to write something in that vain. I weeded it a little bit.

Who are some artists that you’re really into right now?

I’m not the most up-to-date person. I listen to a lot of older stuff. I really like Ry Cooder’s last record. It’s hard to say. I like Feist a lot. I think Mumford & Sons sound good. I think the Super Furry Animals. Neko Case, I really like her.

What would you say is the best part of being a working musician?

Just that we get to do it for a living. When I’m at home, my landlord, who’s always working, just sees me in my pajamas at my piano and probably thinks I’m the laziest person on Earth. But when I’m at home, it’s just amazing: the luxury of waking up and going for a walk or checking my e-mail. Now I’m entering a phase where I’m so busy that it’s just ridiculous. It’s kind of a cool job. You’re never just this one thing. People are just sort of doing stuff for you, and it’s all I ever wanted to do. I worked really hard at it, and it is really hard, writing songs, compared to what some people do out there for a living. It’s something that’s fun at least, and like I said, it’s really the only thing that I know how to do. 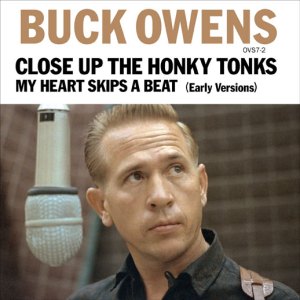 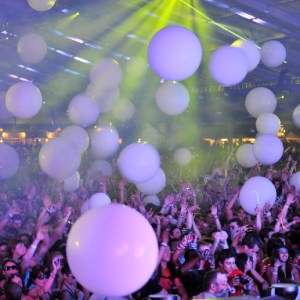