Chelsea Lee’s voice crashes in waves. Whether she’s twirling underneath silver moonlight, as she does with “Once Upon a Time,” or pouncing in syncopated patterns with “High Dive,” the title track to the debut record, the SHAED lead vocalist and songwriter swims with both brawn and elegance. It’s unlike anything she’s ever done, her vocal aerobics giving the listener’s eardrums a real workout. The trio, rounded out with twins Spencer and Max Ernst, find their footing with a 13-song project dipped in mental and emotional anguish.

When 2020 began, the band had a whole other album entirely, but the pandemic threw them for a loop. “We knew we could do better,” says Lee, point blank. The band scrapped the material, giving themselves time to sit and reflect before moving forward. “When the pandemic hit, we were all really confused. I especially had a lot of anxiety and struggled with feeling depressed and unsure what the future held. That kept me from wanting to write. After a couple weeks of us really trying to lean into our emotions, we were finally able to write again and let ourselves go.”

Once they acclimated to the new normal, their creativity began to course in their bones again. “We really try to be very honest and transparent with our fans to let them know that those who are struggling are not alone. There’s so much confusion about everything. We’re all vaccinated now, and that’s given us peace of mind. But it’s a constant struggle, mentally.”

The record, as we now hear it, really began with “Once Upon a Time,” a mid-album moment of almost classic pop. When the song had been written, the group sent the song over to Bischoff who immediately gravitated towards its waltz-like structure. “It resonated with him, and he created some really beautiful string parts. Max and I went back and forth with him for a while,” offers Spencer over a recent phone call. “Once we had the arrangement right, we realized we needed to go record all the parts.”

The result was a marvel, a musical centerpiece which drove the trio to incorporate strings onto the entire project. Strings peek through in bright flashes in “I Know Nothing,” a sticky sidewinder, and diamond sparkles with “No Other Way,” a minty ‘80s chilllwave track─all the while, Lee’s voice guides with a siren-like trance. “We’ve always wanted to have strings on our songs and haven’t been able to do that. It’s something that ties the whole album together on another level,” she says.

For all the breathy bravado, Lee’s finest vocal performance arrives near album’s end, with the teary-eyed “Visible Woman,” in which the front-woman comes to grips with the spotlight and learns to own the space. I’ll keep my head above water, she calls through the mist. ‘Cause I’m just a visible woman. She unpacks both the tragedy and triumph of pop stardom, yet she’s no longer weary. In fact, she’s as a phoenix dusting off her wings and soaring higher than ever before.

“It’s definitely a song that’s very personal to me about my struggles with being in the spotlight and feeling confidence. It’s basically about me being free and finding my strength,” reflects Lee. “It was a good opener for us. We were able to really look at how we were feeling instead of running away and being upset. I really wanted the verses to be a bit more vulnerable and show a journey throughout the song. Then, the chorus is me finding my strength and power, and it’s bigger vocally than a lot of the other songs.”

Spencer chimes in, “I remember tracking Chelsea in our little studio, and it was really powerful hearing her sing that chorus. It really set the tone for the strength we wanted to showcase and how she’s improved as a vocalist. With this song, we revisited it later on. We had another verse, but the lyrics at that point weren’t direct enough. So we really simplified the verses so we could tell more of the story.”

Visceral images pound the senses, playing in stunning contrast against an ethereal backdrop. But Lee is unafraid to rip out her heart, clench it in her fist, and show it off to the world. Pressure me underneath the light / Hurry up, go and take a bite, she sings in lamentation. Another girl falling into the trap / Show me the face hiding behind the mask.

Moments later, Lee pulls back the layers to her heart even further with the deeply moving “Six in the Morning.” Looking for lessons lost on the page / Know I might make a mistake, she sings, as if scrawling out such delicate words in real time. Will you forgive me when I go away? / Tears in my eyes every night till I hold you.

With its slow ascension, as she turns her gaze heavenward, Lee kneels and allows the strings to wash right over her. Using her own early-morning routine as a jumping off point, the singer-songwriter finds herself borrowing from the peace and tranquility when the day is only just beginning. Her life with Spencer (the two married in 2018) crests across the same horizon, as well. “We want to start a family sometime soon, so this song is about embracing a new person into your life,” she offers.

Elsewhere, Max opens up about his own life with the cleansing and celebratory “Colorful,” inspired by his coming out story. “When we were working on this album, we weren’t only dealing with emotions we were feeling at the time, but we were looking back in our history,” says Max. “One pivotal moment was my coming out to Spencer and Chelsea. They were the first people I told. That was a super intense time and also super freeing. It really shifted our dynamic in our relationship and brought us closer.”

Cry wolf in the dark / Knew you would come for me, sings Lee, fluidly sliding into the story herself. Reach into my heart / Find something underneath.

Pulsing, strobe-like production gives way for Max’s personal transformation. With “shedding that whole persona I had created,” he has been able to live as his most authentic self, an act of sheer bravery. Strings ooze into the arrangement, mirroring the support with which he was met by his collaborators. “Their support really helped me to step into this new chapter of my life where I could be open and colorful. On another level, it’s for anyone who is struggling to be themselves and feels like they’re trapped.”

SHAED’s long-waited, well-earned debut record—largely produced by the band, with contributions from producers Ariel Rechtshaid (HAIM, Charli XCX) and Josh Fountain (BENEE)—is dark and foreboding. Shards of musical light spin around like a kaleidoscope, fashioning their inner demons into one of the year’s most evocative pop releases. Opening track “Dizzy,” taking its thematic cue from the early days of the pandemic when the trio relied far too much on alcohol, leaves the listener gasping for breath. In the brand new visual, directed by Daniel St. Ours, the band utilizes horror film tropes, including creepy masks, moody lighting, and off-kilter cinematography, to crawl under the skin. “Daniel is one of our dear friends. We thought it was a bit of a darker song, especially with the lyrical content,” says Lee. So the trio rented out a 1930s mansion, located in a suburban neighborhood in Germantown, Maryland, and set to work.

“It was the scariest place ever, and we stayed the weekend. Filming the video was so scary. There were a lot of scenes that took place in the cellar that was probably filled with so much mold,” adds Lee. “The video is me having a party with myself. The big reveal is all the people in masks are me.”

Since their story first began, more than a decade ago, Lee, Spencer, and Max have greatly benefited from both being friends and collaborators. Without such a deep relationship, it’s not likely a record like High Dive would ever even exist. As they grew as people, separate and together, their songwriting grew and flourishes into something that’ll surely position them as bonafide superstars. “The biggest thing for us is trying to be very honest in our songwriting. As our friendship and relationship have grown over the years, a lot of the walls that we individually had have begun to fall,” says Max. “We can open up to each other and write songs that are extremely personal.” 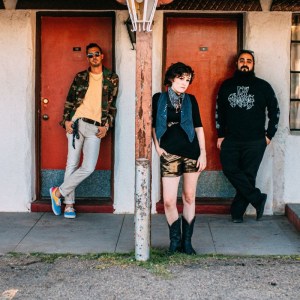 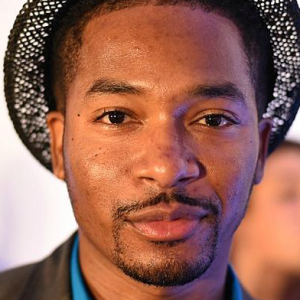