His website keeps the verbiage short and sweet, describing the artist as “guitarist / composer / educator” and keeping those as a frame of reference is a great starting point to Shane Parish.

Parish, an Asheville-based guitarist and educator, has released music on John Zorn’s Tzadik label, and just finished his new album ‘Way Haul Away’ – which went public on Jan. 10.

The album is a collection of highlights from his 147 song project interpreting every single song in the Fireside Book of Folk Songs and Parish broke down 12 cuts for American Songwriter.

“Haul Away, Joe”- I am deeply familiar with this song from the album “Foc’sle Songs and Shanties” Sung by Paul Clayton and the Foc’sle Singers, on Folkways Records.  It is one of my favorite albums. In the coming year, I am planning to make an album devoted entirely to sea shanties. So, this is kind of a foreshadowing.  Shanties are meant to ease the burden of heavy and dangerous work through song, by linking up your movements and your breathing with your fellow workers so that the ship operates as a singular organism.

“Santa Lucia” – I put a Flamenco spin on this lovely old boat song of Naples.  Another song about being on the water and the mystique and poetry of such a life at sea. I often feel that I was a sailor in a past life.

“Joe Hill” – I felt it necessary to stretch out on this song that eulogizes the great labor organizer and martyr Joe Hill, famous for the phrase “Don’t mourn, organize!”  Tarrying for nearly eight minutes on this song as a meditation on justice, allowing the melody to open new avenues and possibilities as the arrangement struggles to realize itself, as a new world struggles to emerge…

“Lonesome Road” – A sad song about parting ways.  The minor fall on the IV chord really turns the whole thing bittersweet, as the minors continue to fall to the iii, then the ii, before landing on the I.  This structure allowed me to give this tune a jazz ballad flavor.

“Hallelujah, I’m a Bum” – What an anthem! I approached this tune as a pulse piece, to give the feeling of traveling and being footloose and fancy-free, as new discoveries allow themselves to be revealed along the way.

“The Golden Vanity” – Another sea shanty.  Thelonious Monk said, “They came for the melody.” Sometimes just stating the melody is enough.  This song is a painfully tragic story about a cabin boy who is betrayed by his ship’s captain in the cruelest way, and is left to sink in the “Lowland, Lowland, Lowland.”

“Go Down, Moses” – The Louis Armstrong version of this song is the one I now hear in my minds ear. Though, when I was young, my only acquaintance with it was when Cameron sang it from his sick bed in the movie Ferris Bueller’s Day Off.  On this track you can hear my chihuahua, Josie, walking around the room.  Listen for the jingle of her collar.  It adds a nice touch of micro-event percussion.

“Every Night When the Sun Goes In” – This blues from Appalachia is a somber reflection on aging and loss.  In style, it offers a contrast to the overall idiosyncratic feel of this record.  I tried to imply the blues pulse and bass line throughout.

“La Jesucita” – This Mexican dance is a sweet love song.  The protagonist begs for the exclusive attention of the beloved.  “My heart beats just for thee.”  I wanted to create rolling feel with this one.  One of my biggest influences is the Bahamian guitarist Joseph Spence, who was a master of the rolling feel.  The pulse crashes in like the ocean and rolls back out again, as opposed to the quarter note pulse that emulates the trains on the tracks of North America.

“Willy, the Weeper” – This song in D minor allows me to explore some of my more haunting and sombre inclinations, in drop D tuning.  It is the tale of Willy, a chimney sweeper with a drug problem, who goes to sleep high and wakes up on a foreign shore.  He hallucinates a time in Bulgaria and New York before “the dope gave out”.  RIP Willy.

“Red River Valley” – This classic cowboy song is a must for every aspiring guitar slinger.  I cast a wide net for inspiration on this interpretation, allowing the song to twist and turn in new directions.  A recent version of this song that I find touching and I’d recommend checking out is Harry Dean Stanton’s version in episode 10 of Twin Peaks Season 3 (2017).

“Arkansas Traveller” – This mid-19th century theater song describes the escapist joys of playing music.  So meta!  Sawing away at his fiddle, the cabin dweller gives not a care about his leaky roof, which the Arkansas traveler tries to direct his attention towards.  He just fiddles away.  And besides, “My cabin never leaks when it doesn’t rain.”  I’m happy to close the album with this celebration of music making. 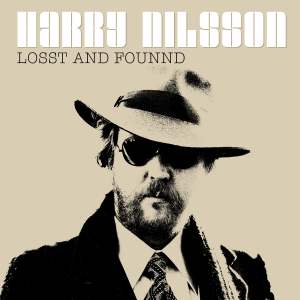 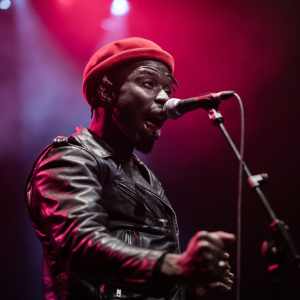