Shania Twain recently delighted music fans by making a surprise appearance at Harry Styles’ 2022 Coachella performance. The pair sang Twain’s songs “Man! I Feel Like a Woman!” and “You’re Still The One” for thousands of festival-goers.

And while this moment may be a notable performance in Twain’s career, the Queen of Country Pop has had countless iconic moments. In fact, Twain’s won five Grammy Awards and has been inducted into several Halls of Fame. She even paved the way for genre-jumping for female artists, for goodness sakes.

So, in order to pay proper homage to this singer/songwriter, we’ve collected just five little-known facts about Twain. Read those below.

1. Music was first and foremost an escape for Twain.

It’s no secret that Twain is a musical machine. Everything she touches turns to sonic gold, and in creating music, Twain got her start early. More specifically, Twain began writing songs and singing as a young girl to escape the reality of her childhood home.

So, when asked if she began writing songs to attain stardom in a 2018 interview, Twain quickly shot that down.

“No, I wanted to escape,” she said. “[To escape from] everything. Violent home. Tensions. Nothing to eat. When you’re hungry you can’t do anything about it but distract yourself from the hunger. And it really works. It’s therapeutic. A lot of kids play with dolls and I played with words and sounds.”

2. She was a co-writer on a Britney Spears song.

In 1999, pop star Britney Spears was working on her sophomore studio album Oops!… I Did It Again. During the early stages of the creative process for this album, Spears traveled to Sweden and Switzerland to work with Swedish producer Max Martin. And, you guessed it, Spears also worked with Twain’s ex-husband Robert John “Mutt” Lange on her song “Don’t Let Me Be the Last to Know.” Still married at the time, Twain was aware of this collaboration and ended up co-writing the song with Lange and Keith Scott.

What a small world.

Speaking of her ex-husband, we’re going to just briefly mention the drama that surrounded the couple’s 2010 divorce. (We’re certain it inspired many a musical moment for the singer/songwriter.)

Twain and Lange were married in 1993, and Lange ended up producing Twain’s beloved record Come On Over. In 2001, the couple had a son together named Eja. But fast-forward to 2008, and the world was shocked when Twain and Lange announced that they were separating. Lange had been having an affair with Twain’s personal assistant and friend, Marie-Anne Thiébaud.

In the throes of betrayal, Twain ended up turning to Marie-Anne’s ex-husband, Frédéric Thiébaud, for support. The two leaned on each other in the aftermath of the affair and eventually started their own romance. Shania Twain and Frédéric Thiébaud later married in 2011, and live together in Corseaux, Switzerland.

After Twain released her 2002 album, Up!, she didn’t release another record for 15 years.

What was Twain up to during that period, you may be asking. Outside of the changes in her marital status, Twain was having some very real health issues with her vocal cords. Twain had contracted Lyme disease via a tick bite, and as a result, she suffered vocal chord paralysis.

“I never thought I’d sing again,” Twain said of her vocal paralysis in a 2018 interview. “I did want a break. But, of course, I would have never stayed away 15 years. I was too embarrassed to tell anybody that I couldn’t sing. For a long time, I didn’t even know why I couldn’t sing.”

Then in 2011, Twain was back. She announced that she would be headling a two-year Las Vegas residency.

5. Her songs have been heard in space.

Twain’s legacy is quite literally out of this world. In 2007, Canadian astronaut Dave Williams was played “Up!” by Shania Twain for a Sunday morning wake-up call. 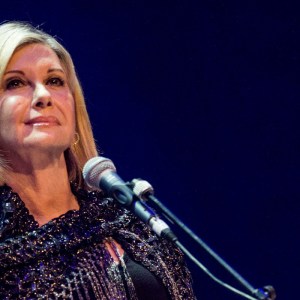 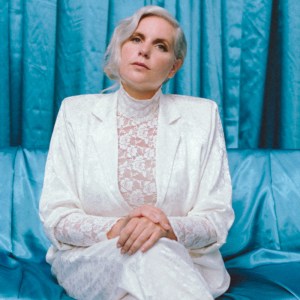