If there’s something in your way, it’s probably you

“In order to change the world, you have to get your head together first.” – Jimi Hendrix

Songwriters: do you spend a lot of time thinking about writer’s block, that invisible enemy of songwriters?

Are there other obstacles in your creative way which hinder your songwriting?

If so, here’s some suggestions about how to avoid – and even eliminate – these obstacles. One way to make songwriting somewhat easier is to stop making it hard.

It starts with the understanding that you are the captain of your own ship of songwriting. Do not look to anyone or anything outside of yourself to champion your songwriting. It all begins with you. If your ship got run aground and has been stuck for some time, it’s up to you to rescue it.

In other words, if there is anything that is perpetually in your way when it comes to songwriting, it’s up to you to move that thing. Sometimes obstacles can seem more immovable than they really are. You think about it, but the expenditure of energy right now is unappealing. This is a perfect recipe for getting nowhere. Because in truth, it is not the amount of energy that is in your way. It is your own thinking. And it is negative thinking.

It’s the same dynamic with songwriting. Although changing the circumstances or dynamics which are hindering your creative process seems daunting, one you do it, it is done. Remember: the point of power is in the present. It takes active effort.

But by putting forth that effort, not only are you making practical changes that will help you, you are also making a pyschological change, and showing the artist in you that making your art matters. And nobody else can or weill ever do that except for you.

This applies directly to the problem of what people call “writer’s block.” People do often call it that, but you shouldn’t. Writer’s block is only as real as you make it. As soon as you decide, “Yes, this is a case of writer’s block, and because this is here no, songwriting is impossible.”

By thinking that, you are creating – and bolstering – a pychological obstacle you have placed in your own way.

Understand that few artists ever go through life without experiencing days – or weeks even – when it feels as if the creative well is bone dry. Instead of leaping to the conclusion that there is an actual block in your way, understand that it’s simply natural for any artist to have non-productive days.

As Lamont Dozier, of the hitmaking Holland-Dozier-Holland Motown songwriting team said, as a songwriter there are no bad days. There are good days and learning days. And those learning days are ones in which nothing useful might have been created, but there’s still much to be learned.

It all stems from your own thinking about your process. Because songwriting is an exploration of your own psyche, it’s not the same as building something in the physical world. It is built in the interior world, and shaped by your emotions, dreams, fears, passion and the rest. Anything you are feeling strongly will color your ability to write, and that which you write.

So if you think negatively about your songwriting constantly, you will establish a negative psychological dynamic. If you tell yourself you have writer’s block, you will create it. You are feeding the negativity, and essentially surrendering to your pysche, and declaring that you are powerless to control your own ability to write.

Understand that what is in your way is not an immovable wall. It is simply a temporary obstacle that is no more permanent than the weather. Like a storm at sea, it will pass. The sun will return. You have not been abandoned by the muse. As Bob Dylan, in “All Along The Watchtower” wrote: “There are many here among us who feel that life is but a joke. But you and I have been through that, and this is not our fate. So let us not talk falsely now. The hour is getting late.”

So it starts with removing all obstacles. Make your psychological songwriting space somewhere comfortable to go. To do this, think now: if you want to write a song, is there anything in your way? Anything that makes the process problematic?

Many songwriters have told me they do not have a great physical space where they write for one reason or the other. Some say they do not feel comfortable where they live to sing out loud, cause they share the space. Or that their workspaces are too cluttered or disorganized to allow them clear thinking.

Or a thousand other reasons why songwriting isn’t easy to even get to. But there’s only one thing that can change this. And that is you. Don’t lose faith in yourself. Don’t abandon ship.

As Leonard Cohen said in our interview, “Being a songwriter is like being a Catholic nun; you’re married to a mystery.” Ity’s a statement which seemed, at first, too religious. But in time his meaning became clear. Which is that a songwriter, not unlike a nun, has nothing to hold onto but faith. If you lose faith in yourself as a songwriter, or in your own ability to write something new, you will be lost. Unmoored. You will feel abandoned because you are abandoned. Yet it is you who abandoned yourself.

But the opposite is extremely true as well. If you never give up on yourself, and never stop, you are unstoppable. If you create a positive workspace that makes you feel good when you are there, it will be a profound change, and a real gift to yourself. You will have honored and emboldened the songwriter in you.

All of which returns to the understanding that songwriting, this merger of two disparate artistic forces, is a mysterious, pyschological, somewhat magical, metaphysical pursuit. It comes from a natural, primal place inside you, from the instinsically creative, playful child within you.

The late great songwriter of miracle songs such as “The Dutchman,” Michael Smith, explained it beautifully.

“There’s a child inside you,” he said, “and that child has to be very, very very, very reassured before it can come out. The world doesn’t want the child to come out. The world wants you to pay the bills. That’s what the world wants. The child hides when the bill collector comes to the door. The child says, `You have to go out and get a job and feed me. Don’t worry about getting any songs.’ So my life is a process of reassuring the child that it’s okay to come out.”

Be kind to that child. Bring it love, patience, compassion and understanding. Help it to know that he doesn’t have to be scared anymore. All he has to do is sing, and have fun, and write all the songs there are to write. And then more.

But be careful to record these, too. You’re the adult, too. Make sure you carefully preserve and save your work.

After which, perhaps it’s ice cream time. Or a martini. Or both. 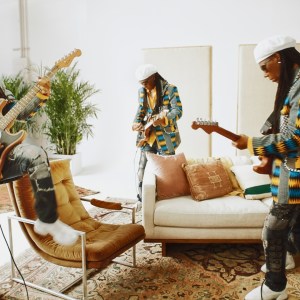 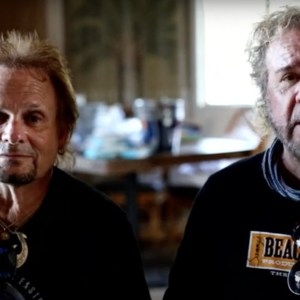