As a pair of artists who have enjoyed great success both as performers and songwriters, it’s somewhat surprising that spouses Raine Maida and Chantal Kreviazuk have yet to do a record together. Maybe that’s why they went all out for their first one, under the moniker Moon Vs Sun, giving their fans not just an album entitled I Am Going To Break Your Heart, but also a documentary film of the same name. Perhaps they even got a little bit more than they bargained for when strains in their marriage were exacerbated by the process.

The good news is that they came out the other side not just with their union fortified, but also with a pair of stunningly honest works. In the documentary, Maida, frontman for Our Lady Peace, and Kreviazuk, an award-winning singer-songwriter, don’t shy away from the camera’s unflinching glare, and everything from therapy sessions to songwriting arguments is fair game. On the album, their voices come together in fearlessly frank songs that make clear the notion that love is worth the struggle, even when it comes to the heartbreaking parts.

In a joint interview with American Songwriter, the couple discussed the dual projects, which included a trip to a remote French island 3,000 miles away from their home and kids in the middle of winter in 2018 to write the songs. Kreviazuk laughs when asked if there were ever times when things got tough, if they thought of chucking the cameras. “I would say at least once a day,” she admits. “Remember there was a project going on, so behind the scenes there was management. And there were our children back home. There were so many things going on. We have all these things going on and then we have to walk in a room and make it like Shangri-fucking-La and try to figure out how to make the music. And that’s like being married. It’s like the world is falling apart. But how are we still gonna make music together as a couple? How are we still gonna bring joy to each other and make this worthwhile?”

When they did begin to write, Maida saw an opportunity for a songwriting process that was different than either had ever encountered on their own or as writers-for-hire for others. “The only thing that we actually talked about, even before we started, was hey, ‘if we’re going to do this, we have to be brave,’” he says. “’Let’s take advantage that we can say shit to each other that other people can’t. Even if they’ve been in a relationship for a few years, they can’t get into the depth of why it’s important to work things out, why it’s important to do the work.’ Even things like that, until you put in the time, most people can’t say shit like that. The only overarching theme was let’s make sure we say stuff that no one else can say.”

He mentions one of the typically biting tracks on the record, “I Love It When You Make Me Beg,” as an example. “That takes experience, that takes going through ups and downs to say something like that and believe it. Of course, you can write it, but believing it and making sure an audience believes it is really important. If we ever felt like any lyrics got too generalized or bland, it was like ‘We can’t do that.’”

The movie also depicts the two strong-willed artists at work, battling to come to an agreement on some tracks. One of the film’s most searing moments is an intense disagreement about a proposed pre-chorus for the title track. “It’s so tough when you get really attached to something and it’s not a solo project,” Kreviazuk says. “It was probably harder for me, because Raine has had to make probably more compromises with his band, asking ‘How important is it to me? How important is it to them? How much do I really dislike it?’”

“I think the pre-chorus thing is such a nugget,” Maida says. “It’s really what the film is all about. It’s a compromise. I was like, ‘Let’s get rid of this thing. It’s confusing. We don’t need it.’ And then the compromise was let’s just have it be this special thing after the second verse.”

Kreviazuk, echoing the banter in the film, then playfully contradicts her husband’s word choice. “I hate the word ‘compromise’,” she says. “A compromise doesn’t describe a win for everyone. Everyone has to win. And in that situation, I feel like we both won. We both came away with something we were happy about. We both came away feeling seen and heard. Compromise doesn’t sound like you’re happy.”

Maida feels like the couple’s two-decade history together, and their willingness to explore the hard times, gave the music a unique edge. “When I think of ‘I Can Change,’ the stuff that led up to that song, there’s no way that song comes to light if we’re just this happy-go-lucky couple walking along the beach,” he muses. “I don’t think we’re those kinds of people anyway. But it’s about the incentive to dig into your feelings and your emotions and try to figure shit out, come to terms with it and maybe, at the end of the day, get a little bit better.”

Kreviazuk prizes the moments on the album when the two voices, after briefly telling their respective sides of the story, intertwine in harmony, hearing in those moments the story of a marriage. “We all have work to do to create a beautiful relationship with the loves of our lives,” she says. “Our work is figuring out how to come to that place of harmony with our partner, giving them space, complimenting them, framing them, and maybe even getting to a point of countermelody. That is the metaphor of this whole project.

“In every couple, you have to be able to give somebody space to fly and be who they are, and then you have to come together and achieve things together. That’s the balance of a great relationship,” she adds. “It can’t be all about one person and it can’t be smothering each other either. I know my husband has given me a lot of space to become the person, the woman, the artist, and even the Mom that I am.”

The documentary’s more angsty moments indicate that realizations like those now espoused by the duo were hard-earned. “Raine and I were failing,” Kreviazuk admits. “We were failing in our dialoguing, we were failing in our consciousness as a couple at the time, and it was all going into the music. We were literally the examples, almost like in a lab.”

With the release of the album and the film, the couple hopes that they can indirectly teach some lessons to those who listen and watch. “I think if anything, what it does is it kind of normalizes stuff for people,” Maida says. “Like ‘Holy shit, there’s the same stuff that I go through.’ It doesn’t have to be dramatic, but it’s impactful and it affects your lives. Relationships struggle with little things. I think there are small victories. It’s not like this big enlightenment. It’s always a work in progress. And that’s a great thing. You never want to feel finished.”

With the hardest part in their rear view, Kreviazuk and Maida feel they are just getting to the good stuff in their partnership as Moon Vs Sun. “At the end of the day, I think this is tip of the iceberg,” Maida explains. “We really tapped into something. We have something really unique and we’re just on the cusp of it. I can’t wait for the next record. That film, it set such a precedent for us, even how we work together. We get to the guts of a song much quicker now.

“We’re still really strong personalities that get in there and fight for ideas and stuff. But ultimately, we know what’s on the other side, so it’s just like, ‘Cut the bullshit and let’s get to the other side and really write some incredible music.’ I think that’s what you see in the film, learning that process. Now it’s getting easier, and as an artist, it’s incredibly exciting and inspiring.” 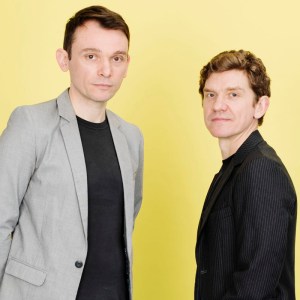 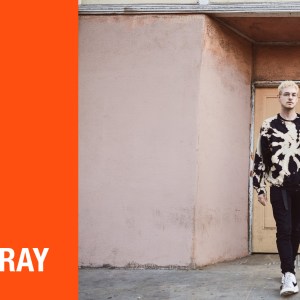