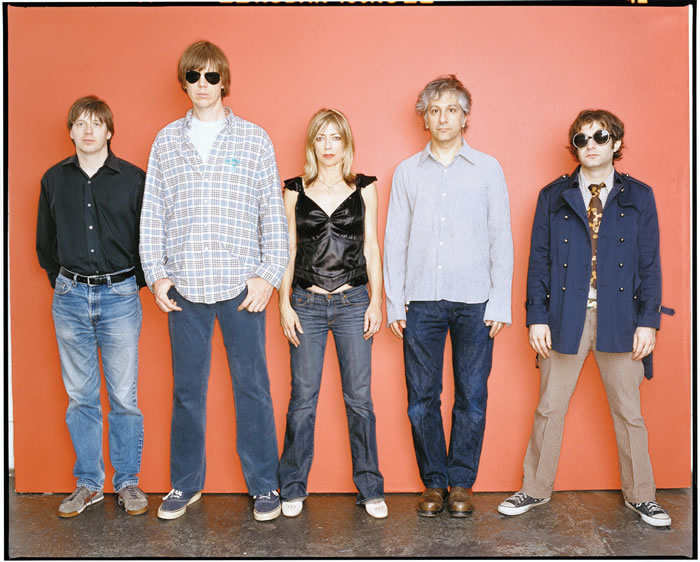 Thurston Moore cares, he’d just like you to think he doesn’t. At the wise age of 50, he retains the stage presence of a teenage slacker. Though he’s been crafting dissonant post-punk with Sonic Youth for nearly 30 years, the guy could seriously pass for a college student. As he effortlessly throws himself around the stage, frequently collapsing to the floor, guitar in hand, he perfectly balances enthusiasm and nonchalance. But if he wasn’t passionate about what he does, he wouldn’t attack his guitar so feverishly. He cares a lot more than he lets on, even as he dryly apologizes for the falsely started “Poison Arrow,” pointing to the amp head: “I’m so tall that I couldn’t read my tuner. I was tuning to a D, but I tuned to a D sharp,” and again stating the song’s title to start his second attempt “ . . . ‘Poison Arrow’.” Though he stands opposite stage from guitarist Lee Ranaldo, the two intertwine their coarse tones to make paradoxically melodic art like they are looking into each other’s eyes. When you are a member of Sonic Youth, you don’t just play your guitar, you use it as a means of getting from point A to point B, whether that entails scratching the strings with a metal rod, sliding a broken drum stick across the bridge, or turning knobs and pushing numerous pedals to get it done.

Sonic Youth have a wide range of song styles. Watching them perform live is almost like witnessing multiple bands take the stage, only the five players never change. After a more than impressive showing from openers the Entrance Band—a California three-piece that displayed their own blend of tight, progressive sludge rock (think Dinosaur Jr. meets the Allman Bothers), the noisy flourish of Sonic Youth filled the War Memorial Auditorium. The sheer fury of songs like Sister’s “White Cross” juxtaposed with the mellow, acoustic wanderings of “Massage the History” created a perfect equilibrium of noise and open space.

Playing 2009’s The Eternal almost in its entirety, the show was certainly not a hit parade. But, should we expect that from a group so notoriously inaccessible? I think not. The songs on the Eternal, however, draw from the Youth’s entire discography, pulling splinters and shards from the massive array of noises once used, and combining them to craft new material. If you missed one of your favorites Saturday night, there was probably a hint of it found in one of the newer tracks. But that’s not to say that they didn’t please die-hards with some back catalog gems, either. The beautiful “Shadow of a Doubt” had Kim Gordon whispering into the microphone over Moore’s pleasantly stinging harmonics, and “Silver Rocket” brought punk drums, thrashed chords, and Thurston’s snarl to the table.

The set, however, did seem pretty heavy on Kim lead vocal spots. Ranaldo, Gordon, and Moore all shared the role throughout the 17 songs, but it seemed that the missus was holding the night’s golden mic. Most of the older tunes were Kim-lead ones, which contributed to a lack of some decades-old favorites such as “Teenage Riot,” “Tom Violence,” or “Catholic Block,” songs which have been played previously on the tour.

But the spectacle of seeing any Sonic Youth song performed live never really disappoints. Watching a catchy tune cave in on itself into a sea of haze and distortion, unsure of exactly what it will become, is pretty spine tingling. Ranaldo, equipped with pedals and knobs galore, more than aptly lent his sonic visions to these dark explorations. If he wasn’t holding one of his custom boxes, he was banging unorthodoxly on his strings. Ranaldo even roped in some classic rock radio waves with his “Antennabox” to open Eternal’s gorgeous “Antenna” (Hendrix’s “Foxy Lady” played at the song’s start before cutting out). Former Pavement bassist Mark Ibold chugged along as drummer Steve Shelley rotated between soft mallets and hard sticks, and Gordon switched between bass and guitar per usual.

Though a show abundant in noises, I will say that it wasn’t as loud as one would expect from Sonic Youth. All the distortion and fuzz was there, but it didn’t leave any ears bleeding. I guess this could be considered a plus, but sometimes a little ringing in your ears is just what you’re looking for.

Nevertheless, after almost thirty years of flooding tape with fuzz, the band stays pretty truthful to their name. Gordon, at 56, looks no older than 40, and the rest of the guys retain a youthful charm. As for the Sonic, well, you’d have to be deaf not to hear why that’s a good descriptor. Ending the second and final encore with the ancient thrash of “Death Valley ’69,” they graciously left the stage reminding us all that they’re not growing up any time soon. 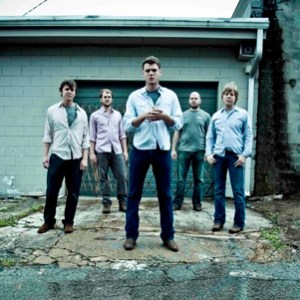