It’s that time of year again: time to take stock in what popular music has provided us in our time of need. Time to quantify both the best music of 2009, and the best of the 2000s.

And given the fact that the Mayan calendar suggests that the world will be ending in 2012, the stakes have been raised considerably. Do you hear me talking, Jonas Brothers? The art and culture that’s been proffered in the last ten years might be among the last humankind has ever produced. And so I’m going to forgo the “Best of the Decade” declarations and bump everybody up to “Best of the Millennium.” Let’s hand out some awards.

Apocalypse or not, I’m nominating Wilco’s Yankee Hotel Foxtrot as the album of the millennium. Long-time readers of this column will not be shocked. Why that record? Its avant-garde arrangements still sound futuristic today, yet still evoke a sense of the year they were born—2001, a turbulent time in our nation’s history. You also get the epic back story (shunned by the record label, released for free on the Internet), an accompanying movie (Sam Jones’ masterful I Am Trying To Break Your Heart), all the soulfulness you could ask for, the pathos, the chops, and the songs. Wilco did all they could to create a lasting piece of art, and this baby belongs in a museum. Oh, Yankee Hotel Foxtrot, I’m the man who loves you.

Best Singer/Songwriter Not Named Bright Eyes?
I’d give the nod to Ben Kweller and Regina Spektor. Spektor is a wunderkind—every note that passes her lips is unique, and double-dipped in quirk and musical genius. Kweller is a craftsman with a soulful, baby-faced voice and an affinity for writing songs that feel both vintage and new.

Best DVD?
Obviously, this was the decade where the medium came into its own, and there’ve been so many amazing DVDs put out, it’s hard to keep track. I’ll go with the 2003 Led Zeppelin set, which is a stairway to heaven unto itself.

Most Underrated Talent?
Amy Winehouse, whose flirtations with utter ruin and crack addiction have overshadowed her incredible talents as a songwriter and vocalist. Have you ever paid attention to the lyrics on Back to Black? They’re like Shakespearean dissertations on modern love. Come for the car crash, stay for the music.

Best Singer/Songwriter Not Named Bob Dylan?
Bright Eyes. The Omaha, Nebraska poetry slam champion has been through some changes these past ten years. After a career-high year in 2005, in which he put out two albums simultaneously, Bright Eyes released the meditative travelogue Cassadaga in 2007 before jettisoning the name for good. But Cassadaga, which some fans felt turned off by, suffering from Bright Eyes fatigue, is perhaps his most mature work, with stunning lyrics and incredible melodies. Now, he’s back to the name his momma gave him. Wherever he goes, I intend to follow.

Best Album You Probably Never Heard Of
The Thrills’ Teenager. An Irish indie rock band, primarily known for imitating the Beach Boys (see Big Sur), make the perfect song cycle about fetishizing the past and living in the uncertain future. Runner-up: The Research, Breaking Up.

Best Unexpected Trend of the 2000s
Bands getting back together again, however briefly. The Pixies. The Breeders. Pink Floyd. Led Zeppelin. The Jayhawks. Pavement. Now will someone put Jay Farrar and Jeff Tweedy in a room together so we can have Uncle Tupelo Part Deux?

Best Country Artist?
Sadly, I don’t listen to enough country music to say. So why don’t y’all write me a letter and tell me who you think it is.

Best Reason to Hang Around Until 2013
All music will be beamed directly into our brains via iPod nanotechnology. Just think—the entire Beatles catalog in Brain-o-vision.

Best Magazine with the Greatest Readers?
You’re reading it. Thank you and see you next year.

Evan Schlansky is a songwriter and music critic living in New York City. 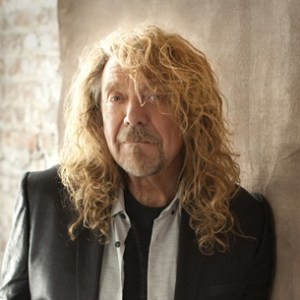