There’s a reason why Robert Plant refuses to reunite with his surviving Led Zeppelin bandmates for a lucrative world tour: no amount of money is worth having to sing “Stairway To Heaven” like you mean it, night after night, after night, after night…. It’s a sentiment he’s expressed time and again for more than 30 years. If you ask a ’70s disc jockey, he’ll tell you rock and roll crypto-mythology determines that each performance of “Stairway To Heaven” takes years off a rock musician’s life. This is actually addressed directly in Led Zep’s legendary concert film The Song Remains The Same. In it, Jimmy Page climbs a misty, mystic mountain in search of a mythical hermit only to find he is the hermit. He then stares in horror and disbelief as his doppelganger ages into an elderly wizard before his own eyes and he realizes his shadow’s taller than his soul.

Behind The Song: Led Zeppelin, “Battle Of Evermore”

Every legendary artist has that one track that’s bigger than themselves – a song as influential a rock cornerstone as it is an albatross around their legacy. For Led Zeppelin, it’s “Stairway to Heaven” – a cut that was to FM radio what The Godfather was to cinema: an epic unrivaled in its grandeur and incalculable in its influence. Released on their 1971 LP, Led Zeppelin IV, “Stairway” isn’t necessarily the greatest song the band ever wrote, but it’s unequivocally the most significant – a signature staple that plays like a trailer for their entire discography.

Meaning Behind Led Zeppelin: “How The West Was Won”

In seven minutes and 55 seconds, “Stairway” traversed all the sonic hallmarks that defined Led Zeppelin’s sound – from fairytale acoustic folk, to sex-laden swampy grooves, and, ultimately, braying, blues-based hard rock – and delivers them with dire, Tolkien-worthy, medieval urgency. In those same eight minutes it set the stage for just about every stadium-sized cliché since, taking the genre to new, unprecedented levels of ridiculous rock and roll audacity. Before there was yelling “Freebird” at a concert, there was playing “Stairway” at the guitar shop. Before Pentecostal parents accused Ozzy Osbourne and Judas Priest of pulling Kevorkians on their kids with back-masked subliminal messages, they cited “Stairway” – in reverse, of course – as the smoking gun.

Meaning Behind Led Zeppelin: “All My Love”

For generations of teens, “Stairway” has been the soundtrack to countless bong rips, slides into second base and roadside fatalities. It popularized the double-neck guitar, yielding lifetimes of back problems for shredders worldwide. Every time you flick your Bic to illuminate a dark arena into a rock and roll galaxy, you’re praising “Stairway’”s legacy. And while the hackneyed jokes and Wayne’s World references that punctuate that legacy are more than earned by its overwrought cadence of foggy mysticism, loose social commentary, feigned depth and interminable live performances, at the time of its release, the song was no laughing matter. Never officially released as a single, “Stairway” prevailed as rock radio’s most requested song of the ’70s, thus priming the airwaves for every subsequent torch-cuing opus, from “Bohemian Rhapsody” and “War Pigs” to “The Wall” and “Freebird.” “Stairway” ushered in the era of album-oriented rock and, for better or worse, paved the way for prog. It’s probably singularly responsible for Rush’s entire oeuvre, as well as every eye-rolling Iron Maiden lyric, to boot.

While history and hindsight handily frame “Stairway” as one big, bloated, sonic platitude, it’s important to remember that it does indeed rock, and listening to it is a visceral experience. It begins with an atmosphere of stark serenity, nestling Jimmy Page’s finger-picked acoustic arpeggios in a comforting chorus of mellotron recorders (courtesy of John Paul Jones) as Plant solemnly sings the plight of a God-fearing, miserly old woman. As the minor-tinged tranquility marking “Stairway’”s first half turns to a foreboding tension, a simple quarter-note drum fill brings John Bonham into the mix and Led Zeppelin settle into a steady, mid-tempo groove… but not for long. A royally triumphant interlude strips the song of its moody subtleties, and shifts the track into fourth gear. From there on out it metastasizes into a hard rock tour de force that rocks harder with increasingly less restraint as it careens and crescendos through monstrous heavy metal movements.

By the song’s seventh minute they’ve lost all control; Bonham is flailing and filling with thunderous bombast, driving the band in double time as Page delivers, arguably, his most show-stopping guitar solo in a catalogue replete with show-stopping, gutsy guitar solos. When Plant reenters for his final verse, he’s seething, possessed, fighting a battle for his very soul. Once they’ve left all they’ve got on the floor, “Stairway” simmers down to a placid lull and Plant reprises its opening lyric, sounding as if he’s aged a hundred years in the eight minutes that have elapsed.

So What is Stairway to Heaven’s Meaning?

As the song itself notes, “Sometimes words have two meanings.” The meaning behind “Stairway’”s words seem, if nothing else, infinite. Lyrically, the tune has dazed and confused many a mind-altered listener with its vague take on duality for the better part of a half-century. But, more often than not, lyrics say more with how they feel than what they really mean, and while “Stairway” is seemingly a song about the inevitability of death that’s really a song about fear but actually a song about greed… or something… Plant communicates its sweeping vagaries with a passionate, pensive and ultimately primal delivery that convinces the listener he knows exactly what he’s singing about. And, really, that’s enough. 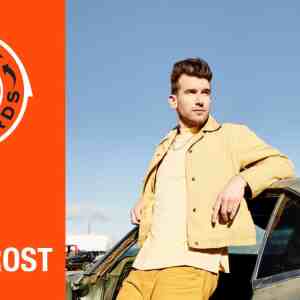