The moment Steve Perry sang the “I’ll Be Home for Christmas” lyrics, Please have snow and mistletoe / And presents under the tree, he found himself standing in his grandmother’s kitchen. A kid again, he was looking into the living room, where the Christmas tree was always on the right-hand side by the window with tinsel on it, and the table was filled to the brim with food.

“I was singing that line, and I was sort of thrown into that place again in the lyric,” Perry tells American Songwriter. “The next thing I know, I opened my eyes to look at the page, and I realized, ‘Oh, my God, I was really there.’ It felt like I was really there. It freaked me out.”

By May and June of 2021, Perry began tapping back into the memories and nostalgia and that childhood wonderment and fantasy around Christmas and started recording his versions of eight-holiday classics on The Season.

“Last Christmas, for me, was a very empty, spiritless Christmas, full of anxiety and I honestly couldn’t access childhood joys,” shares Perry. “I honestly couldn’t hear the music that used to bring those memories to my heart, because what was going on was more important to even be able to get near any Christmas spirit.”

At first fiddling around with one Christmas song from his home studio in San Diego with keyboardist Dallas Kruse, the project quickly snowballed into an album. “The songs just started to show up,” says Perry. “This project started out for me to try to catch some spirit of Christmas myself, and I ended up getting in touch with these songs again.”

Perry jokingly adds, “Plus, I ordered so many Christmas lights and had wreaths everywhere, so when you turned off all the lights in the studio… it was Christmas.”

Offering more jazz than standard renditions of “The Christmas Song,” “I’ll Be Home For Christmas,” “Winter Wonderland,” “Santa Claus Is Coming To Town,” “Silver Bells,” and “Have Yourself A Merry Little Christmas,” Perry also reminisces on the excitement of the New Year with a tender version of “Auld Lang Syne” and jazzier “What Are You Doing New Year’s Eve.”

“Each one of them had a different requirement,” says Perry. “They came to me with such a reverence that there were times I wasn’t sure if I should even try to sing the songs because they’re so timelessly charged with the original emotion.”

He adds, “To this day, they still  play the original Nat King Cole version of ‘The Christmas Song.’ They’ll play the Bing Crosby version of ‘I’ll Be Home for Christmas,’ or Ella Fitzgerald’s ‘What Are You Doing New Year’s Eve.’ Although they have been re-recorded by everybody, those are the definitive versions and those versions are not new, so I wanted to be very careful to pay reverence to them and not step out too much.”

On “I’ll Be Home for Christmas,” Perry adds a subtle twist with lyrics of oh, I want to be home with you… beside you but remained mostly faithful throughout the eight tracks.

Recollecting the smells, the sights, and sounds of his childhood Christmases, for Perry, who grew up in California with a working mother and spent most of his time at his grandmother’s home since his parents had split, choosing the eight songs on The Season was simple because they were part of the soundtrack of those days.

“When I was a child, these [songs] are the ones that meant the most to me, that had Christmas trees on my mind,” shares Perry. “I could smell turkey cooking. It brought me back to growing up in my grandmother’s house, and she’s cooking turkey, and there’s a tree in the corner with tinsel on it—nobody puts tinsel on trees anymore, but I love it.”

That’s the gift of music, Christmas in particular, says Perry, and its ability to transport you to those moments again. Perry remembers the poignant words of one of his favorite singers, the late Levi Stubbs, lead vocalist of the Four Tops—and the baritone voice of carnivorous plant Audrey II in the 1986 film Little Shop of Horrors—once shared with him about the power of a song.

“He said, ‘People hear the song like they first heard it, every time they hear it,’” remembers Perry, who says Stubbs’ spoke the words in his famous Little Shop of Horrors voice. “He really sounded just like that when he spoke.” Perry adds, “It’s interesting the way you first hear these Christmas songs as a child. For me, it’s how I’ll always hear them emotionally, so it was a challenge to be sure that I paid reverence and tribute to that.”

When remembering one of his favorite Christmas memories, Perry jokes that it typically centers around food.

“This is the problem, I’ve not been able to recreate a portal of tastes like that once was,” says Perry. “I would love to have a tasting creation experience of cooking that gives a portal to the original tastes that I’m talking about, meaning my grandmother’s cooking was unbelievable. She would have this kitchen table, and because it was Portuguese household, she would have a tablecloth with a doily over the table and clear plastic over that, so that was our big kitchen table.”

Every square inch of the table was filled to the brim that she would constantly have to rearrange plates to make room for things.

“This is cooking with Steve by the way,” adds Perry, who shares a special recipe his grandmother always made, and one he still makes to this day:

She would get sour cream and Philadelphia Cream Cheese and mix them together, chop up green chives, and put it in there. She would take French onion soup mix and throw that in there with a little tabasco [sauce]. Stir that all up. Then she would take two cans of minced clams and put them in there, and it would be this amazing onion, clam dip. And when you pulled out some potato chips and you started eating that, you’re not going to stop.

Being raised mostly by his grandparents was life-altering for Perry, something that stuck with him beyond holiday nostalgia. “When you’re able to be around your grandparents, they’re giving you a different generational instruction that your parents are not old enough to give you,” he says. “Their experience of being alive calls on every damn thing they tell you. I was raised by my grandparents because my mother had to go to work, so I think that gave me a more experienced upbringing.”

Everything has centered around experience for Perry. Most of the songs he’s written resided from somewhere in his past first.

“I think everything I write comes from nostalgic moments, whether it’s traces of a song or something like ‘No Erasin’ (2018),” says Perry. “That’s a true story of going to a class reunion years later, and parking on a ditch bank in my hometown with an old girlfriend and talking about the backseat of her car. Those are nostalgic things that are real stories, and when I can tap into those pictures in my mind, then they inspire the melody. They inspire the emotions.”

Full of nostalgia, Perry wanted to recapture all the things that matter after so much was lost in 2020, and still retain those feelings around Christmas as a kid on The Season, and how holiday music often becomes part of our DNA over time.

“It’s our childhood,” says Perry. “We get an opportunity to access some of our original fantasy of believing in things.”

As a child, Perry always wanted to keep believing in the miracles around the holiday—and Santa—and shared one last memory. “One time my dad came to visit, and I was about 7, and I still believed in Santa Claus,” shares Perry, whose mother was trying to slowly transition him out of believing in Father Christmas. “My dad said ‘I saw Santa on the roof of your house today,’” says Perry. “I said ‘where,’ and he said ‘on your roof,’ and I went ‘really.’ I told my mother, and she looked at me and said your dad’s losing it. And so at that point, I sided with my father. I still wanted to believe in Santa.”

In the spirit of Christmas, again, The Season is Perry’s portal into simpler times. It’s the momentary glimpses back to the old Christmas tree and the dinner table, and the reverie of something imaginable, and believable.

“We need to hold on to these moments,” says Perry. “I am learning now more than ever that the little nursery rhymes, the stories throughout history that teach children to believe in things—believe in heroes, believe in mythological things, believe in Santa, believe in the Easter Bunny, or whatever—the ability to be able to believe in something is something we all need as we run through this life.”

Perry adds, “That’s what happens with these songs and Christmas time. They conjure up that original moment when we were still believing.” 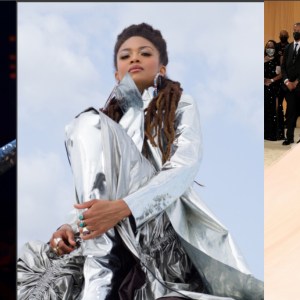 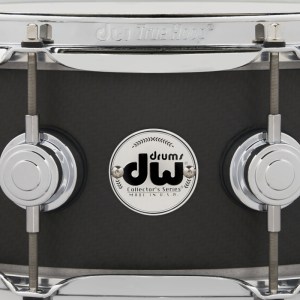