A woman alleging she had a sexual relationship with Aerosmith frontman Steven Tyler in 1973 when she was 16 years old, has filed a lawsuit against the singer under the California Child Victims Act on Dec. 29, according to a recent report from Rolling Stone.

Tyler is being accused of sexual assault and battery and intentional infliction of emotional distress by the plaintiff Julia Holcomb. Though Tyler isn’t explicitly named in the lawsuit, Holcomb has spoken openly about her experience with the singer, who was around 25 at the time of their alleged relationship, which she claims lasted three years.

Holcomb claimed she met Tyler at an Aerosmith concert in Oregon when she was 16 and followed the singer to Seattle. Tyler allegedly obtained guardianship of Holcomb in 1974.

“He had mentioned that he wanted guardianship papers so I could travel across state lines when he was on tour,” said Holcomb in a 2011 interview. “I had told him my mother would not sign me over to him. I asked him how he had gotten her to do it. He said, ‘I told her I needed them for you to enroll in school.’”

In the lawsuit, Holcomb claims that she was “powerless to resist” Tyler’s “power, fame, and substantial financial ability.” She also alleges that Tyler “coerced and persuaded” her into believing that they were having a “romantic love affair.”

Tyler’s 2004 memoir Does the Noise in My Head Bother You? is also referenced in the suit. In the autobiography, Tyler admitted to almost taking a “teen bride” whose parents “fell in love with me, signed a paper over for me to have custody, so I wouldn’t get arrested if I took her out of state. I took her on tour with me.” Though Tyler never mentioned his young bride by name, Holcomb is listed in the acknowledgments in the book.

The plaintiff also alleged that she became pregnant by Tyler after he threw her birth control off a hotel room balcony, and urged her to get an abortion after a fire in their apartment. “I could not believe he [Tyler] was even asking me to have an abortion at this stage,” said Holcomb in the 2011 interview. “He spent over an hour pressing me to go ahead and have the abortion. He said that I was too young to have a baby and it would have brain damage because I had been in the fire and taken drugs.”

At the time, a medical professional assured Holcomb that her unborn baby wasn’t harmed by the fire, according to the lawsuit.

She allegedly left Tyler after the abortion and moved back to Portland, Oregon where she met her husband and became a devout Catholic, and is now an anti-abortion activist.

Under the 2020 California Child Victims Act, the statute of limitations was temporarily lifted for survivors of childhood abuse with a filing deadline of December 31, 2022, which allowed Holcomb to make her claim after so many years.

In May 2022, several dates of Aerosmith’s residency in Las Vegas celebrating the band’s 50th anniversary were cancelled when Tyler returned to rehab following a relapse on prescription medication. In December 2022, the band was forced to cancel the remaining two shows of their residency due to an undisclosed illness Tyler had suffered. 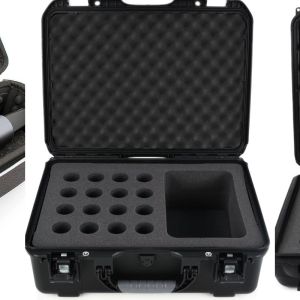