Aerosmith canceled the final two dates of their Deuces Are Wild Las Vegas residency shows at the Park MGM hotel and casino in Las Vegas on Dec. 8 and 11, to allow frontman Steven Tyler to recuperate from an undisclosed illness.

“To all our fans, we are so sorry to announce we are cancelling these last two Las Vegas Shows,” read a statement from the band. “On the advice of doctors, Steven has to sit these out. Stay healthy and we’ll see you in the new year.”

The band were previously forced to cancel their Dec. 2 and Dec. 5 shows due to the 74-year-old singer’s illness.

In June 2000, Aerosmith initially canceled a number of residency dates, and resumed the shows in September so Tyler could enter a rehab treatment program after relapsing on pain medication following foot surgery.

Celebrating the band’s 50th anniversary, Aerosmith recently played a concert at Fenway Park in their hometown of Boston in September. On Nov. 5, Tyler also joined Eminem on stage for a performance during the rapper’s induction into the Rock and Roll Hall of Fame.

Aerosmith has been forced to cancel a second show of their Las Vegas residency as frontman Steven Tyler recovers from an undisclosed illness.

“It is with great disappointment that we are forced to cancel tonight’s show in Las Vegas due to Steven feeling unwell and unable to perform,” Aerosmith posted on Dec. 2, prior to the first show cancellation. Initially, the band said Tyler was “expected to make a full recovery for Monday night’s Las Vegas show,” but were forced to cancel their next show scheduled for Dec. 5.

“Unfortunately tomorrow’s show, Monday, December 5, in Las Vegas has to be cancelled,” wrote the band in a follow-up statement on Dec. 4. “We sincerely apologize.”

Tyler, 74, also issued an update on his health on social media. “On the advice of my doctor, I’m taking more time to rest,” said Tyler. “There is no where we’d rather be than on stage surrounded by the greatest fans in the world.”

Both canceled concerts were part of Aerosmith’s Deuces Are Wild residency at the Park MGM hotel and casino in Las Vegas. Dependent on Tyler’s health, it’s unclear whether the band’s upcoming shows on Dec. 8 and 11 will go ahead as planned.

Aerosmith was initially set to kick off their 2022 residency in Las Vegas in the summer of 2022 but rescheduled the dates when Tyler entered rehab.

“As many of you know, our beloved brother Steven has worked hard on his sobriety for many years,” wrote the band at the time. “After foot surgery to prepare for the stage and the necessity of pain management during the process, he has recently relapsed and voluntarily entered a treatment program to concentrate on his health and recovery.”

For decades, Tyler has been open about his issues with addiction. His Aerosmith bandmates Joe Perry, Joey Kramer, Brad Whitford, and Tom Hamilton first helped him get sober with an intervention in 1988.

“There was a moment in ’88 where management and the band pulled an intervention on me,” shared Tyler in a 2019 interview. “They thought, ‘Get the lead singer sober, and all our problems would be over. So I got sober and, you know, it took me many years to get over the anger of them sending me to rehab while they went on vacation.”

Tyler added, “But today, because of that moment, I am grateful and owe a thanks to them for my sobriety.”

Throughout 2022, the band has been celebrating its 50th anniversary, including a performance in their hometown of Boston at Fenway Park on Sept. 8. Tyler also recently joined Eminem on stage for a performance during the rapper’s Rock and Roll Hall of Fame induction. 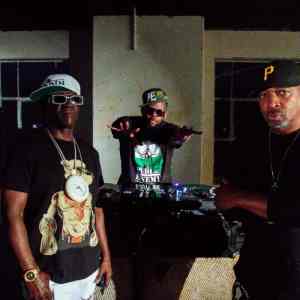