“Piece by Piece” is arguably one of the most powerful songs in Kelly Clarkson’s catalog. Written by Clarkson and Greg Kurstin, who also produced the track, “Piece” has been described by the singer as the sequel to “Because of You.” The latter is her gut-wrenching ballad and top 10 hit that she wrote as a 16-year-old to process the emotions of her parents’ divorce when she was six and released on her Breakaway album in 2005. Though “Piece by Piece” feels like a devastating song, Clarkson insists that it’s actually healing, allowing her to recognize the pure love she experienced with her former husband, Brandon Blackstock.

Though not a writer on the song, “Piece by Piece” may not have existed without Clarkson’s sister, Alyssa, after the two had a conversation one day about their supportive husbands. The conversation inspired Clarkson to dig deep and write a song about her father’s abandonment when she was a child and how it contradicted how she felt about her then-husband and the father of her children.

“I was talking to my sister on the phone about how sometimes girls with daddy issues don’t find men like that,” Clarkson told Glamour in 2015. “You find men who are all you knew, and I just feel so lucky.”

Clarkson recalled how the moment she held her first child, daughter River Rose, she felt an instant connection and could never imagine abandoning her. She also praised her husband at the time for being in the trenches with her and sharing the duties of parenthood, as opposed to it falling on one person’s shoulders.

“I had [my daughter] River, and even from holding her the first day, I was like, ‘How could anyone walk away from that?'” Clarkson reflects.

“A lot of the reason why I wrote ‘Piece by Piece’ was I didn’t realize the gravity of the situation until I had a child of my own, and until I experienced love like I do with Brandon on the daily,” Clarkson said in 2015 interview with the Huffington Post (she and Blackstock divorced in 2020). “I guess you don’t realize something is missing until you feel it. I can’t imagine walking away from my little girl. I can’t imagine not having that love anymore. I didn’t know it was missing because I never had it. It was a revelation and that’s why I wrote that song. I think a lot of people go through that.”

Throughout the song, the powerhouse vocalist takes the listener inside such devastating moments as when she was six years old watching her father leave for the airport. Later, she learns that his love is conditional as she sings, I made something of myself / And now you wanna come back / But your love, it isn’t free, it has to be earned / Back then I didn’t have anything you needed / So I was worthless.

On the flip side of that pain is gratitude for the man she built her own family with. He never walks away / He never asks for money / He takes care of me / ‘Cause he loves me / Piece by piece, he restored my faith/ That a man can be kind and a father could stay, she sings in the defining chorus.

Though Clarkson asserts it “wasn’t a hard song to write,” she did say it was challenging singing it live for the first time in rehearsals, unable to get through it without tears. But there is a light at the end of the tunnel, which was intentional for Clarkson, who says that “Piece” is actually a positive anthem that allows her to have empathy for her father.

“It’s not even sad tears; it’s just such a beautiful thing that I have found,” she expressed to Glamour. “It’s completely magical because there’s a little part of me that didn’t even know that it existed. I knew that this kind of love existed and that other people found it, but it’s such a breathtaking moment.

“It’s a positive song, even though I know it sounds sad,” she continued. “I don’t know what my father went through as a child, and I don’t know why he left and made the decisions he made, but everyone’s human. I don’t understand it for me, but I understand the depth of what that is—having a child—now, and he’s made me want to be that much more present in my family.”

The song was originally released as a radio-friendly pop song in 2015, but then re-issued as a stripped-down version with just a piano and Clarkson’s voice following her emotional performance on a season 15 episode of American Idol in 2016. Her rendition was so moving that even judge Keith Urban couldn’t hold back tears. “Piece by Piece” hit No. 8 on the Billboard Hot 100, No. 6 on the Adult Top 40 chart, and No. 11 on the Adult Contemporary chart. 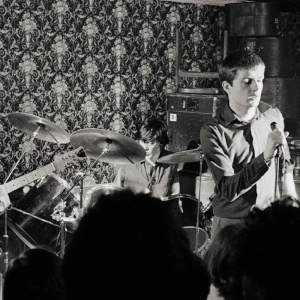 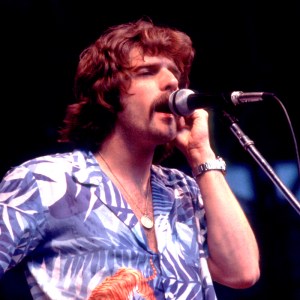