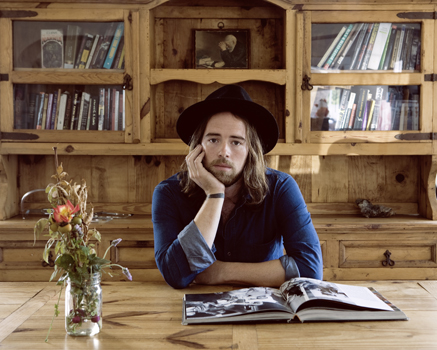 The Romany Rye’s founding member, Luke MacMaster, is a native of Big Bear, California, which is about halfway (and a little north) between L.A. and Joshua Tree. He recorded and released his debut album, Highway 1, Looking Back Carefully, with Delta Spirit’s Kelly Winwrich, then went on tour with both Delta Spirit and fellow Cali country rock outfit Dawes last year.

After Daytrotter’s Barnstormer tour, Dawes recommended MacMaster meet up with Chris Denny’s former band, The Natives, made up of Arkansans Judson Spillyards, Joshua Spillyards and Ryan Hitt. So MacMaster bought a ticket from California to Arkansas, and Romany Rye (the band) was born.

MacMaster spoke to us from Arkansas, where he and Romany Rye are getting ready for a trip to New York and the annual summit at South By Southwest, where they will play the Billy Reid and K-Swiss Shindig, presented by American Songwriter. The band has been working on a second record, which they recorded in Orange County and hope to release later this year.

Do you think there’s an L.A. or California country and folk rock revival?

There are a great number of bands coming out right now – Delta Spirit, Dawes – so [country and folk rock] is alive and well, it’s just not really happening here. The acts in California right now are mostly traveling acts. I feel like everybody is heading to New York. But I think California is going to bounce right back. I don’t know what people are paying attention to right now. But the second it sparks, there’s going to be a lot of great new songwriters all over again. It’s cyclical.

Are there certain cities or markets that you’ve played that you felt people were really in touch with country and folk-based rock music?

When we opened up for Dawes it was strange because we were in cities like Minneapolis and it was 1,400 [attendance] sold out, and I’m not kidding, while you played, it was dead quiet. People were paying attention with their whole being to every song and really investing in the songwriting. Which is so rare for so many places these days. That happened a lot on the Dawes tour. So I’m not sure that place matters as much as having an awareness.

What inspired you to start the band? When did you start writing and performing as The Romany Rye?

About three years. I was in a rock and roll band and played guitar. When I quit that band I just started writing alone. I was listening to more songwriters like John Prine, Jackson Browne, and Townes Van Zandt. I was making good friends with Taylor Goldsmith [from Dawes] and I saw how they were doing it. [Dawes] writes [songs] at an accelerated rate and they play them and they stand behind them 100%.

You’re working on a new record. How would you characterize it?

We’ve always wanted to play rock and roll that was influenced by country and soul. The record ranges from slow songs to upbeat ones that have influences like Grateful Dead and JJ Cale. It’s really a country and soul-inspired record. Kelly Winwrich, who plays piano in Delta Spirit, engineered and produced the entire record, as well as our friend Danny Garcia who co-produced it, along with Romany Rye.

Romany Rye is a great band name. What’s the story behind it?

It’s named after an 18th century novel by George Barrow. The short version is that an educated young man who comes from wealth – who’s meant to procreate and keep the family name alive – has a different outlook on life and he walks away from it. In his travels he met and became a part of this gypsy family. It was just a book that I read a long time ago and identified loosely with the character. When I recorded the first record, I needed a name – because there was already a Luke MacMaster – and I loved that book. Kind of like how Steppenwolf named their band after a Herman Hesse book. It’s actually something we’re really proud of because it’s a story in itself. 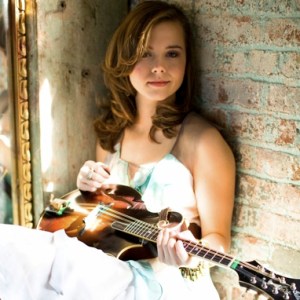 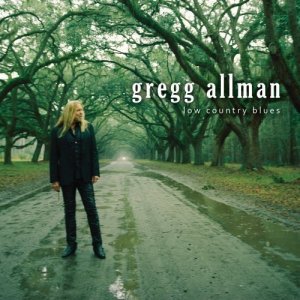