What began as a cryptic unveil, more and more about Midnights has been slowly revealed. Over the past few months, Taylor Swift has blessed her devoted Swifties with tidbits of information here and there regarding her tenth studio album.

Now, there are no more missing pieces and fans can stop overthinking each little teaser. Midnights is finally here and with it comes a new music video.

The video for “Anti-Hero” premiered on Friday (Oct. 21) at 8 a.m. ET. Comments praising the artist and voicing excitement came flooding in minutes before the video kicked off.

Opening on the singer sitting at a dinner table, bathed in the yellow glow from the retro light fixture overhead, the video begins with her back to the camera as the song title appears.

Cut to her face as she begins singing, I have this thing where I get older but just never wiser / Midnights become my afternoons against a sparse synthetic beat.

In the video, bedsheet-clad ghosts appear, the “problem” Taylor invites herself in to take shots and smash guitars, and a giant Taylor only wants to fit in. The song breaks away briefly to spy on future Taylor’s funeral where her family is reading her will. They realize they’ve only been left 13 cents and her beach house will become a cat sanctuary.

It’s me. Hi, I’m the problem. It’s me, the chorus fades back in as the video rejoins and closes on Taylor Taylor, “problem” Taylor, and giant Taylor hanging out and sharing a bottle of wine.

Watch all that and more play out in the video, below.

On release day at midnight, the artist shared a post on her Instagram about the album. Accompanying a black-and-white group photo with a handful of her collaborators, Swift wrote the message, “Midnights is a wild ride of an album and I couldn’t be happier that my co-pilot on this adventure was @jackantonoff.

She wrote of the album’s producer and her longtime collaborator Jack Antonoff, saying “He’s my friend for life (presumptuous I know but I stand by it) and we’ve been making music together for nearly a decade HOWEVER… this is our first album we’ve done with just the two of us as main collaborators.”

She continued detailing the record and how it was made, writing “We’d been toying with ideas and had written a few things we loved, but Midnights actually really coalesced and flowed out of us when our partners (both actors) did a film together in Panama. Jack and I found ourselves back in New York, alone, recording every night, staying up late, and exploring old memories and midnights past. We were so lucky to also work with our brilliant collaborators @sam_dew, @sounwave, Lana Del Rey, @jahaansweet, @keanubeats, William Bowery, and @zoeisabellakravitz. @sharp_stick was our excellent engineer. The wonderful and wise @bethgarrabrant took the album photographs.”

Swift concluded with “Midnights is a collage of intensity, highs and lows and ebbs and flows. Life can be dark, starry, cloudy, terrifying, electrifying, hot, cold, romantic or lonely. Just like Midnights. Which is out now.” 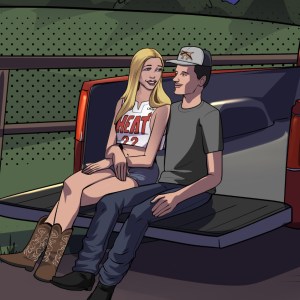 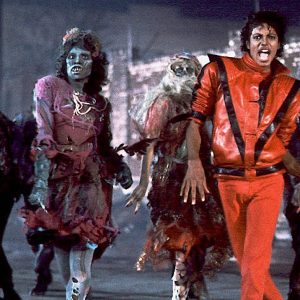