Sometimes the best things happen by accident and for Natalie Ribbons and Jason Chronis of Tele Novella, that is exactly the case with their latest single, “Paper Crown.” Ribbons tells American Songwriter how she wrote part of this upbeat song to keep herself occupied while at work.

“I wrote the very first verse of this song about nine years ago when I was a cook at a Thai restaurant,” Ribbons shares. “I used to make up little ditties to sing while I would chop up lime leaves and chilies, and this just happened to be one that stayed in my head all these years.”

Although this verse was written with the assumption that it would only remain a verse, with their sophomore album, Merlynn Belle, in the works, it became much more.

“When I considered this little song fragment, I was immediately very inspired and wrote the rest of the song in one sitting,” says Ribbons.

With its enchanting lyrics, “Paper Crown” is the perfect tune to make you feel inspired, and make you want to live every day to the fullest. It’s the type of melody to stick with you, even when you’re chopping lime leaves and chilies.

“This song embodies a feeling that sometimes spontaneously overcomes me, where I am just heart bursting-ly, madly in love with life and with the moment,” adds Ribbons. “Times like these, I just want to do anything within the realm of my abilities to leave a mark on this world and play a part in decorating time as it passes.

“It’s easy to feel bogged down by logistics, negativity, things like that, and to prevent ourselves from feeling blissfully lost in and inspired by the moment,” she continues. “This song is about embracing whatever the now looks like, even if it feels a bit aimless or ambiguous, and just getting up to dance and paint the town red with whatever you have to offer.”

Much like how the song came to be, the music video came about in an unexpected way. This is the fourth in a series of Super-8 videos that was shot for this record by director Vanessa Pla.

It wasn’t an easy task, with the large cast and varying locations. On top of that, losing some of the film and having to reshoot would have seemed like a breaking point. But the band was still able to pull off a well-done video that provides a unique look into the song.

“It was kind of a nightmare, but we did it,” Ribbons explains. “I’m really happy with what we captured because the tarot card theme led to so many spontaneous, creative ideas and many of our very favorite people appeared in it, too. It just has a magic to it that was mostly unplanned and I love that.”

In preparation for the upcoming album, check out “Paper Crown” here: 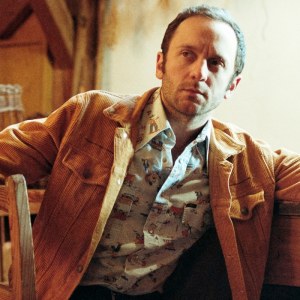 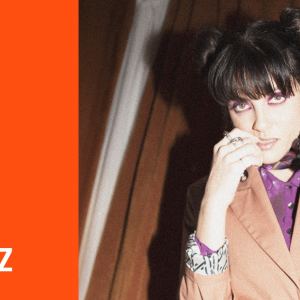