A lot of ink has been spilled elucidating the remarkable traits of Dolly Parton. And each drop has been worth it.

The legendary country artist has given her audience so much, whether that’s hit songs, books as part of her library campaign, donations toward the COVID-19 vaccine, or even a new novel.

But for those who are new to the Parton love-fest, it’s important to remember her most significant contributions: her music.

In order for Dolly to have achieved all she has in her remarkable career, music was most important. That’s the pedestal upon which she stands: her creativity.

So, let’s dive into a career retrospective, of sorts. And explore the 10 songs that define Dolly Parton.

Parton’s debut single from her latest LP, Run, Rose, Run, which is also the title of a new novel she co-wrote and released this year, showcases her charm and her ability to bridge country storytelling and catchy, pop sensibilities.

Famously, Parton grew up “dirt poor” in the hills (or mountains) of Tennessee on a family farm with many siblings. She’d go out and write songs by herself—many of them gems. Well, Parton wrote a song about her home and you can check it out below.

Speaking of those early days, Parton wrote this song to highlight her difficult upbringing and how, paradoxically, those were some of the best times of her life. Life isn’t all about celebrity and being rich. Sometimes getting through with those who you love is the stuff that matters most.

Always savvy and always smart, Parton knew how to take things and put them on their head (this time, literally). While she is known for saying things like “It takes a lot of money to look this cheap,” Parton also wrote this track to deflect some of the insults she might receive for being flamboyant with her big, big hair. Check it out here.

Parton’s first solo single for RCA Victor was released in 1968. Like the song above, it aims to put traditional tropes on their behinds. Parton was bold in this way. Smart as all get out. Check out this tune which challenged and challenges the norm.

This song explains Parton if for no other reason than she wrote it on the back of a dry cleaning receipt because she couldn’t find any paper at the time. She was on a tour bus and inspiration struck. When the song became a hit in 1971, the lyrics were framed.

This song is another of Parton’s most famous and one that’s been covered by myriad artists (most famously Whitney Houston). The track was written as a love note to a former partner and collaborator, Porter Wagoner, to help let him down easy as Parton was set to leave him and go solo. Check out the heartfelt tune here below.

Written for a movie of the same name that starred Parton, along with actresses Jane Fonda and Lilly Tomlin, this track showcases Parton’s knack for hard work and not taking no guff from anyone. She’s always been a dedicated producer of material. And this song is all about that.

Likely Parton’s most covered song, Parton wrote this song about a woman in Nashville who worked at a bank and was “trying to take care of my husband while I was out on the road.” The song, of course, put that woman in her place and continues to for decades. “I fought that redheaded woman like a wild cat,” Parton says in this performance below. 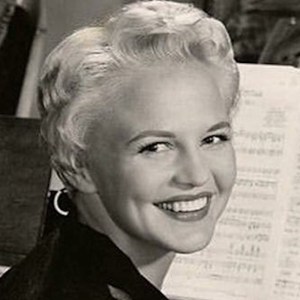