The Academic, an Irish alternative rock band, dropped a new five-track EP titled Community Spirit, out now (released July 16). The EP, released via Capitol Records, was produced and recorded during the COVID-19 lockdown while most of the band was isolated in the hills of rural Ireland. The heavy indie-rock group’s style is reminiscent of The Strokes and Cage the Elephant, with echoing guitar riffs that make for thumping anthems.

Craig Fitzgerald, on lead vocals and guitar, walked American Songwriter through their production process for Community Spirit. Fitzgerald says, “We were kind of sending ideas by phone and email. And I had sent over a couple of demos and we made the decision that we’re not going to get back out there [out of COVID] soon, and we definitely want to make music and put it out there.”

The band then moved in together to finish up the album, using the remainder of quarantine to work on the project. Fitzgerald adds, “So we kind of got ourselves together and acted like a bubble. And it was all self-produced in Stephen’s bedroom.” Without a producer to rely on, the band turned to the music production knowledge that they’d picked up over the years to help create the EP. Fitzgerald admits, “It was definitely a big learning curve. We learned a lot about being self-sufficient and not needing loads of people to come in and help us.”

Stephen Murtagh, the band’s bassist, continues, “I think the most interesting thing about this EP is that in every other thing we’ve ever released, there has always been a collaborator. We started kind of venturing into the idea of producing stuff by ourselves out of necessity due to COVID. But what I think is different about this, is you could say it’s the truest representation of us as a band, because there’s no outside influence. There’s no co-writes, there’s no co-producer, there’s no co anything. This is the four of us in a room.”

Not only does the album capture the band’s real essence, but it also explores the process of the band’s growth and maturation. Some of the songs on the EP were actually written when the band first formed about ten years ago, back when the members were 16 or 17 years old. With ample time to revisit old projects, the band sifted through earlier lyrics to try and see if they could bring new life to their songs.

Fitzgerald mentions, “It’s kind of funny because there’s some very new songs, but then there’s also extremely old ones. And one of the challenges was trying to make it all kind of cohesive. Lyrically, they haven’t really changed very much since they were originally written. At the time, when we wrote them, it seemed kind of angsty and naive. But then kind of looking back at them as you know, as men, now you have a totally different perspective on what you were actually trying to say.”

Murtagh continues, “I guess a good example of this is ‘Kids (Don’t End Up Like Me),’ it’s a song that is years old. We always say the message behind the song is this fear of not getting to see the world or not becoming the best thing that you can become…it’s just this fear of not amounting to anything when you’re like 16. But now we’re all in their mid-20s, singing about what we’ve done in the last 10 years. We’ve released records, we’ve traveled the world. But, like Craig was talking about this the other day, I think that feeling of fear is kind of cyclical in nature, and it hits you again once you get into your mid-20s. And even though we’ve done all these things, we’ve toured the world, the albums, you get hit with this cycle again of anxiety. You ask, ‘Am I the best version of myself that I can become?'”

You can listen to Community Spirit here now. 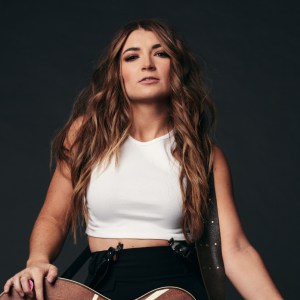 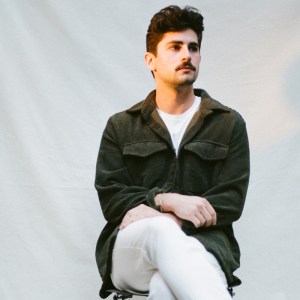