Musician Jonny Greenwood is the secret weapon when it comes to the U.K.-born band Radiohead.

He’s also linked up with Radiohead’s Thom Yorke for a new band, The Smile, because the two work so well together.

But Greenwood is also accomplished on his own. The 50-year-old British artist, who plays guitar and keyboards for Radiohead, is known for his work scoring films, including There Will Be Blood and Phantom Thread, which earned him an Academy Award nomination.

But what does the talented musician have to say about life and the world at large? About love, his craft, and more?

Without further ado, here are the 30 best Jonny Greenwood quotes.

1. “It’s what the Pixies always said about music—they were writing songs and just trying not to be boring. That was their main motivation and it worked for them. I remember reading that and thinking that was the way to do it.”

2. “I think it should be ambitious and good music does deal with life and art and all these wonderful things.”

3. “Everything I do feels like It’s going to end up being in Radiohead.”

4. “Every American college student goes to college with a hard drive. They take their laptop. There’s not a CD player in sight.”

5. “But over a period of time It’s the melodic things that are in my head all day.”

6. “I’m quite into listening to music and not doing anything else.”

7. “Obviously there will be a backlash. If you believe the hype you have to believe a backlash too. Any criticism we get, is always stuff we’ve already criticised ourselves.”

8. “There’s the soundtrack to The French Connection II, I think. It’s my favorite soundtrack. It hasn’t been released. I actually had to go and get the film and just make a recording of it to get the music.”

9. “It’s kind of not about the quality of the art, as much as this is what I love doing and I’d have a worse time doing anything else. That’s kind of as far as I think in terms of philosophy.”

12. “If I think about music in the future, I imagine it often as not involving electricity, in some dystopian, post-apocalyptic future. And that’s what I get from Penderecki: people making music by taking these instruments out of boxes and playing them. That’s a very bizarre and modern thing.”

13. “I sometimes feel a bit embarrassed to play guitar. There’s something—I don’t want to sound ungrateful—but there’s something very old-fashioned and traditional about it. You meet kids today whose grandparents were in punk bands. It’s very old and traditional, but then, so is an orchestra and so is a string section.”

14. “I worry about being a fogy and just writing for orchestras. Like, really, I should be doing more electronic stuff, I feel. Laptops as part of the orchestra, and installation sound, and speakers.”

16. “It’s no longer unusual for real avant-garde composers to have been in a band, and for bands to be interested in a wide range of music. Look at how artists like Aphex Twin are influenced by Nancarrow and Stockhausen.”

17. “Nothing’s more exciting than a day in a studio with a string section—or more ruinously expensive. So it’s good to feed that habit away from the band, especially if it means more experience for the next Radiohead string day.”

19. “I fell in love with electronics, which for me was the terra incognita, because I had never heard such sounds. If you’d asked me 50 years ago, I would have said the future of music is only electronic, but I would have been wrong. I learnt how to produce everything I needed with live instrumentalists, so I don’t need electronics.”

21. “It feels like Radiohead are famous, but that no one knows who we are. Which is brilliant, really.”

22. “Right now my mind is on the people who stole our instruments, and, specifically, the person with my guitar, which will no doubt end its days having Green Day songs worked out on it. A better fate was deserved—and while the reverence given to guitars annoys me, I shall miss it.”

23. “The rest of the band were basically friends, So it was me following them around and begging them to let me be in their band for two or three years. And they finally let me in on the harmonica, actually, and then the keyboards, and finally the guitar.”

24. “I was just very conscious that I could either bore people by having the music be similar for too long, or I could just wear them out and bore them in a different way by having it changing too much every minute or two minutes. So, there was that kind of balance to get right.”

25. “I suppose all of us—we have the old Protestant work ethic of feeling guilty when you’re not working, and getting a buzz from feeling like you’re really busy. That’s the reason to sort of carry on.”

26. “But I was in the Radiohead studio today and Phil was there drumming and Thom was there playing. We feel like we’ve only just stopped and already people are wanting us to carry on.”

28. “What I really enjoy about writing for orchestras is realizing that—and it’s kind of self-evident—but the fact that they are 48 individuals. It’s not, you know, a preset on a keyboard. It’s all these people who have opinions and who are making decisions about how to play.”

29. “Jamaican reggae is the style of music I always reach for when ranting to friends about how you could listen to one style of music exclusively for the rest of your life—and it would all be great and varied and worth hearing.” 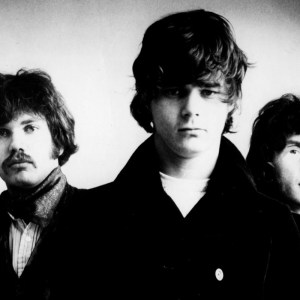