Bjork, the 56-year-old Icelandic-born songwriter, and performer is a genre unto herself.

She is a blend of the surreal and pop. She’s riveting, unique, and often showcases a high-voiced queen-like sensibility. There is no one like Bjork. Whether she’s solo or with her group, the Sugarcubes, the artist is a one-of-a-kind. And that’s a great, great thing.

But in between her popular songs and unique style, what does Bjork have to say about the world around her? What are her thoughts on life and love, her craft, and more?

1. “I’ve always appreciated working with people I have chemistry with, who are friends, and where you feel that the work is growing while you are getting to know each other better.”

2. “I do try and wear stuff by unknown designers, and I make sure I pay because if nothing else I have money.”

3. “Part of me is probably more conservative than people realize. I like my old string quartets, I don’t like music that’s trippy for trippy’s sake.”

4. “Being a musician is very easy. My house is full of musical instruments. There’s a lot of music, always.”

7. “In ’96, I was in a very specific place with my own music—I was only listening to beats. You would come to my house, and I would just play beats all day.”

8. “When I was 20, political music was the uncoolest thing on earth.”

9. “Most Icelandic people are really proud to be from there, and we don’t have embarrassments like World War II where we were cruel to other people. We don’t even have an army. So it’s sort of like an all-around good, innocent place.”

10. “My first album didn’t come out until I was 27, which in pop years is late, you know. But when it came time to arrange it, I became a kid in a toy shop. I had a harp and a saxophone quartet and a symphony orchestra. I went berserk for a time.”

11. “When I was a punk teenager, I rebelled because lots of people in Iceland think that foreigners are evil and that if you don’t wear woolen hats and eat sheep, you’re betraying your heritage.”

12. “The funeral business is so manipulative emotionally. I would want to be thrown into the sea or burned—something that’s not a big hassle.”

14. “With my projects, I really like the extreme high-tech stuff, but I also like the other end, the acoustic things. So it seems like those meet on an iPad, where you make shapes but the sounds coming out of it are really acoustic.”

15. “I have written most of my melodies walking and I feel it is definitely one of the most helpful ways of sewing all of the different things in your life together and seeing the whole picture.

16. “Sometimes, when I have a lot of ideas and I want to do a lot of things, or when I’m traveling, I lose energy and I can’t do as many things as I want. So I have to plan days when I’m not doing anything. I find that a bit boring, but it’s necessary.”

17. “I bought a laptop in 1999, and it was quite liberating because I could make a lot of my own decisions.”

18. “We didn’t really have television when I was a kid. Around 30, I discovered films and started systematically catching up. I collect interesting documentaries and films, and watch a few nights a week.”

19. “I think connecting natural elements and musicology is probably pretty idiosyncratic of me, so it is hard to imagine anyone else going down that route.”

20. “Nature hasn’t gone anywhere. It is all around us, all the planets, galaxies, and so on. We are nothing in comparison.”

21. “With a small-town mentality, you make a decision very early on as to whether you are going to do everything by the book or just go your own way and not care.”

23. “Football is a fertility festival. Eleven sperm trying to get into the egg. I feel sorry for the goalkeeper.”

24. “I do believe sometimes discipline is very important. I’m not just lying around like a lazy cow all the time.”

25. “I think religion is a mistake—I’m exhausted by its self-righteousness. I think atheists should start screaming for attention like religious folks do.”

26. “Usually when you see females in movies, they feel like they have these metallic structures around them, they are caged in by male energy.”

28. “For a person as obsessed with music as I am, I always hear a song in the back of my head, all the time, and that usually is my own tune. I’ve done that all my life.”

29. “I’m a bit of a nerd, I wouldn’t mind working in a shop selling records, or having a radio show where I could play obscure singles.”

30. “Solar power, wind power, the way forward is to collaborate with nature—it’s the only way we are going to get to the other end of the 21st century.”

33. “I get highs, to be totally honest, in second-hand shops. My hunting instinct, I expect, really kicks in.”

34. “The good thing about Pro Tools is you can actually hear what you’re working on, so it doesn’t just become this intellectual idea. But Pro Tools can be dangerous, too. It can make things sterile.”

35. “It would be flattering to be thought of as someone who celebrated life.” 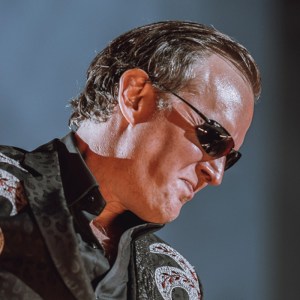 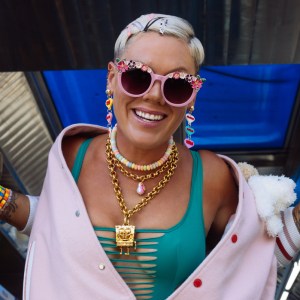