Acclaimed songwriter and performer Björk is launching a new podcast.

The Icelandic artist, who rarely is in the public eye, announced the news on Thursday (August 25). The new show will be called Björk: Sonic Symbolism. And according to a press statement, she will be discussing the “textures, timbres and emotional landscapes” of each of her records.

The first three episodes of the weekly series will launch this fall on September 1 via Mailchimp Presents, in collaboration with Talkhouse. Fans can listen to a trailer out now today.

“When I get asked about the differences of the music of my albums, I find it quickest to use visual shortcuts. That’s kind of why my album covers are almost like homemade tarot cards,” says Björk in a statement. “The image on the front might seem like just a visual moment, but for me, it is simply describing the sound of it. I try to express it with the color palette, the textures of the textiles, with what I am holding, the posture I am in, and the angle of it shows its relationship to the world.

“Also, the emotion of the mouth tries to share the overall mood of the album. Perhaps you can call it some sort of sonic symbolism? Most of us go through phases in our lives that take roughly 3 years, and it is not a coincidence this is also how long it takes to make an album or a film. This podcast is an experiment to capture which moods, timbres, and tempos were vibrating during each of these phases.”

Created and hosted by Björk, the immersive new podcast features a first-person reflection on albums like the 1993 Debut, to Post, Homogenic, Vespertine, Medúlla, Volta, Biophilia, Vulnicura, and Utopia.

In conversation with her friends, like philosopher and writer Oddný Eir and musicologist Ásmundur Jónsson, Björk will share stories that have never been told as she lets listeners into a process that continues to inspire, experiment and redefine the boundaries of how a musician works.

New installments will continue to come out album by album, each running 40-50 minutes, on a weekly basis through October 13th. Fans can subscribe to Björk: Sonic Symbolism and hear Björk in the show’s first trailer, out now HERE.

“What an unbelievable honor and privilege to work with Björk to tell these stories, her stories,” says Ian Wheeler, Founder of Talkhouse Creative Studio. “We’re so grateful to Björk for letting us in, and to Oddný Eir, Ásmundur Jónsson, Christian Koons, Anna Gyða, and Derek Birkett—as well as our partners at Mailchimp—for their invaluable roles in bringing this to life.”

“Björk is a continual source of inspiration, and we’re delighted to help bring her vision for this project to life,” adds Sarita Alami, Director of Programming at Mailchimp Studios. “We hope that the dreamers, creatives, and entrepreneurs who listen find the spark they need to unlock their next big idea.”

On Wednesday, August 31st, Björk will also appear in the final episode of Listening, another brand new podcast from Mailchimp Presents and Talkhouse. 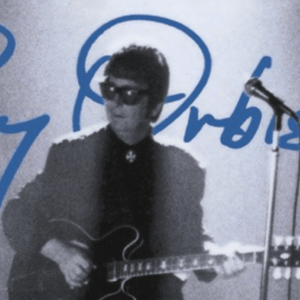