They say that time flies when you’re having fun, but that may be an understatement for alternative rock band Gin Blossoms. Composed of Robin Wilson (lead vocals & guitar), Jesse Valenzuela (vocals & guitar), Scott Johnson (guitar), and Bill Leen (bass), the Gin Blossoms have made the most of the past three decades.

And at the core of their time together is their 1992 release New Miserable Experience (NME). The album was the band’s second studio release, which features hit songs “Hey Jealousy” and “Found Out About You.”

“[‘New Miserable Experience’] has a deeper meaning [now],” Wilson tells American Songwriter, “because it’s become such a huge part of our lives, the foundation of our career, the foundation of our partnership. And the band is grown into a family, and it all started right around that time. We wouldn’t be here today if ‘New Miserable Experience’ hadn’t been a success. It’s given us the opportunity to continue playing long into the future, way past any point we might have imagined.”

This foundation that the band built together is rock solid (pun intended) and a timeless slice of nostalgia. As far as the genesis of NME, Wilson remembers that the album really got rolling after he brought the idea for “Until I Fall Away” to the band.

“When I brought ‘Until I Fall Away’ into the studio, it made an impression on the band and so we began tracking it,” Wilson explains. “And I remember one night when Jesse said to me, ‘It really needs a bridge, Rob.’ And so it was that night, staying in the band house that I sat down and came up with the bridge for the song. And I remember you know Jesse playing a lot of guitar on that track. And his support and enthusiasm for the song was really helpful.”

“The record needed something like that,” Valenzuela adds about “Until I Fall Away.” “It needed a place to breathe and just appreciate a beautiful melody. And so I think that’s why it affected everyone, and it’s just a fantastic song and it works well on the record. It works great every night live too.”

As their collaboration makes obvious, Wilson and Valenzuela are both seasoned songwriters. In describing his craft Wilson, rather unusually, likens songwriting to “designing a chair.” He continues to explain that “most songs are like a folding chair that you buy at Target. They function, they have all the same parts and you can make it work but there’s not much interesting about it. And so, as a songwriter, I attempt to design a memorable chair.”

Functionality and flair—those are the songs with staying power.

The Gin Blossoms are also taking their set on the road. Earlier this year, the band embarked on a tour to celebrate the 30th anniversary of NME aptly named Celebrating 30 Miserable Years Tour. Unfortunately, Leen was injured during the tour and the tail end of the tour was canceled to allow the founding Gin Blossom a full recovery.

“By going out and doing the anniversary tour where we’re performing the entire record for our fans—the people who want to come and hear it— we do it with respect for the songs, for the band, for the producer, and for the audience. That’s partly why when Bill got hurt in the middle of the tour, it didn’t feel right to bring in a substitute to play for Bill and continue on the tour,” Wilson says.

These values of good music and familial bonds are what make a Gin Blossom experience so universal.

Fortunately, the band still plans to get back on the road for a summer tour with Toad the Wet Sprocket and Barenaked Ladies. “This summer is going to be a great tour. It’s the biggest and most high-profile tour we’ve gone on in 25 years or so. And we’ve had some pretty good tours over the last decade or so,” Wilson says. 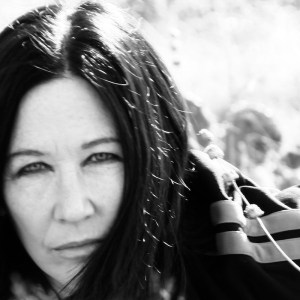