Bruce Springsteen. To many, he’s the pinnacle of American music—”The Boss.”

You don’t get that nickname for no reason. Truly, Springsteen—or, BRUUUUUUUUUCEEEEE! as his fans call him—has made his imprint on popular music and will continue to do so in one way or another for the next few hundred years, and beyond.

But beyond “Born in the U.S.A.” or “I’m on Fire” or “Glory Days,” what does the legendary artist, frontman and performer have to say about the state of the world? Or his understanding of the human condition, love, liberty, and more?

That is the subject of this inquiry here. So, strap in, and let’s dive headfirst into the best 39 Bruce Springsteen quotes.

2. “Blind faith in your leaders, or in anything, will get you killed.”

3. “I have spent my life judging the distance between American reality and the American dream.”

4. “A good song takes on more meaning as the years pass by.”

5. “The best music is essentially there to provide you something to face the world with.”

7. “The past is never the past. It is always present. And you better reckon with it in your life and in your daily experience, or it will get you. It will get you really bad.”

8. “Until I realized that rock music was my connection to the rest of the human race, I felt like I was dying, for some reason, and I didn’t know why.”

9. “You can’t be afraid of getting old. Old is good if you’re gathering in life. Our band is good at understanding that equation.”

10. “Your success story is a bigger story than whatever you’re trying to say on stage. Success makes life easier. It doesn’t make living easier.”

11. “Somebody who can reckon with the past, who can live with the past in the present, and move towards the future—that’s fabulous.”

12. “Adult life is dealing with an enormous amount of questions that don’t have answers. So I let the mystery settle into my music. I don’t deny anything, I don’t advocate anything, I just live with it.”

13. “I suppose when you do it correctly, a good introduction and a good outro makes the song feel like it’s coming out of something and then evolving into something.”

14. “If you’re good, you’re always looking over your shoulder.”

15. “Pessimism and optimism are slammed up against each other in my records, the tension between them is where it’s all at, it’s what lights the fire.”

16. “You can’t have a United States if you are telling some folks that they can’t get on the train. There is a cracking point where a society collapses.”

17. “I had tried to go to college, and I didn’t really fit in. I went to a real narrow-minded school where people gave me a lot of trouble, and I was hounded off the campus—I just looked different and acted different, so I left school.”

18. “There is a real patriotism underneath the best of my music but it is a critical, questioning and often angry patriotism.”

19. “I think politics come out of psychology.”

20. “If they had told me I was the janitor and would have to mop up and clean the toilets after the show in order to play, I probably would have done it.”

21. “I was an insecure young man. So my need for total dedication from the people I was working with was very great. Those things were tempered as time passed by.”

22. “Most bands don’t work out. A small unit democracy is very, very difficult.”

23. “Your spoken voice is a part of it—not a big part of it, but it’s something. It puts people at ease, and once again kind of reaches out and makes a bridge for what’s otherwise difficult music.”

26. “But then I go through long periods where I don’t listen to things, usually when I’m working. In between the records and in between the writing I suck up books and music and movies and anything I can find.”

27. “In the early years, I found a voice that was my voice and also partly my father’s voice. But isn’t that what you always do? Why do kids at 5 years old go into the closet and put their daddy’s shoes on? Hey, my kids do it.”

28. “My image had always been very heterosexual, very straight. So it was a nice experience for me, a chance to clarify my own feelings about gay and lesbian civil rights.”

29. “Basically, I was pretty ostracized in my hometown. Me and a few other guys were the town freaks—and there were many occasions when we were dodging getting beaten up ourselves.”

30. “Certainly tolerance and acceptance were at the forefront of my music.”

31. “The only thing I can say about having this type of success is that you can get yourself in trouble because basically the world is set open for you. People will say yes to anything you ask, so it’s basically down to you and what you want or need.”

33. “In the third grade, a nun stuffed me in a garbage can under her desk because she said that’s where I belonged. I also had the distinction of being the only altar boy knocked down by a priest during mass.”

34. “For me, I was somebody who was a smart young guy who didn’t do very well in school. The basic system of education, I didn’t fit in; my intelligence was elsewhere.”

36. “An outgrowth of having a long career is that I have a lot of interesting things around that I get to revisit, and someday get to the place where they become something that I want to do next.”

39. “I think you have a limited amount of impact as an entertainer, performer, or musician.” 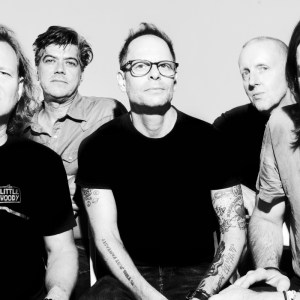 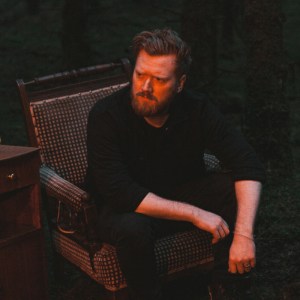