“Blister in the Sun,” the first song on the Violent Femmes’ self-titled debut album, introduced the folk-punk band to the world in a flurry of plucky strings, explosive snare hits, whiny-chic vocals, and lyrics long-misinterpreted.

Seemingly dirty, dingy, but downright drunkenly singable in spite of it all, the meaning behind their mega-hit “Blister in the Sun” is not what you think. Or maybe it is, but let’s dive in anyway.

He added through laughter, “But I can see where people could get that idea … I don’t think anybody likes that song because they think the lyrics are deep.”

Gano once explained to Mojo that, “Blister in the Sun” was originally written with a female vocalist in mind. He told the outlet of a woman he met, saying, “She wanted to form a band like the Plasmatics, and maybe I’d play guitar, and I wanted a song I could offer.” He wrote “Blister in the Sun” in time for an audition that would later be canceled. “I never heard from her again. I hear she joined a cult and moved to Canada,” he said.

While always elusive about the song’s true meaning, Gano has explained over the years that “Blister in the Sun” is about the feelings that come from drug abuse, a very realistic interpretation as the song opens with:

When I’m out walkin’, I strut my stuff
Yeah, and I’m so strung out
I’m high as a kite, I just might
Stop to check you out

A song about drug use, absolutely. The chorus – manic and scattered – even induces a heart-racing euphoria. It makes you want to break things, not … you know. But that interpretation begins to fall apart after that as the chorus goes:

One lyric under self-love suspicion: Big hands, I know you’re the one. When asked to clarify, Gano said of the iconic line, “I just thought of big hands because mine are small.” The frontman apparently had a crush on a girl in his youth, but she wouldn’t date him because of the size of his hands.

Another handy hypothesis, the next verse plays out: Body and beats, I stain my sheets / I don’t even know why / My girlfriend, she’s at the end / She is starting to cry. No explanation is ever really given as to why sheets are stained and girlfriends are crying. But the chorus plays on:

After, the song repeats, once again detailing high kites, big hands, stained sheets, tearful girlfriends, and, of course, blisters in the sun. Whether the song means getting high, getting by, or getting off, “Blister in the Sun” will continue getting played. 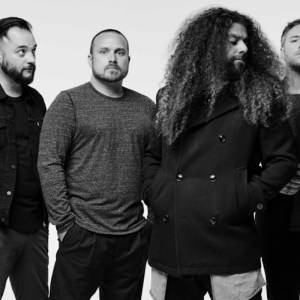