Opening with a bouncing bassline and memorable guitar licks, the Eagles’ “The Long Run” begins as an innocent enough single, seemingly telling the tale of an everyday relationship gone sour. As the track progresses, the lines reveal the group’s inner conflict at the end of the 1970s. Some of this conflict includes the struggles of fame and temptation, as well as the beginning of turbulent and changing times in the music industry.

The opening lyrics alone indicate the band’s frustration, with the last phrase being a direct message for the group to call it quits: It was high time I quit / I just couldn’t carry on that way.

The group’s fame skyrocketed after their 1976 hit “Hotel California,” and with it came the “live fast die young” lifestyle of ’70s rock and roll, founding member Glenn Frey told the Independent in 1992.

“We’d been living this lifestyle of limos, private jets, first-class hotels, and people doing what you told them to,” said Frey. “Plus, both Henley and I had developed drug habits, which didn’t help matters. Going to the studio was like going to school—I simply didn’t want to go.”

Intimidated by the charting success of their previous album, The Long Run was an album that took the group three years to write. The Eagles even intended it to be a double album but only made it to one full-length disc.

“It was an excruciatingly painful album to make,” Henley told Classic Rock in 2020. “We were having fights all the time about the songs enormous fights about one word–for days on end. That record took three years and cost $800,000, and we burned out.”

“The Long Run” was the second of three singles released from the album of the same name. It was preceded by “Heartache Tonight,” which reached No. 1 on the Billboard Hot 100 in November 1979.

A year later, the group’s buckling was what some called a self-fulfilling prophecy when they disbanded in 1980. While they eventually reunited in 1994, the tensions to maintain the same early success received from “Hotel California” led to widely received criticism.

Popular music critic William Ruhlmann said the album and the title track had been a “major disappointment” in comparison. “Amazingly, The Long Run reportedly was planned as a double album before being truncated to a single disc. If these were the keepers, what could the rejects have sounded like?” he said.

The music industry underwent huge changes at the end of the decade and different genres were rising to the forefront, with punk, synthpop, and other genres dominating the charts. Trading the ’70s swagger and rock and roll attitude for the ‘80s rebellious, new wave vibes.  The Eagles were rapidly beginning to worry about finding themselves in the discarded bins of has-been hot releases.

The group told Rolling Stone in 2016 that the song was written in part to respond to these comments and to make note of the changing music scene.

People talking about us
They got nothin’ else to do

“We were beginning to see press articles about how we were passe,” Henley said.

While the group received criticism for the album, the single went on to become one of the top 10 songs for the Eagles, becoming certified platinum within a year of release. The album itself was certified 7× Platinum by the Recording Industry Association of America in the years to follow and has since sold more than eight million copies in the US.

The Eagles are still among the top 20 bestselling artists of all time worldwide.

The Eagles recently extended their Hotel California 2022 tour that will feature a full-length performance of “Hotel California,” complete with an orchestra and choir accompaniment. The extension doubled the number of dates in North America, which now includes an appearance in Nashville, Tennesse. Tickets are on sale as of January 14 for the extended dates. 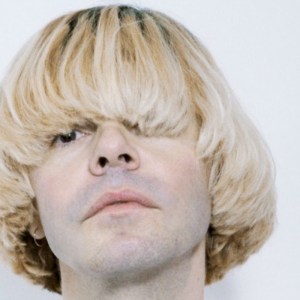