It’s 1989. George Bush is president. The Berlin Wall is on the brink of coming down after nearly 30 years. Iran’s Ayatollah Khomeini issued a fatwa ordering Muslims to kill Salman Rushdie for his controversial novel The Satanic Verses and called the United States the “Great Satan.”The Soviet–Afghan War had ended and The Gulf War would begin soon after.

Red, white and blue
People shufflin’ their feet
People sleepin’ in their shoes
But there’s a warnin’ sign on the road ahead
There’s a lot of people sayin’ we’d be better off dead
Don’t feel like Satan, but I am to them
So I try to forget it any way I can

As the world was turning upside down and transitioning, Young and guitarist Frank “Poncho” Sampedro were talking about the state of the world while on tour with his band The Restless and ended up writing “Rockin’ in the Free World.”

Some of the lyrics are a rather sardonic take on a remark by the then-new president Bush during his 1989 inaugural address and his 1988 presidential campaign promise for America to become a “kinder, gentler nation”—We got 1,000 points of light, for the homeless man… We got a kinder, gentler machine gun hand.

Released a few months before the fall of the Berlin Wall, “Rockin’ in the Free World” also worked as an anthem for the sense of freedom spreading throughout Eastern Europe.

“There was supposed to have been a cultural exchange between Russia and the United States,” said Sampedro talking about the meaning of the song in a 2018 interview with Mojo. “Russia was getting Neil Young and Crazy Horse and we were getting the Russian ballet. All of a sudden, whoever was promoting the deal, a guy in Russia, took the money and split. We were all bummed, and I looked at him and said, ‘Man I guess we’re just gonna have to keep on rockin’ in the free world. He said, ‘Well, Poncho, that’s a good line. I’m gonna use that if you don’t mind.’”

After checking into a hotel in Portland, the two needed a song—a rocker. “We’d written some songs and they were good but we didn’t have a real rocker,” added Sampedro. “I said, ‘Look man, tonight, get in your room, think about all this stuff that’s going down—the Ayatollah, all the stuff in Afghanistan, all these wars breaking out, all the problems in America. “Keep on rockin in the free world,” you got that: put something together man, let’s have a song!’ And the next morning, we got on the bus to leave and he says, ‘OK, I did it!’”

The song was performed live by Young for the first time with The Restless on February 21, 1989, in Seattle without any prior rehearsal.

Released on Young’s 17th album Freedom in 1989, the song opens the album as a more stripped-down acoustic rendition of “Rockin’ in the Free World” with the electric version a few songs down. Once released, the song reached No. 2 on Billboard‘s Mainstream Rock Tracks chart.

Though many artists have covered the song—The Alarm in 1991 and even Larkin Poe on their 2020 album Kindred Spirits—there’s no other bigger fan of Young’s, and the song, than Pearl Jam. The band has performed the song live and with Young, first appearing with the band for a blistering performance during the 1993 MTV Video Music Awards. In 1995, the band collaborated with Young on his 21st album Mirror Ball. Young returned the favor by playing with the band on their two-track (“I Got ID,” “The Long Road”) EP Merkinball in 1995, which was recorded during the Mirror Ball sessions. The band has used “Rockin’ in the Free World” as a closing song during many of their live shows.

Though patriotic in concept, a deeper look into the lyrics of the song uncovers more of its deeper meaning. “Rockin’ in the Free World” is an honest look at American life and the state of the world and social commentary on poverty within the country—people sleeping in their shoes—rampant drug addiction and child welfare, and the environment.

For the homeless man
We got a kinder, gentler machine gun hand
We got department stores and toilet paper
Got Styrofoam boxes for the ozone layer
Got a man of the people, says keep hope alive
Got fuel to burn, got roads to drive

Though Young sings of a “free” country, “Rockin’ in the Free World” depicts a nation unraveled and disjointed at the seams.

Young filed a lawsuit against Donald Trump for using “Rockin’ in the Free World” during his presidential campaign in 2015 and 2016. A Bernie Sanders supporter, Young said Trump was never authorized to use his song. “This complaint is not intended to disrespect the rights of opinions of American citizens, who are free to support the candidate of their choosing,” the lawsuit read. However, it continues, Young “in good conscience cannot allow his music to be used as a ‘theme song’ for a divisive, un-American campaign of ignorance and hate.”

Young, who later dropped the suit, added, “Imagine what it feels like to hear ‘Rockin’ in the Free World’ after this President speaks, like it is his theme song. I did not write it for that.”

On July 3, 2020, Trump again used the song at a pre-Fourth of July speech at Mount Rushmore. 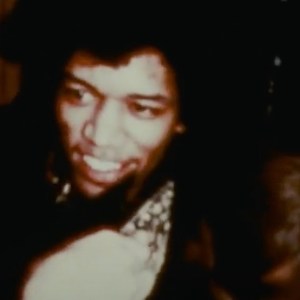 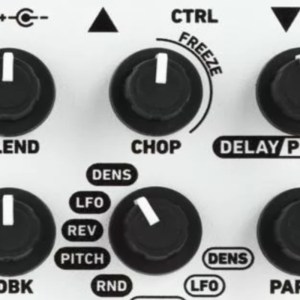