Jimi Hendrix is slated to be honored this year with a prestigious blue plaque at London’s Hard Rock Hotel in Marble Arch on June 10.

Experience Hendrix L.L. C. with the Hard Rock Hotel London and the Nubian Jam Community Trust will unveil the permanent historical marker, which commemorates Hendrix’s last London residence in the venue, known then as the Cumberland Hotel, before his untimely death in 1970.

As part of the ceremony, there will be a screening of the recent Hendrix doc, Music, Money, Madness… Jimi Hendrix in Maui, which itself earned a Grammy nomination for Best Music Film in 2021. There will also be an exclusive Q&A with the guitar player’s sister Janie, his producer Eddie Kramer and the film’s director John McDermott.

The movie is about an odd trip that included Hendrix and some hopeful moviemakers who visited Hawaii and created, well, one of the worst movies ever made. The new documentary follows that journey.

The ceremony this summer will be preceded on June 9, by a rooftop performance from the Mississippi-based blues guitarist and Grammy Award-winner Christone “Kingfish” Ingram.

Said Ingram, “Jimi Hendrix has long been an inspiration to me as a musician. I’m excited to participate in this historic event that honors his memory.”

There will also be a special presentation of Linda McCartney’s images of Hendrix on June 10, as well. As a freelance photographer, McCartney photographed Hendrix on multiple occasions. Her image of the Jimi Hendrix Experience with a group of young children at the statue of Alice in Wonderland in New York’s Central Park was Hendrix’s own choice to be the cover of his Electric Ladyland album.

Founded in 2006, the Nubian Jak Community Trust is the only commemorative plaque and sculpture scheme focused on memorializing the historic contributions of Black and minority people of various ethnic origins in Britain and beyond. The NJCT has since installed more than 71 commemorative blue and black plaques throughout the UK, including an array of musicians from Samuel Coleridge Taylor to Bob Marley.

Jimi Hendrix has been greatly admired for his pioneering musical influence and this will be the UK’s second plaque to honor him. The first blue plaque recognizing him was unveiled in 1997 at his 1968-69 Mayfair residence by English Heritage, an organization that oversees the original Blue Plaque in London dates back to 1866 and celebrates the links between notable figures of the past and the buildings in which they lived and worked and has similarly celebrated Jimi Hendrix.

“I’m so proud of my brother Jimi and his being honored again in London,” said Janie Hendrix. “His mission was to spread love across the world through his music, and we continue to see that come to fruition all these years later. Eddie, John, and I all look forward to interacting with people on June 10, whose lives were touched by Jimi in London—a city that was so important to him and his career.” 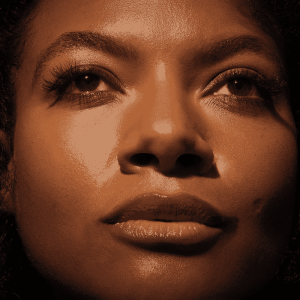