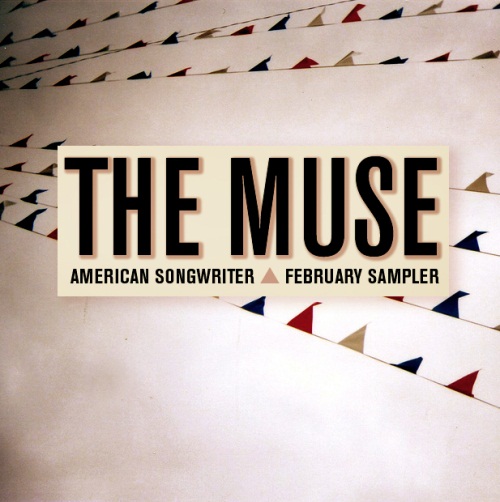 American Songwriter is proud to present the The Muse February Sampler, a hand-picked selection of ten new tracks from some of our favorite artists. And best of all, it’s free! You can download the sampler by going to this URL: http://americansongwriter-february12.bandcamp.com/album/the-muse-february-sampler

Singer-songwriters’ public closeups rarely get more ominous than this. Van Etten’s vibrato has hints of Buffy Sainte-Marie’s human singing-saw qualities, though the moaning, bluesily layered chorale she comprises on “Serpents” sounds more like Layne Staley stomping out an Arcade Fire anthem. Come to think of it, the mantra “Serpents in my mind/ Trying to forgive your crimes” isn’t that far off from Alice in Chains either, who should be remembered as rather swampy and hypnotic in their day as well.

With 2010’s Shame Shame, Philadelphia’s treasured Dr. Dog tightened up, to use the Black Keys’ term, and at this rate they’re poised to be as big as the Keys themselves. Having gotten their Beatles pastiche fixation out of the way, they’ve begun isolating parts: a lumbering bass tumble, stomping drums laced with watery conga, quizzical organ, upfront vocal harmonies that only split into individual voices for a hearty “whoa!” And in an even better development, the rootsy “That Old Black Hole” is one of their fastest-tempo tunes ever. Getting faster is what more bands should do on their sixth album.

Having long been obscured by his ex-bandmate Jeff Tweedy’s shadow, Jay Farrar finally gets his own shot at interpreting Woody Guthrie’s unused lyrics a la Mermaid Avenue when New Multitudes comes out February 28.  But on this track, Centro-matic’s Will Johnson assumes lead vocals; the blasts of E Street harmonica and noisome guitar perfectly complement the Waitsian desolation on “VD City,” a town that’s made clear is no Cheers bar.

Don’t read too much into that title, as Edwards and Bon Iver’s Justin Vernon aren’t exactly a tabloid-friendly pairing, despite both their rising stars of the moment. Do read into Vernon’s production, which does mountainous service to a voice as big as Edwards’ on this big parachute of an adult-contempo hit-to-be. Her ghostly, oscillating “wooo” hook is perfect for a valentine to “margaritas and sleeping pills”. And with the insistent pleas to “go ahead, run, run, run, run” she’s stumbled upon her first great driving song as well.

First, fanfare that Lana Del Rey would gladly swipe for a hiphop boat. Then the spat-opening lyric is “Don’t know what the fuck they talk about/ Maybe blowing kisses,” intoned by the one-of-a-kind Kurt Wagner at the beginning of this meta-account of possibly itself: “the strings sound good/ Maybe add some flute?” From there Wagner walks and talks, in that Western soundtrack vibe he’s been spinning over his band’s surprisingly long career, and it’s hard to tell if this theme is opening or closing the movie. Maybe starring in it.

Hacienda may prove to be San Antonio’s answer to Foster the People if “Savage” is any indication, and that’s not a diss. The Dan Auerbach-produced quartet utilizes a thin disco beat, thumping bass and whining theremin to underscore their sticky, lovely melody that could just as easily be a honky tonk anthem as it lends itself to brostep remixes. The well-harmonized refrain of “Let’s be savage/’Til the feeling’s gone” is as good an excuse to pogo as any, and they didn’t have to resort to whistling.

A tad more aggressive than his wiseass, hammock-paced “Hockey Teeth” last year, on “Caught Me Thinking,” Afie Jurvanen wisps over a funky staccato riff and surfer’s reverb and continues to best his fellow beach bum Jack Johnson at his own game. With self-admonishments like “What was I thinking/ As if my drinking was the only thing that drove her way,” and Scribble Jam-worthy rhymes like “condition” with “war of attrition,” “Caught Me Thinking” could be the slacker-twang “Margaritaville” if such a thing could even exist.

Ani DiFranco, now 41 if you can believe it, made a lot of great albums when her biting wit and virtuosically noodly guitar burst onto the scene in the mid-90s. But it could rarely be called pretty music, and she spent much of the 2000s mired in jazz horns and funky textures to further stave off the temptations of straightforward, beautiful melody. But on the new Which Side Are You On?, especially the lovely “Life Boat,” she gives it all up: heart, turns of phrase, and chord changes to match, not a moment too soon.

Wagons – “Moon Into The Sun”

“Today I’m in the mood to be sad and lonely” sings Henry Wagons, whose gulpy twang baritone isn’t immediately Australian but is definitely inspired by Johnny Cash. His syllables are so long, liquid and pronounced, climaxing on a matter-of-fact “My life’s a fucking mess without you,” but “Moon Into The Sun” is still a dead ringer for a more extroverted Magnetic Fields, considering two of their most obsessive song topics are in the title. The comic deadpan and circular refrain help too, even if the tune side of the scale far outweighs the irony.

Wrinkle Neck Mules – “When The Wheels Touch Down”

Richmond howlers earn their name with vocals this grizzled and a website that lists blog updates as “Yarns.” “When the Wheels Touch Down” pounds along mightily before the other shoe even drops, with a big hairy guitar solo at the end and stadium sized echo to capture every gargled note from Andy Stepanian’s lips. It’s hard to tell if this sound is being made by five musicians or a chain gang hollering of the day when they’ll finally escape. Then you start thinking how good that voice would reverberate off of holding cell bars. 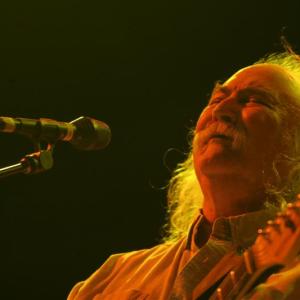