I drank a liter of tequila in my bedroom, it’s taking every ounce of power not to text you.

K.Flay has no qualms about being frank. On “Four Letter Words,” one of five tracks off the artist’s upcoming EP Inside Voices, out June 11, K.Flay (Kristine Flaherty) hits her breaking point, expletives and all.

“So often we keep everything bottled up,” says Flaherty. “’Inside Voices’ was a way for me to exorcise some demons and safely express these uncomfortable but very human emotions I was feeling.”

Sharing a piece of her mind, in so many words, “Four Letter Words” explores the fine line of being polite and letting it all out. “It’s petulant, on some level to go up to someone and just say, ‘Hey, you know what, fuck you,’” says Flaherty. ‘There’s something so childish about it, but there are moments when you cannot hold those feelings in. You need that relief, that catharsis, and sometimes it comes out in an immature way. I’m usually pretty mild mannered, and I try to be measured and tempered in my life and in my response to things, but I am also an animal.”

The video, animated by MERO Studio and animators by artists Caius Revas, Freddy Buitrago, Omar Ramirez, Juliana Rueda, finds K.Flay trashing about in her bedroom, with the two sides of her psyche—IV (representing the “id”) and OV (representing the “superego”)—pulling her more sinister strings.

Following up K.Flay’s 2019 release, Solutions, Inside Voices moves through all the things in one’s head with elements of dissonance, discomfort and a few laughs, from “Dating My Dad,” featuring Travis Barker on drums, a song about repeating old parental behaviors, “TGIF,” a punk-pop tale of detachment from world events with Tom Morello on guitar, through anthemic punk chants of “Good Girl,” co-written with Dan Reynolds and closing “My Name Isn’t Katherine,” produced by JT Daly, Flaherty’s response to all people who keep calling her the other “K” word.

“The other thing that I hope shines through in the EP is a sense of humor,” says Flaherty. “I’m not like taking myself too serious. I’m serious about what I do, and I put time and effort into this, but there’s a sense of humor, and a sense of self awareness and a little bit of a wink.”

Written and recorded prior to the pandemic, holding the songs back in 2020 gave Flaherty some time to create more of a narrative for the EP, conceptualizing a larger world, exploring more psychoanalytic theories around one’s “id,” or ego.

“I think this is a good framework for thinking about the human psyche,” says Flaherty. “You’ve got one side, and then the super ego on the other, and my aim was to capture a different type version of the primal scream, those forces or impulsivity. I think we all have many ways of exercising our id, both on the sonic perspective and in a lyrical perspective.”

Looking ahead to a forthcoming tour in 2022, Flaherty, who recently released Don’t Judge A Song By Its Cover—which included her more bombastic covers of songs by Green Day, The Offspring, and Limp Bizkit—has been on quite the ride since her 2014 debut Life as a Dog and sees herself as more “accomplished” now, lyrically, in production, and even playing guitar.

“At this point in my career it’s about being authentic to myself, because on some level, we all have specific demons that are going to haunt us our whole life,” says Flaherty. “I often return to those things, and I like when songwriters explore a feeling or a topic across multiple albums but it’s important not to rehash the same territory.”

On Inside Voices, Flaherty says she wanted to push herself and get a little uncomfortable with the new tracks.

“When I felt a little uncomfortable, that’s when I felt like I was probably hitting upon something that could be compelling,” she says. “As an artist and songwriter, especially when you’ve been doing it for a while, it’s easy to stop surprising yourself. I wanted to push the envelope a little bit, so each of these songs is me screaming out in different ways.” 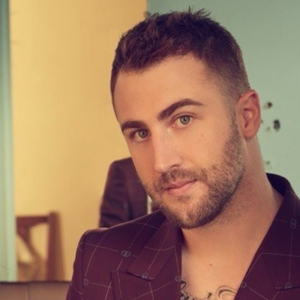 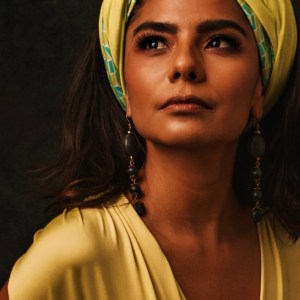