“The song wrote itself. It was written by something outside of myself through me.” 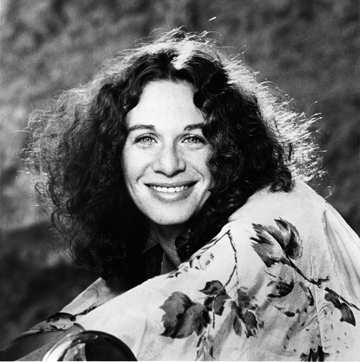 She is one of the most successful female songwriters of all time. Even before her two-sided hit “It’s Too Late” and “I Feel the Earth Move” went to number one in 1971, Carole King had already written eight other number one records. They were co-written with Gerry Goffin, whom she met in 1958 at Queens College in New York. Together, Goffin and King churned out an amazing flow of hit records, inspiring the likes of the Beatles with their successes.

Born Carole Klein in Brooklyn on February 9, 1941, she took piano lessons from her mother when she was four and started writing her own music only a few years later. She met a young songwriter at Queens College named Paul Simon, and the two of them teamed up to make demos for others, with Carole covering piano, vocals and drums. She also met Gerry Goffin at Queens, and when they started dating, they found more excitement at the piano than anywhere else, “even the movies,” Carole said. So they started to write songs together—Carole generating most of the melodies and Gerry most of the words—and wrote about 150 “bad songs” (according to Gerry) before coming up with their first hit, “Will You Love Me Tomorrow?”

Was your song “You’ve Got a Friend” written for anyone in particular?

No. That song was as close to pure inspiration I’ve ever experienced. The song wrote itself. It was written by something outside of myself through me.

Is that an unusual feeling for you?

It happens from time to time in part. That song is one of the examples of that process where it was almost completely written by inspiration and very little if any perspiration.

Does that give you the feeling that these songs come from beyond you?

Can you give us any advice about how to get in touch with that source?

Songwriters, both lyricists and melody writers, are often plagued with the thing most often known as writer’s block. All writers are, writers of prose as well. I have found that the key to not being blocked is to not worry about it. Ever.

If you are sitting down and you feel that you want to write and nothing is coming, you get up and do something else. Then you come back again and try it again. But you do it in a relaxed manner. Trust that it will be there. If it ever was once and you’ve ever done it once, it will be back. It always comes back and the only thing that is a problem is when you get in your own way worrying about it.

I’d like to say that I almost never have worried about it. Because when it seemed to be a problem, when I seemed to be…I don’t even want to say “blocked” because it seems like too strong a word. But when the channel wasn’t open enough to let something through, I always went and did something else and never worried about it and it always opened up again. Whether it was an hour later, which is often the case, or a day later or a week later or sometimes a few months later, I just didn’t worry about it.

Do you ever feel limited by the song form?

No! The song form is limitless. You can do anything you want. Given the fact that a song is generally something that takes between three and five minutes on a record. But if you feel like going seven minutes, you can go seven minutes. If you want to write a really short song, you can do that. I think it’s kind of nice because you’re given a task to make a statement, musical and lyrical, and you do it and you don’t have two hours to do it in. That’s kind of nice; but I don’t think it’s limiting at all. I think it’s liberating.

Senior Editor Paul Zollo’s book Songwriters on Songwriting (Da Capo) is currently in its fourth edition. Overflowing with candid interviews, Zollo’s keen questions with 62 songwriters provides an exciting and necessary read for anyone interested in the craft. From Bob Dylan to Frank Zappa, Merle Haggard to R.E.M., these interviews are nothing short of a treasure.

AmericanSongwriter.com readers can now rediscover some of these classic Q&A’s. Check out the Paul Zollo Blog every other week to read excerpts from Songwriters on Songwriting. 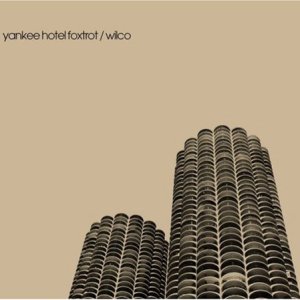 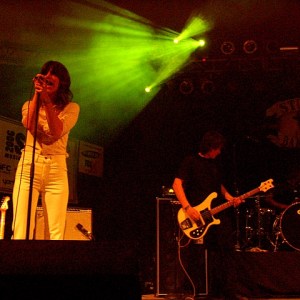