Breaking up is hard to do, but maybe sometimes, if you’re a pioneering alt-rock rock band from the late ‘80s, it’s completely necessary. At this point, the Pixies have been playing reunion tours longer than they were a band in the first place. Put that in your pipe and smoke it.

If you didn’t catch them the first time, it can be hard to penetrate the hype. These weirdo songs helped lay the foundation for Nirvana, Radiohead, and all of indie rock? But allow them some space in your head, and you’ll never get them out again. Anyone who likes the Pixies, loves the Pixies. They’re just that good.

The band reunited in 2004, and since then, they haven’t looked back. On Friday, they brought their Doolittle Tour to the Ryman Auditorium. It didn’t matter that they recorded Doolittle under strenuous conditions, marred by infighting and band exhaustion. Tonight, they were performing their de facto “greatest hits” album triumphantly, from start to finish, b-sides included. Never mind that it was more than 20 years after the fact. Good things come to those who wait.

The stage was flanked by a giant video screen, which showed movies like the 1929 surrealist film, Un Chien Andalou. Any Pixies fan will recognize that title from the chorus of “Debaser.” In fact, the film heavily inspired the Doolittle album. A vintage video of fantastical horrors, complete with someone “slicing up eyeballs,” it set a creepy tone for the creepy lyrics to follow.

The set started out with three Doolittle b-sides, performed in the dark, a cool trick that allowed the Pixies to be their own opening band. (The real opening act, Fuck Buttons, actually did more damage than good – their vocal-less electronic set, which droned on for forty minutes, had fans streaming for the exits.)

Full album gigs can be a mixed blessing; sure you know you’re going to get a great set list, but part of the fun (and sometimes, the frustration) of seeing a concert is never knowing what you’re going to get. But when it’s an album as beloved as Doolittle, the lack of spontaneity is far outweighed by the pure awesomeness factor of hearing such a seminal album played in its entirety.

“Mr. Grieves” is still the greatest song ever. “La La Love You,” which sounds like every New Wave song mashed up into one, remains a crowd favorite, as does “Hey,” its stutter-step refrain inspiring pumped-fist singalongs. “Here Comes Your Man” and “Monkey Gone To Heaven” are your mixtape staples, and some of the catchiest creations to spill out of Frank Black’s brain. Doolittle doesn’t so much end as implode, with the whispered, then shouted chorus of “Gouge Away” pulling the music back in on itself. Afterward, the band soaked up the applause like folk heroes, then left the stage to prepare for their encore.

A funny thing happened on the way to the finish line; during non-album track “Into The White” sung by bassist Kim Deal, the Pixies blew the Ryman’s sound system. At the same time, waves of dry ice engulfed the auditorium in a pea-soup-like fog. After a ten minute break to fix the problem, the Pixies came back strong, playing beloved numbers like “Caribou,” “Vamos” and “Gigantic” with the house lights up, which fostered a feeling of community and rallied the crowd. They left things with “Where Is My Mind,” complete with Deal’s sugary backup vocals, the icing on the Doolittle cake. “Woo-ooh” indeed.

View photos of the show here. 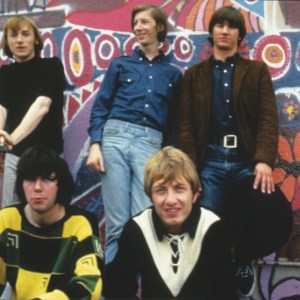