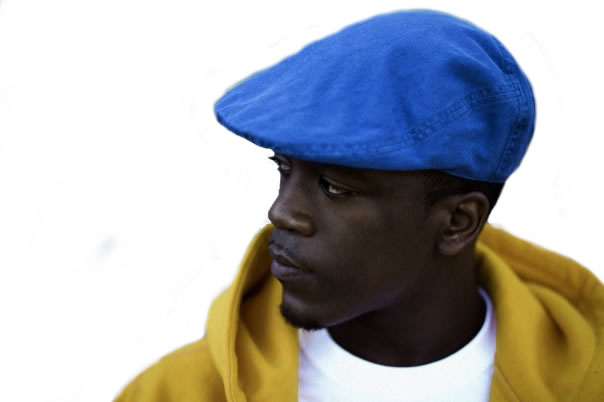 Our interview with up-and-coming R&B superstar Iyaz lasted about ten minutes, in which time he tweeted, ordered room service and discussed co-writing his debut single, “Replay” which peaked at #2 on the Billboard Hot 100. The song is off of his soon-to-be released album of the same name, but until that date comes, Iyaz is keeping busy sharing screen time with Miley Cyrus on Hannah Montana, and having post-concert water fights while on tour with Justin Bieber. The lesson here? If Sean Kingston messages you on MySpace, answer.

When did you start writing music?

I Actually started in 2004, I always used to do music before that, but like, some kiddie stuff, just for the fun of it, but me and my buddy actually took it serious in 2004.

What can you tell me about your songwriting process?

There’s not much of a process, just give me the beat, put me in the dark and come out with a hit.

You’ve co-written several of the songs on the album with some other folks, can you talk about that experience?

Yeah, that’s crazy. I’ve been pleased to work with Miley, Charice, Sean Kingston, I love what I do so, definitely whether it’s writing or singing or performing, I try to do all to the best of my ability.

You got started in 2004, had you done much with music before then?

I grew up in church so I had been singing from a very small age. The whole family sings, so it’s only right for me to do music too.

As far as influences, what are they?

I grew up listening to Bob Marley– a lot of reggae, Bob Marley, The Wailers. Gospel, Wanda Adams, Aretha Franklin, Kurt Franklin, all of those.

I hear you have an interesting story as far as the way you were found on MySpace by Sean Kingston, can you tell me about that?

I was in college at the time and I justt checked my MySpace and I saw a message from Sean Kingston, but I didn’t actually believe it was him so I kind of ignored him. Then I finally answered him. I gave him my number and he called me and we chatted it up for a bit and then he flew me out to meet him the next day.

How has being from the Virgin Islands impacted on your sound?

What’s the story behind “Replay?”

I did that song with Rock City, they’re signed to Interscope. They did “Take You There” with Sean Kingston, and they did “Me Love” with Sean Kingston, Pussycat Dolls, “When I Grow Up,” all of that. And they’re also from the Virgin Islands just like myself, born in the same island and they had a dope idea for a song, so and I’m like “What?” So they played it for me and I’m like, “I really like the direction,” so they sent it over to me and I did my part, played it for J.R. [Rotem], he liked, said it needed a little more tweaking, so I did what I did. Turned the lights of, went in the dark, and went at it.

When you’re writing songs, do you write from personal experience, or is it more general?

“Replay” is pretty infectious. Are there any songs that have gotten stuck in your head over the years?

Of my own, or overall?

“Replay” has done so well on the charts, do you feel that sets a high bar for the rest of the album?

Yes it does, but I’m not even worried about that, my fans love everything I do, so hopefully they love the singles that I put out and the singles are a reflection of the album, so I should be in good hands.

Can you talk about some of the other tracks that are on the record?

The rest of them are nothing but, they’re just like the rest of the songs, I mean, the singles– Island pop, feel good music, love songs, me doing my storytelling, telling you a bit of my life. I took all the features off the album, it’s basically about myself. That’s basically it.

Is there any song, looking back, that you wish you’d written?

“Party in the U.S.A” Miley Cyrus. I love that song.

What is it about that song that you like so much?

Ah man, just makes me want to party. It’s so fun. I love the whole, like, lyrics, I love everything. I’m not from here, so definitely when I come here I want to party.

Is there anyone you’d like to collaborate with in the future?

Green Day. I’m a big Green Day fan. I love everything they do. I’ve been listening to their music four to five years. There’s not much acts out there that have their own Broadway show. Definitely Green Day.

Are there any songs on the new album that stand out to you, you’re particularly proud of? And why?

Not really. All of them are, like I said, true stories, so basically I have the same feeling for each and everyone of them. Of course “Replay” and “Solo” are going to have more meaning than the rest because they’re the singles, you know? They’re the ones that got my face out there, they’re the ones that have me on tour with Justin Bieber right now, so definitely “Solo” and “Replay.”

“Solo” is basically telling the girl, I don’t want the scene, the cars, the traveling, all this good life if I can’t share it with her. I don’t want to walk this earth if I have to do it solo.

What’s it like being on tour with Justin Bieber?

That’s fun, going out there every night. We kind of have the same fans, so the fans love every second of it. Some of it, they don’t even know I’m on the tour, I’m a special guest, I come out with Sean Kingston, ‘cause I’m friends with Sean, so they don’t know I’m on the tour until they see me when Sean brings me out, and they start screaming, going crazy, like crying. And after the shows we have a huge water fight.

So you work a lot with Sean Kingston?

Not really. We haven’t worked together since I got signed. He’s working on his album. His stuff took off and my stuff took off, so if it wasn’t for the tour we wouldn’t even see each other until Christmas.

What do you have lined up for the future?

Hopefully, a very successful album. You know I got a role in Hannah Montana, so hopefully that could open up a few doors to me. Not for huge acting roles, I’m not trying to be the next Denzel, I’m just taking it one step at a time and trying to see what’s going on. They got me watching Disney Channel at the same time, it’s crazy. I love Disney Channel.

Is there any thing in general you’d want to add?

You mentioned Twitter, and obviously you were found through MySpace, do you do a lot with social media? 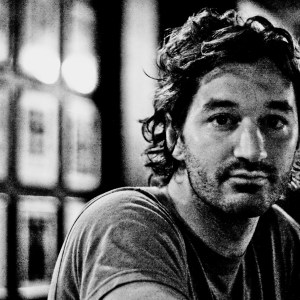