We’ve all idolized a particular band or singer whose music spoke to us. We went to their concerts, jammed out to their music, and constantly watched for more content. This adoration lets us believe that musicians can exist in their own societal category, separated from the average concertgoer or pop-rock fan. Yet, placing these artists on a pedestal makes it easy to forget that musicians are not infallible. Musicians need a support system, like you or I, but one that speaks to their unique needs. Today, this specific support system is the SIMS Foundation.

The SIMS Foundation is a nonprofit organization based in Austin, Texas, that provides affordable mental health and substance use recovery services for musicians, musicians’ dependents, and other industry professionals. Founded in 1995, their mission is “to destigmatize and reduce mental health and substance use issues, while supporting and enhancing the wellbeing of the music community at large.”

To understand more about this nonprofit and its increasing importance, American Songwriter sat down with one of the co-founders, Alejandro Escovedo, and current Executive Director, Patsy Bouressa, to chat about the history and future of SIMS.

Escovedo is a musician himself, a storied singer/songwriter who has been touring since the 1970s. He grew up in a large family of musicians in San Antonio, Texas, and kick-started his career by embracing punk rock. After playing for the Nuns, he joined Rank and File then the True Believers. Escovedo also worked on his solo career along the way and released a total of 16 studio albums. All and all, Escovedo was born to be a musician一 there are melodies embedded in his soul. But while music drives and impassions him, it also tried to tear him apart.

“I wasn’t selling a lot of records,” Escovedo stated honestly, “but I was making records that were really expressing something that I really had to say. So, what I’m saying is that as a touring musician, we made our money [by] touring.”

“And the work is hard. It’s so difficult… you’re always being told no. ‘That song doesn’t belong on record,’ ‘you’re not good enough,’ ‘you don’t sing good enough,’ ‘you don’t play good enough,’” Escovedo explained. “The sacrifice that musicians make, and the life of a traveling musician is rarely understood by the fan. Most people don’t really think about the time, the effort, and the psychological wear and tear on a musician who travels.”

“Being a traveling musician, the pitfalls are there一 whether it be alcohol, drugs, women. The hours are long. You don’t come home with a lot of money,” he continued. “There’s a lot that creates a lot of tension in your relationships with people because you’re gone so much. And while you’re out making music and trying to make a living for someone at home [who is] keeping the home fire burning, taking kids to school, washing the dishes, paying the rent, [etcetera]一 it leads to a lot of dysfunction in relationships, and a lot of broken relationships.”

As Escovedo dived into the darker side of the music industry, he emotionally recounted how his life changed in the early 1990s. “My wife committed suicide. I was left with a six-month-old baby girl, who is now 29, and my nine-year-old daughter Maya. That was obviously a very very significant and tragic blow to my life, and to my children. So I tried to raise them on my own and be a musician.”

In the midst of his unimaginable grief, Escovedo’s life trudged on and he did everything he could to support his family.

Then in 1995, Escovedo got a call about another musician’s family who was wading through their own grief. Don Harvey and Wayne Nagel were calling about the suicide of Sims Ellison, the prodigious songwriter and bassist for the band Pariah. Along with Don Ellison, Sims’ father, they wanted to ensure that musicians and musicians’ families were better supported. They strove to stand by the musicians battling mental health or substance use challenges.

With the addition of attorney Walter Taylor, the SIMS Foundation was formed that year in honor of Sims Ellison. Sims had lost his battle with depression but inspired others to take up the fight.

“We started out with 5,000 bucks, which seemed like a lot of money at the time. Immediately we became inundated with people who needed help because we chose to help not just musicians but their families一 anyone that depended on the musician was included,” Escovedo said.

In 1995, and today, the SIMS Foundation is the only nonprofit of its kind. No other organization offers mental health services specifically to musicians and their dependants. Now, on the heels of a global pandemic, SIMS is looking to grow as a guardian of the music industry.

“We really moved away from being a reactionary organization, which we had been historically, to be one that is much more proactive,” Patsy Bouressa told American Songwriter.

“[We are] really focused on wellness and trying to get that message out to people before they’re in crisis. That way we could perhaps get somebody in counseling versus them calling us when everything is completely falling apart and they need a much higher level of care. We’ve been very successful in doing that through our community trainings that we offer to anyone in the music industry… Really just getting out there to educate people that it’s okay to ask for help, even if you’re just struggling a little bit. It’s okay to talk about these issues.”

Bouressa is an impressive mental health advocate, and after obtaining her Masters in Social Work from the University of Texas at Austin, she worked with different organizations to promote mental wellbeing. In her current role at SIMS, Bouressa drives a compassionate message.

“There isn’t any human on the planet who has not struggled emotionally at some point. We all struggle at some point. One part of the human condition is to hit moments in your life where things are untenable. Emotionally you’re not regulated and you’re finding it hard just being human. And when we talk about the mental health side, we’re talking about emotional well-being. There’s nothing wrong with getting a therapist that helps you through that struggle,” she said.

“The other thing is [that] if people truly have a diagnosable disorder, it is not anything different from having a chronic physical health condition. We do not stigmatize people with high blood pressure, we don’t tell them that this is their choice and it’s a character flaw, but we do that for people who have depression or substance use disorder. That’s what I like to talk about一 these are chronic illnesses that are no different than a physical chronic illness, and we need to start to educate ourselves to understand that that is an actual fact… these are chronic illnesses that can be managed, but oftentimes are very difficult to manage by white-knuckling it and figuring it out for yourself.”

SIMS offers a variety of programs and courses to support this message and the musicians who are struggling. Bouressa explained that SIMS has modules that provide education on mental health and how to recognize mental health problems in others. They also offer a module called “Substance Use Recovery 101” that debunks myths and supports people in the recovery process. Additionally, SIMS works with nonprofit called Communities for Recovery that trains music industry professionals to administer the medication that helps someone who has just overdosed.

SIMS offers a variety of other programs that support the well-being of industry professionals and continues to grow its reach.

Bouressa concluded our conversation by describing a world-famous musician that SIMS helped recover from alcoholism via their programs. She emphasized that their work is working. Musicians and their families are healthier because of SIMS. 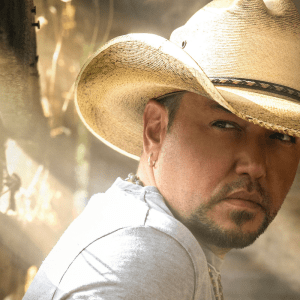 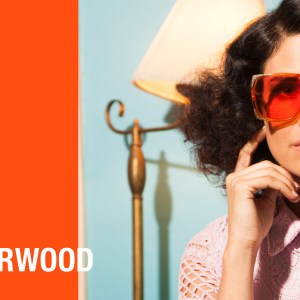