You have to be something pretty special to be Bob Dylan’s hero—and that’s exactly who and what the great American songwriter Woody Guthrie was.

But he also lived many decades ago and while his music and inspiration live on, his quotes and thoughts on life may not be as well known.

That’s exactly why we wanted to investigate and take a look at some of his top quotes. For Guthrie, who was born in 1912 and died in 1967 at 55 years old, music was as essential as air and oxygen. One of the reasons for that was its ability to tell the truth.

So, without further ado, let’s check out what other truths Guthrie told via his top 22 quotes.

1. “Any fool can make something complicated. It takes a genius to make it simple.”

3. “Anyone who uses more than two chords is just showing off.”

4. “If you walk across my camera I will flash the world your story.”

5. “Life has got a habit of not standing hitched. You got to ride it like you find it. You got to change with it. If a day goes by that don’t change some of your old notions for new ones, that is just about like trying to milk a dead cow.”

7. “I ain’t a Communist necessarily, but I have been in the red all my life.”

8. “If you want to learn something, just steal it.”

9. “I’d give my life just to lay my head tonight on a bed of California stars”

12. “I would like to see every single soldier on every single side, just take off your helmet, unbuckle your kit, lay down your rifle, and set down at the side of some shady lane, and say, nope, I ain’t a gonna kill nobody. Plenty of rich folks wants to fight. Give them the guns.”

15. “The best way to get to know any bunch of people is to go and listen to their music.”

16. “The note of hope is the only note that can help us or save us from falling to the bottom of the heap of evolution, because, largely, about all a human being is, anyway, is just a hoping machine.”

19. “One day we’ll all find out that all of our songs was just little notes in a great big song!”

21. “A song ain’t nothing but a conversation fixed up to where you can talk it over and over without getting tired of it.” 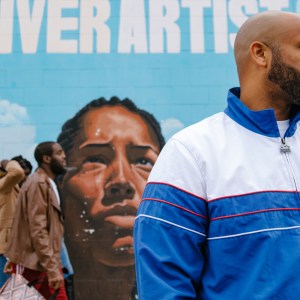