Kicking off with a joyous cello melody, the new song “Beautiful” by The Two Tracks is… well, just that: beautiful.

An Americana quartet hailing from Wyoming, The Two Tracks have made quite a name for themselves since debuting in 2016. The group was founded by songwriters Julie Szewc and Dave Huebner and is grounded by the blending Americana sensibilities, tasteful percussion parts and Huebner’s distinctive stand-up cello. While string bands have a long tradition of avoiding percussion, the power and intensity beaming from “Beautiful” goes to show what a unique outfit The Two Tracks are. Released on June 24, the track serves as the first single off the groups forthcoming record, Cheers to Solitude, which is set to drop on August 14.

“‘Beautiful’ is one of those songs that just spilled out in a single pure moment of inspiration,” Huebner told American Songwriter. “I was on a months-long winter sojourn at my rustic property on the Pacific coast of the Baja California Peninsula and had been playing a lot of very simple, fun music with a fellow camper there. I think the simplicity and fun of those jams is what encouraged me to go ahead and let this two-chord song happen rather than step in the way and try to complicate it too much. It’s a song about how some might look past the beauty and magnificence of this Earth in their beliefs about an afterlife or ‘heaven’ above, when it seems to me that the heaven they seek is right here staring back at us.”

That embrace of enjoying the simple joys of life goes hand-in-hand with The Two Tracks wider artistry. See, the band avoids many of the cliches and gimmicks that have grown common in the Americana world while still championing a natural, Earth-grown sound. In this regard, The Two Tracks are almost like an embodiment of what acoustic music is all about. Sure, you can go to rave or some EDM show and get your fill on massive drops and eardrum-bursting bass, but to hear an acoustic quartet reach a level of dynamic and thematic intensity like The Two Tracks do on “Beautiful” is an immeasurably rewarding experience. It’s pure musicianship, it’s pure excellence, it’s pure Americana.

Listen to The Two Tracks’s new single “Beautiful” below: 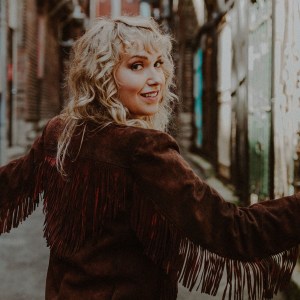 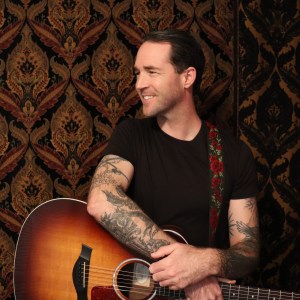